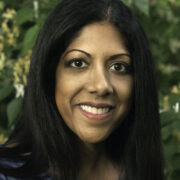 I cannot help but think about the 2016 presidential election when a competent and capable woman was maligned as “crooked” based on some questionable e-mails — while an egomaniacal, bankruptcy-declaring, porn-star paying, anti-woman/minority/gay/foreigner/you-name-it — won the electoral college and started the trainwreck that is his current presidency.

Given Biden’s age, his choice of Vice President is especially important, and the scrutiny of Harris has already begun full-force. First and foremost, Biden’s close advisors were concerned that she was too “ambitious.” It’s hard to imagine this kind of criticism being lobbied a male candidate, as one would think that running for the most powerful position in the world might take hard work and drive.

There was also much talk about the first presidential debate when she sharply attacked Biden over his record on desegregation. While the vindictive and petty Trump would personalize such an affront, Biden understood that it was just politics and was able to be a bigger person and move on. Part of politics is working with former critics — for example during the 2016 primaries Ted Cruz referred to Trump a “sniveling coward and pathological liar,” and Lindsey Graham called him a “race-baiting, xenophobic, religious bigot.” However, during Trumps impeachment, they both worked to help secure a swift acquittal for Trump. Biden realized that what Harris brought to the ticket was much more important than petty grievances.

Similar to attacks on Obama, Trump and his allies have started questioning Harris’s background and are sure to demand to see her birth certificate from California anytime now!  Concerningly, a Facebook post stating that Harris was an “anchor baby” and was not eligible to be president because her parents were immigrants was shared over 2,000 times according to USA today.

Obviously, this is complete rubbish, and Kamala Harris actually represents a true American success story. She was born to two immigrant parents— her mother Shyamala Gopalan immigrated from India to do her PhD at Berkley, where she met and married Donald Harris, an economist. After their divorce, when Kamala and her sister Maya were young, Shyamala raised them alone while working as a cancer researcher.

In her biography, Kamala Harris states that her mother raised her and Maya as Black because she knew that’s how they would be seen by society. However, Shyamala maintained a close connection with her family in India and took her children to visit India several times to get in touch with their Indian roots and their grandparents who were also civic activists.

Many South Asians are claiming that she does not embrace her Indian roots enough. Her mother Shyamala was heavily involved in the Black civil rights movement which is where she met Donald Harris. She continued to be active in the movement after her divorce, and many of her close friends were also very involved in the movement as well, so it was natural to accept them as her community.

I have also read that Shyamala did not think she and her half-Black children would be welcomed by the Indian community in the 1960s, which is not surprising.  While it is often not talked about, the Indian community NOW continues to embrace colorism and the model minority myth despite having greatly benefiting from the Civil Rights movement, and I would imagine that it was that much worse 50 years ago. Shyamala knew that she would be more supported by raising her children as Black Americans but still maintaining her connection to her Indian family.

In addition to her family background, Republicans have been having a field day attacking Harris’s personal life, specifically her relationship over 20 years ago with Willie Brown, an influential former San Francisco mayor who was known to have many girlfriends despite being married. One journalist noted “If all it took to make it in politics was dating Willie Brown, then every job in the government would already be filled.”

Another fledgling politician who was greatly helped by Brown around the same time was Gavin Newsome, the current governor of California. Newsome himself has decried the targeting of Harris and states that he was helped at least as much as she was by Brown, yet he has never been attacked for this. The double standard of criticizing Harris’s personal life while supporting Trump, who cheated on all three of his wives, is mind-boggling.

Personal attacks aside, Republicans have yet to coherently attack Harris on actual policies. Like Biden, she is a centrist on most issues and is pro-choice, pro-gun control, pro-LGBT and immigrant rights and has supported a hybrid public/private Medicare-for-all option. She also made a name for herself as tough on crime while working as a prosecutor for 26 years in California.

While this may shake Trump’s portrayal of Democrats as soft on crime, many left-leaning Democrats and African Americans are wary of her record of penalizing parents of truant children, opposing police body cameras and upholding wrongful convictions. However, her legislation supporting jail time for parents of truant children did have the effect of cutting truancy in half, and without actually imprisoning any parents for this.

She has also steadfastly opposed the death penalty throughout her career, even when it was not politically expedient to do so. Most of the controversy seems to center around actions in her early career, and her stance seems to have evolved. More recent statements show support for defunding the police, and she has also spoken out eloquently against racial injustice and systemic racism. Civil rights activist Shaun King (who was involved in the Ahmaud Arbery case) has given his support to Harris crediting her changing viewpoints on criminal justice and calling her “the most progressive VP nominee in American history.”

By choosing Kamala Harris, Biden is honoring the minorities, women, and younger generations who make up the backbone of the Democratic party, despite the top leadership being mostly old, white and male. He is proving that he doesn’t just talk the talk about inclusion and diversity, he can walk the walk.

With over 160,000 Americans dead from a bungled COVID response, to the Fascist deployment of federal agents in Democratic cities, to trying to suppress voters by secretly dismantling the postal service, Trump has shown himself time and time again to be a dangerous, unstable and divisive leader, and we cannot risk four more years of destruction.

Kamala Harris is being attacked, as women often are, because she doesn’t neatly fit into a box—she has been criticized as too ambitious, but not qualified; not Black enough, but also not Indian enough; too supportive of LGBTQ, immigrant and women’s rights, but not progressive enough. Now is not the time for bickering, infighting and lobbying criticism at Kamala Harris because she doesn’t fulfill everyone’s criteria — the Republicans will have plenty of that.

While no candidate is perfect, a Biden/Harris ticket is the only reasonable choice in November and the only way our country can get back on course. Some people may choose to abstain from voting in protest of a less than ideal candidate, but your abstention will not change the system. It will be taken as apathy and laziness and those in power will continue to exploit it. In fact, they are counting on it to maintain the status quo. The only way to change a corrupt system is to change it from within, and Kamala Devi Harris has been doing that her whole life.

Preeti Roy is a physician and author. Her soon-to-be published first book called “Adventures in Datingland” is a comedic look at modern dating from the perspective of an Indian American feminist. It also addresses societal issues pertaining to Indian and minority cultures. You can see more of her work at preetybyrd.com. Currently she lives in the Midwest with her adorable furbaby Lucy.