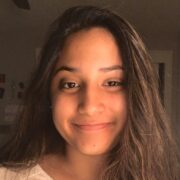 The heart of this proud country bleeds a million different colors — colors that have evolved from one another, intersected with each other, blended together, to form the America we know today. At the foundation of this history, however, is one color, one race that has enabled us to progress to where we are now. Were we to scrape off the evenly-laid cement on our sidewalks and rip out the grass on our perfectly manicured lawns, we’d see the dried blood that once flowed from the backs of African-American slaves, from the hearts of our black brothers and sisters who fought for their right to live. For our right to live.

The movements and work inspired by the centuries of effort and resistance that black individuals have dedicated their lives in this country have engendered an era of diversity and opportunity for people of all communities in America. As an Indian American youth, I recognize that the reason I can call myself a first-generation American, the daughter of immigrant parents, is because of revolutionary events such as the Civil Rights Movement.

People like Bayard Rustin, the primary organizer of the March on Washington and an advocate for Gandhi’s philosophy of non-violent change, paved the way for oppressed groups in America including members of the LGBTQ+ and black communities to fight for their right to equality and suffrage. His passionate pleas for change alongside those of others such as Dorothy Height, another leading organizer of the March on Washington and a championing voice for the rights of black women, transformed 1960s America into the decade of hope. But hope did not come easy.

Hope is a luxury many of us can afford today only because of the bloody battles fought in generations past. Fists pumping in the air, eyes watery from the tear gas, black bodies piled on the street. People like me, living in America, only know hope because of the wars fought for the sake of our lives now. It is because of this, the remembrance of the truths of my history, that I take pride in being an Indian woman in America.

For too long, I had rejected my South Asian identity because I believed it to be a weakness, an inhibition to my success in a country that reveres “white-ness” as the ideal for beauty, talent, and progress. As a young girl, especially, I denied the part of my identity that was filled with the festivities and rich culture of the Hindu community and convinced myself that I could suppress the history and background that came with my skin color.

But now, after educating myself about the challenges confronted by black individuals in this country and spending time to think about what it means to be a young South Asian-American, I’ve realized that I have a responsibility to perpetuate the fight to empower historically underrepresented and marginalized communities. As a result of the change brought about by the revolutionaries of the Civil Rights Movement, by every man, woman, and child who stood their ground in the face of police barricades, I now have the privilege to speak my own truths and work to inspire hope for the generations that follow mine.

What I’ve learned in the process of figuring out these truths is a concept that transcends every category and classification of identity. From the passionate black woman holding a sign above her head and marching miles in a Black Lives Matter protest to the confident drag queen leading the pride parade in June, the ultimate battle is the fight for humanity. To fight for the recognition of our humanity. My humanity is derived from the complex intersections between my Indian heritage and my American upbringing, from the bicultural experience that informs my unique perspective on human rights, politics, and justice. In every community, just like mine, we are all fighting for the representation of our multi-dimensional human natures because it is this synthesis of various aspects of our identity that enables progress and positive social change.

With this goal of progress in mind, I have made it my priority to advocate for the representation of the voices that have too often been forced into the shadows, voices deemed “unconventional” or “irrelevant” because of the uncomfortable truths they bring to light. It is our collective responsibility to ensure that the work of the past is continued into the future so that we can combat injustices on all fronts and take ownership of our debt to the change-makers of the past.

I say this to all young individuals who are still reconciling the multiple facets of their identities, to all minority groups, to my fellow South Asians: we owe it to the black lives who bettered this country and unlocked a world of opportunity for people of color like ourselves. Beneath the patriotic colors this nation takes pride in, beyond the spectrum of skin colors from ivory to deep brown, America’s heart  runs blood red with the pain, passion, and power of the fighters who came before us. We must remember our history and use it to fuel change in the future.

Meghna Sudhakar is an incoming student at Carnegie Mellon University where she will be majoring in Business Analytics and Statistics. In college, she hopes to continue her activist work fighting for the protection of our human rights. Meghna’s essay was declared the second runner-up in the high school category at an arts and essay contest organized by Hindus for Human Rights and the Indian American Muslim Council.