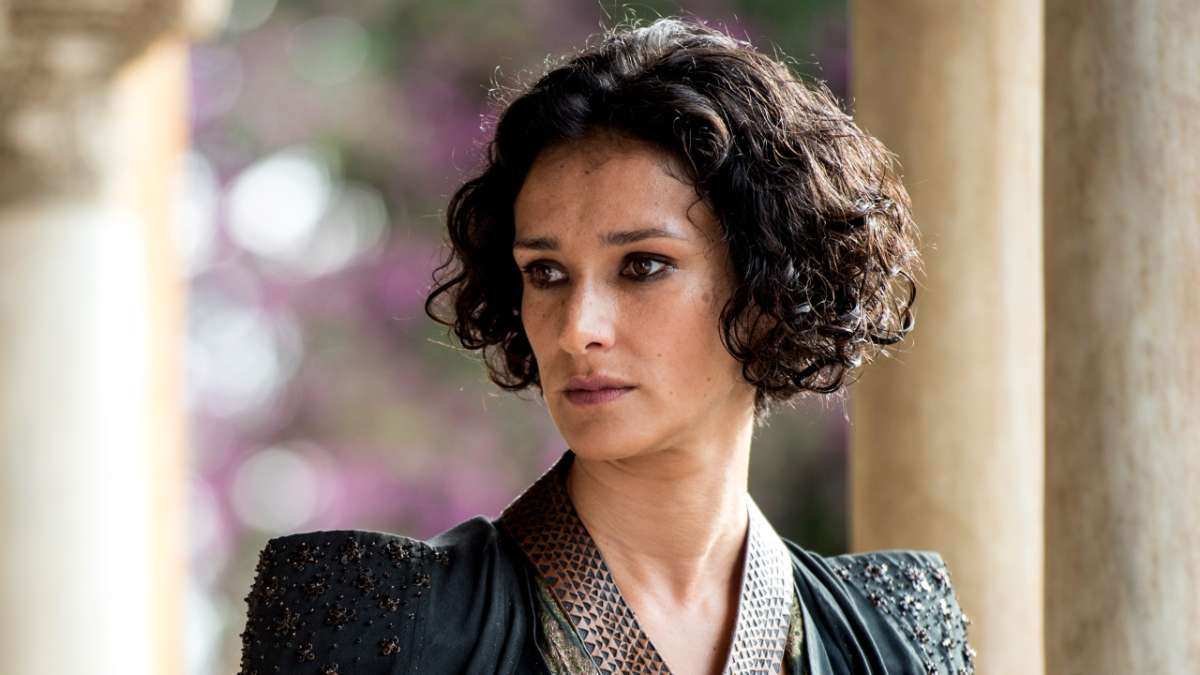 Ground Beneath Her Feet: Sunayana Dumala, Widow of Srinivas Kuchibhotla, On Life After Tragedy

The cast for popular action spy series “Mission: Impossible 7” just got a whole lot bigger, with British Indian actress, Indira Anne Varma (“Game of Thrones”) joining the star-studded cast. Director Christopher McQuarrie announced on March 18 via Instagram that Verma, Cary Elwes Rob Delaney, Charles Parnell and Mark Gatiss (“Sherlock”) are part of the Tom Cruise’s spy thriller, which has been filming through 2020 and 2021, even amid the pandemic. The announcement was along with black-and-white teaser images of each. Separately, Paramount Pictures also confirmed that Greg Tarzan Davis will also star in the film.

The actors join an already hefty ensemble, including returning stars Vanessa Kirby, Rebecca Ferguson, Ving Rhames, Simon Pegg, Angela Bassett and Henry Czerny, as well as newcomers Pom Klementieff, Hayley Atwell, Shea Whigham and Esai Morales — who replaced Nicholas Hoult last year as the film’s villain when “M:I-7” had to shut down due to the pandemic.

Varma, 46, who is currently starring on the ABC drama, “For Life,” where she plays a reform- minded, gay prison warden, has carved out an incredible career onstage and on-screen. According to her IMDb bio, Varma’s television credits include the award-winning hit HBO series, “Game of Thrones,” where she played the ruthless Ellaria Sand, the paramour of Oberyn Martel; “Luther” (BBC), where she played humanitarian lawyer Zoe, whose grace contrasts with her explosive detective husband (Idris Elba); “Silk” (BBC), “Rome” (HBO), “Human Target” (Fox), “Paranoid” (Netflix), the Emmy Award-nominated drama, “Patrick Melrose” (Showtime/Sky Atlantic), starring Benedict Cumberbatch, and “This Way Up” (Channel 4 and Hulu).

Varma, an only child, was a member of Musical Youth Theatre Company and graduated from the Royal Academy of Dramatic Art (RADA) in London, in 1995. Raised in an arty home by her Swiss mother and Indian father.“My dad wasn’t keen on me having an acting career,” she tells The Guardian adding, “he’d just throw at me, ‘You should be a doctor.’ Utterly ludicrous. I was crap at science.”

She went off to the RADA. She remembers RADA as “great, but quite intimidating.” Varma tells The Guardian: “We all go through moments of self-doubt and going, ‘I’m the mistake.’ Or, ‘Maybe I’m not right for this. I don’t fit into what I think the theatre world is. I’m not useful to that world yet.’ To begin with, I felt like that.” Talking about the fun of acting as a child, Varma tells The Guardian, “There’s something so pure about being able to mess about, where there are no expectations.”

Varma, is probably best known for her debut in Mira Nair’s “Kama Sutra: A Tale of Love,” (1996) and Gurinder Chadha’s Bollywood Austen makeover “Bride & Prejudice” (2004) opposite Bollywood star Aishwarya Rai. Varma was a hoot in matching Burberry cap and bikini in “Bride and Prejudice”, playing the aloof Caroline Bingley to the hilt. She also played the role of Piety Breakspear in the Amazon original series, “Carnival Row,” starring Orlando Bloom and Cara Delevingne. Varma, a method actress, also appeared as Shami Chakrabarti in the thriller, “Official Secrets,” with Keira Knightley, Ralph Fiennes, Matthew Goode and Matt Smith. She has a prolific theater career as well including Shakespeare’s “Titus Andronicus” (Globe Theatre), “Man and Superman,” “Othello,” “Twelfth Night,” “The Vortex,” “Dance of Death,” and “Privates on Parade,” among others.  Varma will also star opposite Ewan McGregor and Hayden Christensen in the upcoming Obi-Wan Kenobi series for Disney+. She lives with her husband, actor Colin Tierney and their daughter Evelyn, in Hornsey, North London.