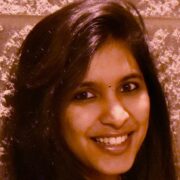 In today’s ultra-modern world, it is everybody’s dream to have an ever progressing career arc and for their children to excel in school. This big dream demands a hectic, energy-draining, time-intensive daily routine. With this, one ends up with many problems such as stress, emptiness, relationship issues, physical and mental health crises.

But what if all you need to do is look beyond the earth to solve many of these problems? Sun is the source of life on this planet and has been worshipped in the Indian and many other ancient civilizations such as Egyptian, Mayan and Aztec. More than five thousand years ago, sages in India, also known as rishis developed a Yogic practice called Surya Namaskara (Sun Salutation) to help one break free from the compulsive patterns of life and bring stability.

The food we eat, the water we drink, the air we breathe and the human body itself has an element of the sun in it. Within the human body, the solar plexus, called the Manipura Chakra in Sanskrit, is said to be associated with the sun.

This chakra located in your stomach area is responsible for confidence, self-esteem as well as helping one feel in control of life. Surya Namaskara is performed as a continuous sequence of postures or asanas along with focused breathing designed to bring body, mind and breath together to work in harmony.

One set of Surya Namaskara consists of carefully sequenced 12 postures with each posture having its own benefits. When performed regularly, Sun salutation expands the solar plexus and thereby imparts creativity, intuition, leadership skills among other benefits. Though it can be performed during any time of the day, the most beneficial time is just before sunrise and helps revitalize your body and freshen up your mind for a productive day.

Since 2006, HSS has been organizing a nationwide outreach initiative every year called Surya Namaskar Yajna (SNY) — The Health for Humanity Yogathon around mid-January to create awareness about yoga and its usefulness in attaining a healthy body, intellect, and spirit.

Since its inception, participants from different parts of the nation have actively taken part via Yoga Centers, community organizations, schools and colleges and have collectively performed over 4 million Surya Namaskars.

This year, the 16-day initiative began on the day of Makar Sankranti (January 14th) — a Hindu festival celebrated worldwide that marks the change of season as the Sun enters the sign of Capricorn or Makar.

The program is open to all people irrespective of race, age, gender, belief, or background. Once again this year, HSS volunteers conducted SNY activities for thousands of school students and teachers.

Additionally, HSS invited yoga teachers and studios in-order to recognize their contribution in promoting yoga and hundreds of them joined this effort in helping people benefit via the practice of yoga.

In just 16 days, participants have collectively performed nearly 730,000 Surya Namaskaras. Elected government representatives and various community leaders across the country have appreciated this initiative and encouraged participation in the interest of community well-being.

HSS is a U.S.-based voluntary non-profit that conducts education programs through hundreds of branches nationwide to instill among its members a spirit of selfless service.

For more information on the Yogathon and other upcoming events, visit https://www.hssus.org/.

Maitri Hegde is a travel enthusiast working in a Chicago-based information services company. Outside of work, she volunteers for various community service activities in the greater Chicago area.