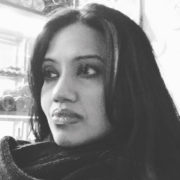 The last several weeks I have been in somewhat of a rut, which I am just now starting to emerge from. The recent horrific killing of George Floyd by officer Derek Chauvin, yet another senseless killing of an unarmed black man by the police was the inevitable tipping point in the U.S. Like so many, I was sickened when I saw the video footage. Enough was enough. The ripple effect of this horrific incident was felt around the world.  This was the long overdue wake-up call for all Americans – to finally recognize not only the deeply rooted systemic racism towards Black Americans, but also our own complicity in the process. It has forced us all to introspect and understand that this is not a ‘Black problem,’ this is a human problem.

Witnessing recent events on the on the other side of the world, in India, against the backdrop of Covid19 where the brunt of the disease has fallen on the most disadvantaged populations in India and in the U.S., has made me reflect a lot about privilege and what it means, in both sides of the world. Having experienced racism in my formative years, much of my perspective has been shaped by these experiences. Higher education, study, and experience both in my professional and personal life exposed me to a more subtle and systemic form of racism in the U.S. I begin to understand the power structures deeply embedded in society, and how disparities are vicious, cyclical, and part of a much larger problem.

In the U.S., I have often thought of privilege as ‘white privilege’ – unearned social advantages and/or the freedom of not having negative assumptions or stereotypes associated with one’s skin color. Disadvantage (as opposed to privilege) implies lack of safety, a level of respect, dignity, and fair opportunities/advantages – a constant fear of a backlash and roadblocks in every corner. It starts with the system and the larger ecosystem reinforcing it, and it ends with the disadvantaged wired to it and believing it is poetic justice. Just as the same way, the ‘privileged’ would be conditioned to get that ‘extra’ help to get by the daily routine and climb up the rungs of life with a little bit less effort – often at someone else’s (who may be invisible or known) expense.

Without realizing it, so many of us, in very subtle and self-conscious ways, are trying to enhance and flaunt our privilege. Within and across groups — wishing the status-quo for the relatively less privileged or disadvantaged. It is a social mindset, and a human addiction. This mindset is pervasive across the human race in different forms and to varying degrees of viciousness. Addressing these systemic stereotypes of disadvantage and privilege requires a lot of introspection and change on both at an individual behavioral level (micro) and at a societal or policy level to affect real, discernable change. A responsibility that needs to be shouldered by all of us.

When I moved to India, one of the less comfortable transitions was that of not being a minority anymore and to a part of the privileged majority. Much of my identity and politics were shaped by my experiences as a minority woman in the U.S. – I had a very clear understanding of my privilege as well as its limitations and had formed a sense of disdain and resentment to ‘privilege’ and never wanted to encourage or practice it. In India, I was baffled by the societal divisions which were far more complex, because of the hierarchies, categorizations and associated behaviors embedded with the differences.

While I intuitively understood economic divisions, – the categorizations and stereotypes were also deeply embedded based on religion, caste, class and education. There were subtle indicators of privilege, things that I had taken for granted such as speaking English, being from the U.S., belonging to a particular caste, having a particular branded item which immediately placed me in a kind of social bracket and therefore earmarked my level of privilege, which for me, always held negative implications because it implied a certain level of entitlement at another’s expense.

In India, the most disconcerting behaviors associated with privilege manifests by thrusting one’s entitlement and superiority over the disenfranchised by shaming them and robbing them of their human dignity – the way many people (not all) treat street side vendor, a maid, a driver or a rag picker for that matter. What was particularly confusing was that it seemed as though these hierarchies were an expected and understood part of the social system, where everyone knew his/her place in the ecosystem and how they functioned. That I could not comfortably embrace or enforce my ‘superiority’ was an issue because quite frankly I did not feel I was superior to anyone.

What was particularly disturbing was the way in which behaviors associated with hierarchy were justified and even rationalized – by both the perpetrator’s sense of privilege and the victim being disadvantaged, and therefore ‘inferior.’  Thankfully, having married into a family where hierarchies held little importance, there was less conflict in the safe confines of our house. But outside of the home, even in extended family and close circles, there was a constant dissonance inside. I was raised to have a sense of compassion and to value all human life, irrespective of their status, however it almost seemed as though the ones on the lower rungs of society’s social hierarchy were always supposed to live in the margins of our consciousness and remain invisible or dispensable.

At a societal level, this lack of sensitivity raised its head in the form of the plight of the migrant workers in India during the onset of Covid19. An administrative dictat or ‘casual oversight’ (whichever way you look at it) on the part of the government gave the impression that no one had factored in their predicament. This resulted in tens of thousands of workers, heading home on foot or other makeshift modes of transport in the most dismal of circumstances as the government scrambled to find a solution. Quite ironically, a few weeks earlier – with much publicity — special care was taken to bring Indian citizens stranded in other parts of the world back to India. This dichotomy speaks volumes about the attitude towards the less privileged in society – they simply do not exist, or somehow their lives are not worth as much – not so different from the attitudes in the U.S.

What is concerning is that that privilege dehumanizes those on the bottom rungs of the ladder to the point that we stop seeing, listening, or caring for disenfranchised populations. When we start believing that our lives are worth more than others because of our privilege, and when we start treating lesser privileged communities’ lives as dispensable, we begin to witness the decay of humanity.

What both incidents have shown is the need to unpack and do a real stock taking of our lives. If there is one thing that Covid19 has shown us, it is the need for societies to correct themselves, on a micro level through serious introspection and concerted efforts to understand, empathize and support disenfranchised communities, and on macro-level, lobbying for changes in policy that will support such communities by providing the necessary needs of support and overall improvement of livelihood.

What gives me hope is to see that there is more than a critical mass of people who are fighting off these stereotypes. Many concerned citizen groups are now owning the problem and taking responsibility to make a difference to solve the problem – from the ‘Black Lives Matter’ protests in the U.S., to citizens in India taking ownership of the migrant worker crisis, slum-dwellers, etc. It is a refreshing reassurance that goodness and compassion give joy to many. However, it is important to take cognizance that survival and privilege are first instincts of an overwhelming majority. This is a deep-rooted evil, which may take generations to change – but we need to keep talking about it, changing ourselves and chipping at its roots persuasively till it is destroyed and a new order becomes the norm.

Sonali Mishra is an Odissi dancer, researcher and writer, currently based in Odisha. She holds a BA in English from the University of Michigan’s College of Literature Science and the Arts, and an MS in Public Policy and Management from Carnegie Mellon University’s H. John Heinz III School of Public Policy and Management. Sonali pursued parallel careers in New York as a researcher in the nonprofit sector as well as an Odissi dancer. As an artist, she has traveled throughout the U.S., Europe, India, and Canada to teach and perform. She is the 2018 recipient of the Aarya Award for Women Achievers in the field of Art and Culture by the Parichay Foundation, and the 2020 recipient of the Devi Award. In 2011, she relocated to Bhubaneswar, Odisha, India, where she continues to train, perform, and conduct her research. Sonali has written for attenDance, Narthanam, and ArtsJournal. She founded the online magazine, Global Rasika [www.globalrasika.com] in 2014. Sonali loves reading, writing, art, travel and coffee. She can be reached at surya20@msn.com

As a Hindu Girl Living in the American South, I Understand the Struggles of Blacks and Dalits