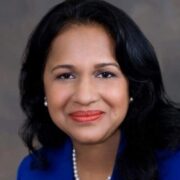 ‘Gunjan Saxena: The Kargil Girl’: First Female Combat Pilot Fights Enemies in the Sky and Sexism on the Ground

When Kamala Harris announced that she was running for President on January 21, 2019, the first thing I did was donate to her campaign. I was excited and energized that a smart, confident woman of Indian and Jamaican heritage was running. When she ended her campaign months later, I was disappointed but felt she had made the right choice.  Despite the fact that she was smart and had a history of fighting for the people, she was a young black woman and I felt that America was not ready for her. I was wrong.

When it came to the choice of a running mate, Joe Biden had a tough task. There were several extremely well-qualified candidates. Elizabeth Warren, smart, yet down to earth, a candidate who stayed away from big donors and special interests, had a plan for everything and was ready on day one. Susan Rice, who was unanimously confirmed as U.S. Ambassador to the U.N. and had years of experience in government, was also a strong contender. And there were others. I waffled from time-to-time as I studied the candidates, but when I listened to Harris speak in Wilmington on Aug. 12 with Joe Biden beside her, I knew he made the right choice.

So why Harris? What does she bring to the ticket, youthful energy and ethnic diversity aside? She has years of experience fighting crime and advocating for the oppressed.  She is a great debater and can argue a point forcefully and concisely. She is strong and compassionate. And she intimately knows the political landscape. Her ability to connect with the public was on display during her ‘acceptance’ speech.  Listening to her, I am convinced that she will have our backs and fight for what is fair and just.

She has been on the national stage and has name recognition. Biden knew she could handle the pressure of a campaign. And unlike Warren, she could not be labeled as part of the “extreme left,” as much as the Republicans might try.

She was articulate, thoughtful, and showed that she cared about the American people.  She has also demonstrated that she believed in and would fully support Joe Biden. She pointed out Trump’s failings as a President clearly, without being vindictive or mean spirited. In fact, she was the embodiment of strength, confidence, and grace – everything that Trump isn’t.

I am confident she will lead Biden to victory. In order to do so, she needs to bring together progressives, independents, and Republicans. Though criticized by the left for not being progressive enough, she actually received a score of 96.76 and an A rating by Progressive Punch, based on her voting record. Yet as a prosecutor and Attorney General, she has been tough on crime – a fact that should appeal to independents and Republicans. She has not let herself be boxed into the more extreme positions touted by some of the progressive candidates. But it is clear that she will work hard to uplift the working class, those hardest hit by our current economic crisis, help protect our environment, and restore America’s standing in the world.

By picking Harris, Biden demonstrated that he is a strong advocate for women and minorities. This is a historic pick. There is no reason a highly qualified woman of color should not ascend to the highest ranks of leadership, in business and in politics. Sadly, gender bias has historically kept women from ascending to top positions in the U.S. By picking Harris, Biden has made a huge crack in the glass ceiling. This historic choice is a win for women, for minorities, and for America.

Undoubtedly, Harris will be attacked by Republicans. Ironically, she is a woman who defies labels. Trump’s team has accused her being the “radical left” and also of not being progressive enough. Unable to put forth any cogent arguments against her candidacy, Trump used his favorite pejorative, calling her a “nasty woman.” Harris should wear that label as a badge of honor while she leads Democrats to victory and our nation to a better future.

Kamana Mathur is an immigration attorney and former U.S. diplomat. She is also a contributor to the book, “Inspired Entrepreneurs.”