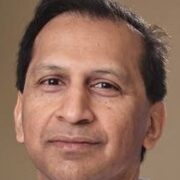 The recent anti-Hindu, anti-Modi advertisement taken out in the New York Times by several organizations, many but not all of which are Muslim, appears at first glance to be a noble, altruistic plea to the American people, admonishing us to beware the purportedly evil, albeit democratically elected government of Prime Minister Modi and his party, the BJP. Invectives are a media prerequisite to describe the Hindus and the BJP, which must always be prefaced with inflammatory adjectives “right-wing, Hindu nationalist/Hindutva BJP,” much as the Republicans must be cast as “racist,” Democrats as left-wing socialists, or American Christians being associated with white supremacy.

While some of the claims in the ad may have a kernel of truth, the omission of regional geopolitical comparison belies honesty. The preamble states “India is at serious risk of mass killings according to the U.S. Holocaust Memorial Museum and other organizations.” The Holocaust Memorial Website, from March of 2022, states that India ranks second in this year’s Early Warning Project Statistical Risk Assessment, which is largely based on crowd forecasting and public opinion polls, that they claim to be accurate.

By their own methodology, Pakistan, an Islamic state, ranks first at risk of mass killings, something conveniently omitted in the advertisement. The data on actual ongoing mass killings states that in India, the only mass killings are non-state-led and perpetrated by Maoist rebels. It would behoove the public to look at the list, containing several countries with both state and non-state-led mass killings, none of which are Hindu, but several are Islamic. The sad reality is that many of the crimes committed by extremist Islamic groups, which are condemned by the majority of mainstream Muslims, are often against Muslims, for example, Sunnis against Sufis and Ahmadis in Pakistan, or Sunni vs. Shiites in Afghanistan, Pakistan and even here in the U.S.

One of the endorsers of the advertisement, Hindus for Human Rights, states that “we are committed to the annihilation of caste, and the right to equality for Dalits, Bahujans, Adivasis and all communities that have been marginalized by our traditions.” India outlawed the caste system in 1950, nonetheless, social hierarchy and restricted social interaction continue among the population due to petty human biases, not dissimilar to what happens in practice in other eastern and Western civilizations. It is insincere, however, to deny the real progress that has occurred over the last few decades or to omit that caste hierarchy is present even among Muslims, Christians, and Sikhs in South Asia.

Prime Minister Modi himself is from what was characterized as a backward class; the previous Indian president was the second Dalit to occupy this office, and the current Indian President is a woman from one of India’s tribal regions, which does not disprove that oppression is still present, but can hardly be considered marginalization, any more than minimizing the significance of racial progress in the U.S. by the election of Barack Obama as President.

Perhaps Hindus for Human Rights should equally focus their efforts on the loss of women’s freedoms in Afghanistan under the Taliban, after our ignominious withdrawal, or advocate for LGBTI rights in Islamic countries that impose the death penalty for consensual same-sex relationships, as outlined by the United States Commission on International Religious Freedom. Even abortion is legal in India, without restrictions, as is the prosecution of “marital rape.”

In June of this year, Prime Minister Modi and the BJP were victorious in Rampur which has more than 50% Muslims and Azamgarh with over 40% Muslims, as well as Deoband with a 70% Muslim population. Clearly, many Muslims in India support the policies of Modi and his party, due to the real social and economic progress that has been ushered in by his government. According to a Pew Research survey, 19% of Muslims voted for Modi in the 2019 election compared to 49% of Hindus.

Relatively few Muslims (24%) felt they faced a lot of discrimination, similar to the share of Hindus (21%), despite the population being about 79% Hindu and 15% Muslim. The data do not support the widespread media depiction of India becoming a dangerous, fanatic state under Modi. There is certainly a distasteful minority of BJP supporters who threaten non-Hindus, which is the very antithesis of Sanatana Dharma (the original indigenous Sanskrit term for Hinduism) which details a list of duties and practices to be followed, including virtues like honesty, goodwill, patience and generosity.

Modi and the BJP’s Achilles heel has been the failure to unflinchingly decry those extremists who commit such crimes falsely in the name of Hindutva. It is equally important, however, that Pakistan openly condemn the genocide of nearly 3 million Bengali Hindus under the orders of then-Pakistan President Yahya Khan in 1971, or the 1989-1991 Kashmir Hindu genocide.

There are extremists among all racial and religious groups, including Hindus, Jews, Muslims, Sikhs, Buddhists, Jains, and Christians. We should be honest to acknowledge that these miscreants represent a small but destructive minority of each group. The sweeping condemnation of an entire political party or religious viewpoint, as are the accusations against Modi, the BJP and Hindutva, is nothing short of dangerous, disingenuous propaganda that may lead to more polarization and hate crimes against Hindus by a minority of Muslims and others, as has recently occurred in Leicester, UK.

Even the BBC was guilty of journalistic malfeasance, by fueling the flames of this incident with false narratives. Jews, Muslims and White Christians are also subject to unwarranted disparagement in our current polarized climate. We must never forget the crimes of the past or the events that allowed them to happen, but at some point, we must forgive the descendants of those who committed such sins to avoid repeating the mistakes of the past. Most Indians have moved on from the indignation of history and subjugation by Mughal or British Colonial rule to now become the fifth largest economy in the world.

It is ironic that the positive attributes of Hinduism, one of the world’s few religions that is not only tolerant, but accepts other faiths, does not proselytize, and produced the pluralism of India, is hardly emphasized, despite being eloquently expressed by Swami Vivekananda at the 1893 World Parliament of Religions, held in Chicago.

It’s time for leaders and followers of all faiths and countries, as well as the media, to stop fanning the flames of communal violence and refrain from over-zealous political or religious proselytizing.

We should heed the warnings regarding the dangers of propaganda as noted in the U.S. Holocaust Memorial Museum Encyclopedia about the Nazi media machine: In 1924, Adolf Hitler wrote that propaganda’s “task is not to make an objective study of the truth, in so far as it favors the enemy, and then set it before the masses with academic fairness; its task is to serve our own right, always and unflinchingly.”

Raman Mitra MD, Ph.D. is an academic cardiologist who keeps his finger on the pulse of medicine, music, politics and religion. His opinion pieces have appeared in Newsweek, the Daily Pennsylvanian and the Philadelphia Inquirer. He lives near New York City. All opinions expressed are his own.