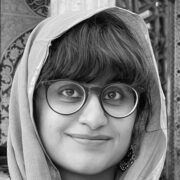 In an accusatory response to an advertisement in The New York Times — endorsed by a host of progressive U.S.-based, human rights organizations — which condemned religious persecution in India, an Indian American cardiologist pointed fingers at Hindus for Human Rights. Called it a“miscreant.”

Why Did We Publish the Advertisement?

The advertisement dated Oct. 2, which is the birth anniversary of Mahatma Gandhi—the guiding light of peace and secularism in India and across the world— calls out the Indian government for frequently attacking religious minorities and disenfranchising Muslims in India. The letter also highlights the state of millions of citizens, especially Muslims and Dalits and how they are facing religious persecution under the leadership of India’s current Prime Minister, Narendra Modi.

In response to the advertisement, Dr. Raman Mitra, an Indian American cardiologist from Manhasset, NY, decried the advertisement and called it “anti-Hindu” and “anti-BJP” in his op-ed published with American Kahani on Oct. 28.

This article is a response to many of the unfounded claims that Dr. Mitra makes against the activism of hundreds of human rights defenders, who are fighting tooth and nail to combat human rights abuses in South Asia.

The manner in which Dr. Mitra uses the adjective “anti-Hindu” to resist any opposition that the BJP faces, corroborates the fact the ruling party of India does in fact, use communal ideas, or rather Hindutva— a political ideology that advocates for Hindu hegemony—as a tool to leverage its political gains.

The Bharatiya Janata Party or the BJP is India’s ruling party and is widely known for being affiliated with and guided by the Rashtriya Swayamsevak Sangh (RSS), a paramilitary organization whose leaders were inspired by Nazi Germany’s treatment of its Jewish minority.

We at HfHR chose to join the advertisement in the Times because we want the world to wake up to the danger of Hindutva rule in India, and because freedom of speech is quickly dwindling in India, making it one of the most dangerous places for journalists in the world.

On Calling Us “Extremists”

In his article, Dr. Mitra refers to the group of organizations, including HfHR, which endorsed the advertisement, as “extremists” and calls detractors of the BJP government a “distasteful minority.”

Ironically, views such as those espoused by Dr. Mitra are really a minority among the Indian diaspora. A survey conducted by the Carnegie Endowment for International Peace revealed that 53% of Indian Americans believe that Hindutva is a threat to Indian democracy.

The same survey showed that 69% of Indian Americans oppose the Indian government’s crackdown on the media, and 65% oppose police use of force against peaceful protesters.

Unfortunately, many Indian Americans such as Dr. Mitra chose to ignore the hard truth, that it is in fact, the BJP and its hate-ridden politics that is extreme. It is disturbing to learn that a few South Asians who live abroad, and who must have a louder voice to advocate for minority rights in South Asia, choose to look away and support a regime that strips people of their basic human rights and dignity.

Dr. Mitra also writes that HfHR must expand the scope of its work and focus its efforts on the status of women in Afghanistan and LGBTI rights in Islamic countries, instead of browbeating the BJP and disrupting its work.

While HfHR lends its support to human rights all across the globe, it particularly specializes in advocating for human rights in South Asia and North America.

“Modi and the BJP’s Achilles heel has been the failure to unflinchingly decry those extremists who commit such crimes falsely in the name of Hindutva,” Dr. Mitra writes.

In reality, the BJP government has systematically tried to crush any sort of dissent at a policy level since it came to power in 2014.

In 2019, the BJP amended the draconian Unlawful Activities Prevention Act (UAPA), turning it into a harsh law that lets authorities arbitrarily arrest individuals, making securing bail for many journalists and activists extremely difficult. According to data from India’s National Crime Records Bureau, 1,948 people were arrested under the law in 2019, increasing by almost 37 percent from the previous year, before the law was amended.

While hundreds of innocent individuals slapped with false charges under the blanket of UAPA languish in jails, police often ignore similar offenses committed by BJP leaders.

Earlier in 2020, the Delhi police—also an appendage of the central BJP government— were seen charging peaceful protestors with batons and shelling them with tear gas.

What’s more is that key leaders, who are also propagators of Islamophobia and misogyny, make hate-ridden speeches brazenly. Yogi Adityanath, the chief minister of Uttar Pradesh and BJP’s poster boy for Hindutva, was found to project his anti-Muslim hate openly in at least 34 speeches. In his speeches, the Hindu monk is often found degradingly calling Muslims rioters, terrorists, mafia, etc.

Dr. Mitra’s fiery use of the phrase “such crimes” to describe the advertisement, seems to be a crafty way to incriminate those who exercise free speech to raise the issue of human rights. According to Amnesty International’s 2021 report on India, outspoken journalists and activists were frequently threatened with the use of financial laws.

Dr. Mitra also seems to have taken offense at the use of the term “mass killings” (of minorities) in the Times advertisement.

“Attacks continued against minorities, especially Muslims, even as authorities failed to take action against BJP leaders who vilified Muslims and BJP supporters who engaged in violence,” according to the 2021 Human Rights Watch world report. In 2020, there were 57 internet shutdowns in Jammu and Kashmir amidst rising media censorship in the country.

Data also shows that between 2015 and 2020, there was a 45% rise in cases of reported rapes of Dalits. The 2022 annual report of the National Crime Records Bureau (NCRB)— an agency of the Indian government— revealed that atrocities against Scheduled Castes (SCs), which includes Dalits, have increased by 1.2% in 2021.

Nearly 26% of these crimes were reported in Uttar Pradesh— the political turf of Yogi Adityanath — the same ascetic monk who also makes incendiary remarks against Muslims.

This year Genocide Watch warned of an impending genocide against Muslims in India.

Lastly, our advertisement can neither be distasteful nor extreme. After all, we were merely exercising our freedom of speech, our right to express ourselves — enshrined in the First Amendment in the U.S. Constitution, and in Article 19 of the Indian Constitution.

Tara Roy is the communications director at Hindus for Human Rights. She can be reached at Tara@hindusforhumanrights.org.