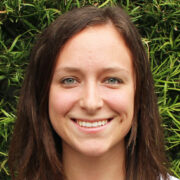 A 9/11 Survivor’s Story: Reflections On Lives Lost and a Life Reimagined 20 Years On

Aspiring pre-med students who are just entering college might be wondering: what is the best major to prepare me for medical school? To answer this question, the Association of American Medical Colleges (AAMC) tracked more than 21,500 students enrolled in medical school. For the most part, the most common majors were generally heavily focused on math and science.

The most common majors were:

The reason for the heavy focus on math and science majors is that students have to take 5–6 math/science classes to apply to medical schools.

Does One Particular Major Give You an Advantage?

Looking at the data from the AAMC, choosing one of the most popular majors —biological sciences—doesn’t give you an advantage. Out of the nearly 30,000 students that applied to medical school with the major biological sciences, the matriculation of that group was just 40%, which is slightly lower than several other majors. In addition, students who majored in biological sciences also had an average MCAT score that fell in the middle of the tracked scores.

According to UC Davis’ admission office, they don’t give any more weight or preference to one major versus another one. “We look for mastery in an area that a student is passionate about,” Dr. Fancher said. “That could be in the study of art or history or science, in participation in college athletics or music or dance, or in making an impact in their community.”

Because medical school admissions are very holistic, it is perfectly acceptable to have a major outside of the sciences. In fact, it shows that you have outside skills, and if you pick a major that focuses on human connections and communication, you might be a more effective doctor in the future. A study by the journal Medical Education found that “ medical students with premedical backgrounds in the humanities and social sciences may be more effective at communicating with patients.”

Ultimately, students should find a major that they are passionate about and where they think they will succeed. It doesn’t have to be a science major, but something that helps them bring their interesting life and perspective into the med school classroom. Having a diverse class is something that many medical schools want. Therefore, don’t feel restricted by your major when you are applying to medical schools.