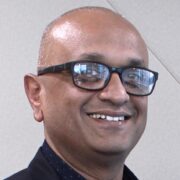 Those We Lost: Memorializing South Asian American Lives That Perished on September 11, 2001

September 8th and 22nd are the birthdates of my late parents. It is a mere coincidence that those two days envelop 9/11 — the fateful day I survived because I was late for work. The firm I worked for at that time occupied 94 to 100 floors of the World Trade Center 1. When you have 20 years to reflect and wonder why you were fortunate, these little coincidences stand out.

September 11, 2001, started as a perfect fall day as work commute began; schools had opened a few days back; the New York Giants had lost to the Denver Broncos a day earlier. While traveling in a NJ Transit train to the PATH train en route to WTC, no one had any idea of what lay ahead.

Suddenly, the PATH train got delayed and it was clear that it won’t enter the World Trade Center. We were told to take an alternative route into Manhattan, which meant taking the subway into the WTC.

As we ran from the subway station to the WTC, all that was visible was black smoke above the New York City skyline; cries of anguish; colleagues who were trapped in Tower 1 began asking for help via text messages. “What is going on?”

At one point the  Second World Trade Center was invisible. Was it because of the angle at which we all were standing on the road? No, it wasn’t. The building had fallen. There was no WTC 2 any more.

The enormity of what happened just sinked in. Where I worked was attacked, my colleagues were in there, and they needed help.

How long will 1 WTC stay up, was the next question. There was fear for my colleagues. There was a confidence that they’d be rescued; until the messages asking for help stopped. Folks were jumping out of the windows.

And then the rumbling began. Something was happening. 1 WTC was coming down. The skies were clouding up with the rubble smoke; people were running away; 1 WTC was down.

At the company head office in Midtown Manhattan, where a control room was set up, there was a list of all colleagues stuck on the walls, confirming who was safe and who wasn’t. There was a sinking feeling that a large number of our colleagues were lost.

There was a sinking feeling that a large number of our colleagues were lost. Hours later, when the public transportation opened up; it was time for me to head home. The day was coming to an end. What will tomorrow bring, I wondered.

“You have never lived until you have almost died.” — Guy de Maupassant, French author

They are those who were born in the wake of the tragedy and will soon be stepping out to start a life of their own. My kids belong to this generation and I cherish the time I spend with them, doing little things that mean so much more as time passes.

Can there be anything more to be grateful about in life? A prayer goes out to the generation 9/11 kids: May their path ahead be blessed and may their dreams come true.

You have never lived until you have almost died.

A grey-haired man, Kermit, teaching me data and saying with a wide grin “Kulkarni? You must be Irish.”

A pre-med college intern, Boris, brash and confident, telling “You are doing it wrong.”

A lady, Veronica, who hires you even though you are an hour late for the interview.

The names above are of a few of those who I met as part of my 16 years at Marsh, a part of Marsh & McLennan, a global professional services firm. Kermit and Matt were among the 250+ of our colleagues who didn’t survive the 9/11 attack.

The friends I lost that day and those who survived, remind me what Anais Nin, a French-Cuban-American essayist, said: “Each friend represents a world in us, a world possibly not born until they arrive, and it is only by this meeting that a new world is born.”

From Kermit, my fellow Irish, I learned that those who talk the most, don’t necessarily know. They are very good at talking.

From Matt, the one I miss a lot, I learned about the U.S. and its culture. Little things from the meaning of the term “soccer mom,” and what to look for when buying property, to baseball and the right team to support, as well as U.S. politics. Some of the most important things he taught me were “why not to worry about how people may pronounce your son’s name,” and U.S. history and that of its presidents. And yes, we did work!

Boris left Marsh. He is the pre-med college intern, brash and confident, who wouldn’t hesitate to tell me “you are doing it wrong.” He never became a doctor. He is now at an investment bank. We speak and/or meet every year around 9/11. He has three kids. His wife lost her mom in the 9/11 attack.

A lesson learnt. Everyone who crosses our path does so for a reason. One may not know the reason at that moment, but embrace it and cherish it. One will only be better.

One does not know what those who got taken away from us abruptly on 9/11, could have accomplished. On those who they leave behind rests the chance to honor them by seeking out ways that would reflect our fond memories. Maybe in doing so, maybe by seeking out to be more than what we have been we would have earned our good fortune.

You have never lived until you have almost died.

Sachin Kulkarni lives in New Jersey and works in the insurance services industry. He was employed with Marsh and worked on the 95th floor of 1 World Trade Center.