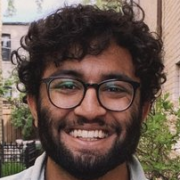 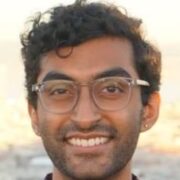 Earlier this year the California State University Board of Trustees unanimously ratified the California Faculty Association’s Collective Bargaining Agreement, which included for the first time a provision adding caste to Cal State’s anti-discrimination policy alongside other protected categories such as race, gender, and nationality. The backlash to this policy from some Hindu American individuals and organizations was swift and immediate and has continued despite the Board’s unanimous vote.

The arguments put forward by opponents of this policy, summarized in an open letter anonymously signed by around 80 Cal State faculty members and echoed in a February 3 op-ed, merely recite talking points that don’t stand up to logical scrutiny. Two such points, in particular, stand out as especially erroneous — first, the claim that caste is already covered by existing laws and university policies on discrimination (making it unnecessary to designate it as a protected category) and second, the assertion that caste protections are inherently discriminatory because they unjustly target Hindus and South Asians.

It’s true that existing anti-discrimination policies in the United States do address several characteristics that may be associated with caste, such as race, descent, and national origin. However, whether in tech companies or college campuses, what we’re increasingly seeing is that existing protections fail to prevent the kind of social ostracism, denial of opportunities, and other forms of discrimination that caste-oppressed individuals routinely face. In fact, not only does the absence of explicit protections leave people vulnerable to caste discrimination, but once they have experienced discrimination they also face additional barriers to justice.

Under current anti-discrimination policies, for example, race and gender are explicitly defined as “protected classes.” This means that if a student is called a racial slur, or denied an opportunity because of their gender, they can pursue a civil rights complaint on the grounds of racial or gender discrimination without having to justify why their experience falls under these categories. If, however, a student is called a casteist slur or denied opportunities on the basis of caste, the absence of caste as a protected category unjustly saddles them with the additional burden of having to explain why their experience constitutes discrimination under one of the existing protected categories.

They’re entirely at the mercy of university officials who may or may not understand the concept of caste, and who may or may not consider casteism to “legitimately” fall under one of these categories of discrimination. By adopting caste as a protected category on par with race, gender, sexual orientation, or any other protected characteristic, Cal State has finally removed this undue burden.

Critics of the policy also insist that caste protections are rooted in “deeply entrenched, false stereotypes about Indians, Hindus, and caste” and “render all South Asians … as an inherently bigoted, suspect class that requires a special anti-discrimination category.” They contend that by instituting caste protections, Cal State would be singling out “Indians and, to a greater extent, Hindus” for unique profiling as a “suspect class,” placing them at risk of policing and discrimination.

In particular, the authors of the February 3 article argue that Cal State’s policy is “unlawful” and “facially discriminatory” — a legal term describing a rule that explicitly singles out a group of people to whom it applies (to use the authors’ example, a policy requiring Asian faculty to receive accent reduction training would be facially discriminatory).

It would be absurd to argue that a neutral policy against racial discrimination only targets white people as a “suspect class,” or that a policy against gender discrimination “exclusively applies to and polices” men. It’s similarly absurd to argue that Cal State’s policy, which merely adds the word “caste” to the existing list of protected categories and applies equally to all members of the Cal State community regardless of faith or nationality, is in any way discriminatory.

The collective bargaining agreement ratified by Cal State makes no mention of Indians, Hindus, or South Asians anywhere in its 184-page entirety. While it’s true that casteism is especially prevalent in South Asian communities, these protections do not only apply to South Asians. Under Cal State’s facially neutral policy, a non-South Asian professor who makes an inappropriate comment about a student’s caste identity would be just as liable as a South Asian student who ostracizes their classmate on the basis of caste.

Cal State’s policy isn’t limited to South Asians, because casteism isn’t limited to South Asians—the largest survey of Indian American attitudes to date, which found that 5 percent of Indian Americans reported facing caste discrimination in the past year, noted that “caste discrimination is a surprisingly equal opportunity offense,” and that “Indians, non-Indians, and people of both categories are almost equally to blame.”

This fear-mongering is nothing new—similar talking points have repeatedly been used to oppose numerous other attempts at institutionalizing caste protections. In 2020, a year after Brandeis became the first university in the country to adopt such protections, Hindu American Foundation Executive Director Suhag Shukla told Religion News Service that the protections would “[single] out, [target], and inadvertently [discriminate] against Hindu students and faculty … as presumed perpetrators.” In 2021, when a similar resolution was being considered by the Santa Clara County Human Rights Commission, Shukla warned in her testimony that the proposal would “uniquely target South Asians, Indians, and Hindus for ethnoreligious profiling, monitoring, and policing.”

Ancient Dharma in the New World: A Very Brief History of Hindus in the United States

Time and time again, the Hindu right has issued these same warnings about the discriminatory menace of caste protections—and yet, not a single one of them has come to fruition. Brandeis’ caste protections are over two years old, and since then, similar policies have been implemented across the country. During that time, we haven’t heard of a single documented instance, at Brandeis or anywhere else, of these policies being enforced in a discriminatory manner against South Asian students or faculty members. Compare that to the countless heartbreaking examples of casteism on American campuses, and it becomes clear just why these protections are so urgently needed.

Cal State’s adoption of caste protections came on the heels of a two-year-long organizing campaign led by Dalit students who have personally experienced casteist discrimination at Cal State. A key voice leading this campaign was Prem Pariyar, a Nepali Dalit Hindu who faced caste discrimination during his time as a student at Cal State East Bay, and he’s not alone in his story.

If Hindu Americans such as Pariyar are facing such discrimination, one would expect those who claim to advocate for the interests of Hindu Americans to stand by their side, rather than speak out against efforts led by students like Pariyar. And yet, despite the Cal State Board of Trustees’ unanimous rebuke of their erroneous claims, opponents of caste protections seem determined to join the wrong side of history.

Pranay Somayajula is Advocacy and Outreach Coordinator for Hindus for Human Rights. He recently completed his BA at The George Washington University’s Elliott School of International Affairs, where he double majored in Political Science and International Affairs with a minor in Peace Studies. Before joining HfHR, they served on the board of Students Against Hindutva Ideology (SAHI) as Co-Director of Research.

Nikhil Mandalaparthy is Advocacy Director for Hindus for Human Rights. He received a B.A. in Public Policy Studies from the University of Chicago, and an M.P.P. from the University of Chicago Harris School of Public Policy, and his writing and reporting on religion and politics in South Asia and its diaspora has appeared in Indian, Pakistani, and American media outlets such as Scroll, The Diplomat, Dawn, and Kajal Magazine.