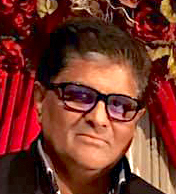 My Hinduism has a Sense of Humor: Kissa Munna Ka

Bharat Ek Krishi Pradhan Desh Hai (India is an agriculture dominated economy) – People in my generation grew up reading this in our school textbooks. So what has turned hundreds of thousands of farmers into violent agitators? What made them charge at police with tractors, lathis and swords at the Red Fort on India’s Republic Day on Jan. 26? Without justifying or glorifying violence, we need to better understand the perspectives which are driving such behavior.

The farmers, represented by over 500 groups have been camping outdoors in Delhi, weathering adversities for over two months to date. As many as nine discussions with the government have not succeeded in an acceptable outcome, mainly because of competing interests. The farmers are demanding a total withdrawal of the farm bill, while the government is open to delaying its implementation a bit, but not much more. Is the farmers’ struggle justifiable anyhow? Let’s examine.

The farming community is certainly feeling threatened by the Farm Bill. They are clearly worried about their future livelihoods and for their families. It is not hard to imagine that putting private businesses in the middle of a farming ecosystem (especially the part which influences agriculture) throws a big monkey wrench into agriculture. A private business is solely driven by a need for never-ending profits and that alone. If a business were to choose between making more money in whichever way possible (while even bending the rules to suit their purpose), and doing the right thing for the poor hard-working farmer, the money interest will always win, without a doubt. Let’s call it for what the farm bill is – it is an instrument which introduces new, and not well understood risks to farmers, affecting their well-being, peace of mind and their future, and food securities of Indian’s enormous populations. Why? All to the benefit of big business, no matter what the stated objectives may be.

One can clearly sense the pressures from industry in this instance where the BJP leadership just rammed the bill’s approval based solely on a voice vote. We don’t know what kinds of pressures are being applied on the senior BJP leaders (or if that is the case), but given their high perches in government, what is required is a careful scrutiny of the bill to ensure that nation’s leaders are not putting their self-interests ahead of what is right for the farmer.

Getting into the essence of the Farm Bill, first the ideas that government supported Mandis will continue to exist and the ‘Minimum Support Price’ will not go away are merely assurances in the bill, and cannot be taken at face value. Such assurances need to be written into laws to address understandable farmer fears. Secondly, what this bill also introduces is the idea of Contract Farming where private businesses come into play influencing and controlling agriculture. If the likes of Ambanis or Adanis want to get into this space, what will they look to do in order to achieve maximum profits from farming under their tutelage?

The following strike as some of the potential fallouts of this bill, which are not just bad for the farmers, but likely not good for India’s consumers either:

How I Met Aruna Miller, Née Katragaddda, and Quickly Realized Her Leadership Potential to Make a Difference

Finally, a recent report by the BBC lays out the demerits of the farm bill in succinct terms: “Experience across the world has shown that corporatization of agriculture, contrary to improving farm incomes has often depressed them, says agriculture policy expert Devendra Sharma. ‘Leaving farmers to the tyranny of the markets would be akin to putting the sheep before the wolf,’ Mr Sharma told the BBC. ‘There are leakages in the current system, and it needs to be reformed, but replacing one failed model with another is not the solution. Evidence from states where farmers haven’t benefited even after wholesale markets were dismantled supports this argument. There are no easy answers. But experts agree that in a country where agriculture employs so many millions, leaving farmers’ fates to the vagaries of the market cannot be the only answer.’”

Ansh Sarkari has varied interests which range from gourmet cooking, to foraging for wild-mushrooms, photography to knife sharpening to politics. He researches foods from around the globe and using his nearly four decades of food-centric travels, he has amassed keen insights into food identities of various nations and cultures, and how some even may correlate. He is always tinkering with techniques, spices and uses his deep expertise in all things fire to try to elevate foods of all kinds. Ansh lives in the Midwest with his wife and two grown up children.