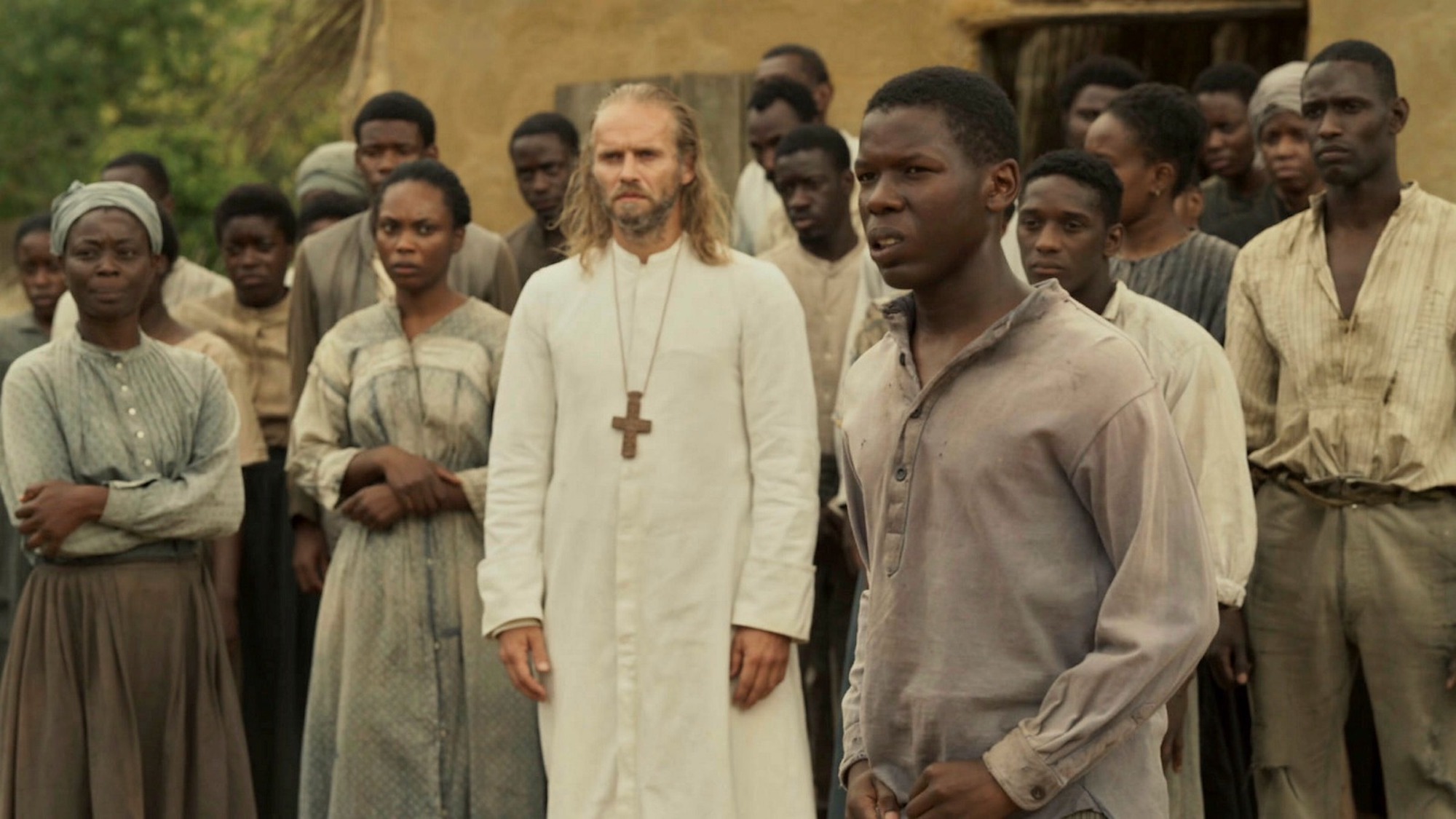 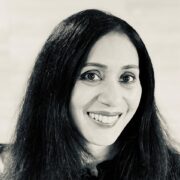 An Outlier Among Us: Yes, I am Gay, and I am Extremely Proud About It

As an activist filmmaker who has been making documentaries for almost two decades and someone who loved “I Am Not Your Negro,” I couldn’t wait to watch Raoul Peck’s four-part docuseries “Exterminate All the Brutes.” Rumor had it that Peck got carte blanche from HBO to bring his vision to the screen, and I was duly intrigued.

The scope of the film is dizzying. It travels through time and space and aspires to distill 600 years of human history. It engages with the work of luminaries such as the Haitian anthropologist and scholar Michel-Rolph Trouillot and American historian Roxanne Dunbar-Ortiz who wrote the seminal “An Indigenous Peoples’ History of the United States.” Their oeuvre is indispensable for a clear-sighted, step-by-step unpacking of European colonialism, genocide, and hegemonic epistemological systems. I am less familiar with Swedish author Sven Lindqvist’s work, but “Exterminate All the Brutes” is partly inspired by his book of the same name.

The title is taken from Joseph Conrad’s novella, “Heart of Darkness,” which is used as a framing device throughout the documentary. I wish Peck had used Trouillot or Dunbar-Ortiz’s work instead, as an analytical lens focused on the entire project. W.E.B. DuBois could have been a gripping intellectual anchor as well. If he was looking for a literary point of reference, Peck could have used Aime Cesaire’s anti-colonial poetry (André Breton described “Cahier d’un Retour au Pays Natal” as the “greatest lyrical monument of our time”) or the writings of celebrated Black and brown poets and novelists.

I know that Chinua Achebe’s critique of “Heart of Darkness” has been challenged since it was first published in the 1970s, but I tend to agree with him when he writes:

“Heart of Darkness projects the image of Africa as “the other world,” the antithesis of Europe and therefore of civilization, a place where man’s vaunted intelligence and refinement are finally mocked by triumphant bestiality.”

Later in the article, Achebe quotes directly from Conrad’s book:
“We are accustomed to look upon the shackled form of a conquered monster, but there—there you could look at a thing monstrous and free. It was unearthly, and the men were—No, they were not inhuman. Well, you know, that was the worst of it—this suspicion of their not being inhuman. It would come slowly to one. They howled and leaped, and spun, and made horrid faces; but what thrilled you was just the thought of their humanity—like yours—the thought of your remote kinship with this wild and passionate uproar. Ugly. Yes, it was ugly enough; but if you were man enough you would admit to yourself that there was in you just the faintest trace of a response to the terrible frankness of that noise, a dim suspicion of there being a meaning in it which you—you so remote from the night of first ages—could comprehend.”

For a documentary that sets out to expose and catalog colonialism and white supremacy, it’s ironic that it relies on a white man’s opus to shape the very language of that critique.

What powerful beauty could have emerged from Mahmoud Darwish’s poetry, born of trauma and displacement, had it been used to underline a study of colonial violence. Darwish, the Palestinian poet who made language “home and self” because “it is outside of place and time, because with it, Palestinians ‘carried the place . . . carried the time’.”

The Holocaust is central to Peck’s thesis, and we return to it throughout the miniseries. It ties in with Cedric Robinson’s characterization of “racial capitalism” and his assertion that Europe’s earliest racialized subjects were the Irish, Jews, Roma and Slavic people.

Peck mentions Aime Cesaire’s dissection of Nazism, but I wish he had gone further and quoted these trenchant lines:

“Yes, it would be worthwhile to study clinically, in detail, the steps taken by Hitler and Hitlerism and to reveal to the very distinguished, very humanistic, very Christian bourgeois of the twentieth century that without his being aware of it, he has a Hitler inside him, that Hitler inhabits him, that Hitler is his demon, that if he rails against him, he is being inconsistent and that, at bottom, what he cannot forgive Hitler for is not crime in itself, the crime against man, it is not the humiliation of man as such, it is the crime against the white man, the humiliation of the white man, and the fact that he applied to Europe colonialist procedures which until then had been reserved exclusively for the Arabs of Algeria, the coolies of India, and the blacks of Africa.”

I longed to hear about Negritude and the names of those who illuminate and guide our work in anti-capitalist, anti-racist, and anti-colonial movements: Franz Fanon, Edward Said, Malcolm X, Sylvia Wynter, Audre Lorde, Gloria Anzaldъa, Eduardo Galeano, Amнlcar Cabral, Walter Rodney, Йdouard Glissant, Ngũgĩ wa Thiong’o, and many more. But they remained silent for the most part. I understand that one film cannot be everything to everyone, but this was a four-part docuseries with a stellar budget.

As I was watching the last episode, it struck me that Peck had not so much as mentioned Palestine. A bit bizarre, since he examines settler colonialism in the Americas via Dunbar-Ortiz’s work.

And then he did. He mentioned an 18-year-old Palestinian girl who detonated herself in a Tel Aviv discotheque. Peck wonders, with some sympathy, about his own daughter and asks himself what would push her to commit such a horrific act. No other context is provided. Just a random suicide bombing. He concludes weightily, “Yes, it’s complicated.”

For someone unmasking white supremacy, that’s a shameful, cowardly, and ignorant conclusion. He co-opts one of the most hackneyed Zionist arguments against Palestinian liberation: it’s complicated.

This indefensible lapse brought my own assessment of the series into focus. Although it’s being sold as a “miracle for existing” by the filmmaker himself and mainstream media, Peck’s critique of white supremacy is articulated within the safe limits of Western liberalism. There is nothing here which is abrasive, taboo, or explicitly supportive of ongoing struggles and movements for justice.

As a filmmaker, I was dismayed by the heavy reliance on re-enactments, a cop-out available to high-budget films. Some of the fictional episodes Peck directs seem odd and disconnected. They take away from themes and storylines that don’t require any embellishment or fake drama. They squander precious time.

The fact that Peck narrates the entire four hours of the film, in a highly controlled voiceover, becomes exhausting, oppressive. He elects not to use talking heads but voices other than his would have added nuance, texture and movement to an airtight structure with no room to breathe.

Although one can take ample artistic license with documentary filmmaking, it remains an effective medium for telling stories, especially those that are pushed to the periphery and marginalized. It can lift voices missing from the dominant discourse because they don’t fit in or are not deemed valuable. Peck’s film does not take political risks or create disturbances by amplifying radical ideas. What could be a better subversion of the “bundles of silences” Trouillot wrote about, than a discussion on Palestine, a word so savagely censored that its existence is often called into question.

No, Palestine is not complicated, Mr. Peck. It’s settler colonialism unfolding “live” before our eyes. As the Nakba continues in 2021, with full on ethnic cleansing in Sheikh Jarrah and war crimes in Gaza, it’s more egregious than ever to hide behind evasive language or recycled Zionist tropes.

Peck’s work is frequently praised for its intellectual rigor. “Exterminate All the Brutes” is an awe-inspiring cultural, literary, historical, political and geographic smorgasbord. It is disorienting and overwhelming. But to what end? It succeeds in collating a massive amount of information, but Peck’s compendium of darkness fails to synthesize, to metamorphose into something forceful and forward-looking, something that cuts to the bone and renders us breathless. In other words, the film fails to puncture and expand the limits of the liberal imaginary. What a missed opportunity.

This story was first published in mondoweiss.net.

Mara Ahmed is an interdisciplinary artist and activist filmmaker based on Long Island, New York. She was educated in Belgium, Pakistan, and the United States. Her documentary films have been broadcast on PBS and screened at film festivals across the world. She is now working on The Injured Body, a documentary about racism in America that focuses exclusively on the voices of women of color. Her production company is Neelum Films.