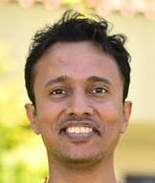 I could not accept myself/come out early since “coming out” is a journey. It is not that someone wakes up one day and say “Yay! Today I am feeling gay so let me come out to the world.” Everyone has a unique journey. It can be like passing through a dark tunnel with no end in sight. Some may come out way early in life. Some at 60 and some may never be able to accept self/come out. There is no age for it. It took me 37 years. I can say from past experiences that unable to accept self or being inside a closet is like living a fake life every moment to avoid insults/isolation by groups/denied opportunities to succeed.

I have been through a lot of insults in the past. I was assaulted for being gay. I was threatened by few people that I will be killed if I do not become straight. I have cried in silence. I was abused. I was denied chances to succeed and go ahead in life since few people thought I was not normal. I was told multiple times “People like you can never succeed in life.” These and many other incidences made me feel less of a human. I started questioning my existence. I was totally confused in my life. I lost my self-confidence.

Many LGBTQ friends I know have gone through abuse, mental illness, depressions, disowned by family, visited psychiatrists, attempted suicide etc. for zero fault of their own. What is a fault of an LGBTQ person? Nothing. It is nature.

The issues arise when few people force people to go against nature.

Many people do not realize that how many awesome love stories did not materialize due to this thought process about ‘only opposite sex partners can love each other’?

Why does a Romeo always have to be with a Juliet?

Why can a Romeo not be with a Jack?

Why can a Juliet not be with a Rose?

I know these questions will be laughed upon by “fake life friendly” people.

I love this quote “Normal is an illusion. What is normal for the spider is chaos for the fly.”

For me this quote means that what norms society has imposed on people are what society “thinks” it should be. Due to these fake norms, many humans are mistreated, scared to live their real self with the fear of being abused/mistreated. Does anyone know the toll it takes in living a fake life daily and having to appear the perfect person? This quote tells what is easy for straight folks can be a chaos for LGBTQ folks and vice versa.

Well how would some people know this? For them a perfect life is “when will you get married?”, “when are you planning to have kids?”, “why are you not married yet?”. If someone does not fit this perfect picture, then they outcast the LGBTQ person, compare that person to their straight friends. All they like to do is comparing the best in someone to the weak point in someone else. No one is perfect in this world.

If someone can like and appreciate one part of a person’s personality, then they should not reject and hate the other part. Every part comes together to make a person. Because of someone hating an LGBTQ person’s reality, the fantastic person is unable to express self. If people like/appreciate me for my one reality: the degrees/certifications I have acquired but hate me for another reality: me being gay, then I prefer not being in contact with such people.

The Wire v Meta: How Facebook Caters to Fascists and Authoritarian Regimes, Including India’s

I know few people after reading this article would say “Bankim is so rude. He has lost his mind and coming out on public platform. He is a shame to the family. I feel so sorry for Bankim.”

I would like to tell them “I do not care. I am living my truth and not going to be scared/ashamed since you want me to behave in a specific manner or live my life in a certain way. It is because of these sick norms that someone needs to be married at a certain age to opposite sex which in turn may cause issues in life in the future. Just so that you can ‘fit’ into that mindset of society, you force your loved ones to marry against their will.

The reason you give is “We love you child and thus getting you married now”. You know what? Your child/brother/sister is not happy getting married. However, they succumb to pressure and live a fake life. If the child/brother/sister still do not follow your wish, then you do great emotional drama/emotionally blackmailing them. You also tell your kids that due to them your health is deteriorating. Have you ever thought what would happen to your near and dear ones due to all the emotional drama you create in their lives?

Forcing someone to marry against their will is not love and is not at all going to make that person happy. I am not going to be A) one of those men who get married to a woman, have kids, and have extra marital affairs with other men. B) Or probably get divorced since a spouse finds out the other partner is gay/lesbian. C) Or being aware that the other spouse is having an extra marital affair and do not care about it (just to hide yourself being gay/lesbian).”

It is because few people make LGBTQ a “bad” term is that awesome people are unable to accept self and live a full/whole life and perform at their full potential. The issue is not in LGBTQ community. The issue is in the minds of few people who have a specific thought process about ideal life a person should live. If something does not fit their thought process, it is ‘bad’. The pain felt by LGBTQ+ friends is “real.” It is living a fake life daily just so that people do not insult them or their family.

I can relate to this since I have been through lots of insults in the past. Hopefully those who insulted me then remember all those insults which were hurled at me? I still remember the insults I faced. I cried, I felt suffocated. I could not leave my house for days since if I would go out of my house, I will be laughed at by people. I could never learn how to play cricket and I was laughed at and insulted for that. I was isolated from groups because people thought I was not “normal.” Yes. I am an outlier, and I am very proud to be an outlier.

I am coming out here with a hope that at least someone somewhere after reading this may be comfortable accepting self and be ‘fully themselves.’

Bankim Sanghavi is a Bay Area-based project manager who is involved in conceiving and executing science projects which provide caregivers the diagnostics tools to save lives.