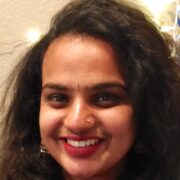 Standing in front of the majestic white building where laws are made, the Capitol Hill, all of us had just one thought resonating amongst us “this is a key milestone to “Darshana, a Glimpse into Hindu Civilization.” Representing various Dharmic organizations like Hindu Swayamsevak Sangh, Hindu Yuva, HSS, Hindu Yuva, Coalition of Hindus of North America (CoHNA), BAPS Swaminarayan Sanstha, SEWA International USA, Foundation for India and Indian Diaspora Studies (FIIDS) we all had traveled from many different states to Washington, D.C. May 10-11 to exhibit the glory of Hindu Dharma.

With Darshana posters in hand, excitement in mind, we were all escorted to our hall inside Capitol Hill. The exhibit was showcased for two full days. Delighted and with a sense of pride, we were all eager to welcome everyone to Darshana, to talk about the resplendence of Sanatana Dharma. The posters covered varied aspects of Hindu Dharma involving key components of Hindu philosophy like the Mandir, Dharma, Spiritual paths, Ashramas, traditions, etc., and significant Hindu contribution to the world in science, architecture, mathematics, and health, along with the global impact of Hindu Dharma.

Two U.S. senators, seven Members of the House of Representatives and Representatives from 32 Congressional offices visited the exhibit and spent as much time providing their valuable feedback on it. Indiana Senator Michael K. Braun after viewing the exhibit exclaimed, “I appreciate it (Hindu Culture) because it’s an enterprising culture. So much of what we do in this world has its roots there, and the more I see, the more I learn about it.” It was a great delight to see every guest curiously engaging with all of us asking more and more questions to understand all our posters.

As a unique experience, we were paid a surprise visit by His Majesty King Abdullah II of Jordan, while he was walking past the room from his scheduled meeting. He graciously walked around and viewed the exhibition with great appreciation. His reactions to the poster content were delightfully encouraging to all of us. It was an honor to present this exhibit to his majesty and one of the most cherished moments for all of us.

Indeed, this Darshana at Capitol hill was not just an exhibit, it was an immersive experience for all of us, a precious moment to adore and a benchmark event to celebrate Hindu Dharma on a paramount platform.