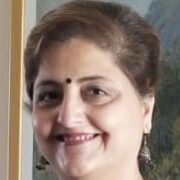 I have been watching the reviews and comments flowing back and forth on the film “The Kashmir Files,” getting involved only when I found people questioning the facts of the events. All I wanted was people to give it a fair, neutral viewing and then rip it to pieces or praise it as needed. But the deluge of social media posts calling it propaganda or hailing it as a savior of Hinduism without watching it are the ones I am not interested in, although I admit that I got sucked into those discussions a couple of times because both have an agenda that I am not interested in.

As a Kashmiri Pandit, I am glad that this movie was made because it captures our lived memory … memories of our family and friends. A generation of people who were with us did not know the facts, a generation of people born after 1990 have not probably heard about it or care about it anymore. And Kashmiri Pandits have spread all over the world carrying on with their lives and remembering the pain only once in a while.

I have seen my grandmother’s generation pine and cry for “Panun Kashmir” (Our Kashmir) since they knew no other life and adjusting to harsher weather and different lifestyle at that age was difficult for them. I have seen my parents reminisce about their youth and ancestral home which is forever denied to them now, I have seen my father miss his childhood home which he can never show to his grandchildren and the finality of it all when it was taken over and burnt down by terrorists.

I have heard people reliving the terror of those days and nights when their school friends and neighbors turned up outside their homes shouting slogans, asking them to vacate their homes, not meeting their eyes in a crowd but not hesitating to show their faces too. I have heard about their terror of listening to loudspeakers broadcasting “Convert or leave, but leave your women behind” every day from masjids, and their midnight escapes in cars and lorries with just a few belongings leaving homes and livelihoods behind frightened of being stopped and killed any moment.

And then there were the unfortunate ones whose misery would not end as their hard-earned means were unavailable to them. So, from palatial homes, they were reduced to living in tents at the government camps overnight and had to undergo the humiliation of registering themselves as a refugee in their own country and waiting for a packet of food when just a day before they had stores of food available to them.

The government in the state and at the center and media downplayed the events terribly. 24 people in a village were lined up and killed one day, shot at point-blank range, but it was not front-page news in national media. Social media came later but by then decades had passed and it was old history for all. But not for people who were living that exile.

A new generation was growing up in Kashmir branding the exodus as work of Governor Jagmohan and people were buying into that story. Our history was already becoming propaganda, a myth. Meanwhile, the killers openly gave interviews confirming that they had killed without any repercussions. In fact, they were wined and dined by powers that be. Even the Supreme Court of India failed us citing a technicality although courts are opened at night for terrorists.

This movie won’t change anything for us, except tell our story and maybe provide catharsis to the few survivors. A generation has wept its way to their graves and won’t see this through.

Vivek Agnihotri is not the best director to tell this story for many people including me but he is the only one who has done so in 32 years. So then maybe he is. It will just be a record for this generation and the next generations so we may forgive but not forget our history. The next generation of Kashmiri Pandit kids who are growing up with no link to their homeland and getting their news from social media may keep the stories alive and not forget and be able to say in the future that it happened, that it really happened. Silence would mean having to defend the horrors by survivors all over again as it is happening today.

I had to brace myself to watch it though. It is a tough watch. A lot of events, horrors, politics are thrown at you. The story is too close to me emotionally to do a fair review but I will try to list what I liked and what I did not

— The fact that this story is being told. It has been long overdue. While I get that this movie does not show both sides, sometimes movies about genocide don’t: for instance, Jews have a history of financial oppression which the Holocaust movies don’t talk about. And this happened to Kashmiri Pandits without any provocation from them.

— The use of Kashmiri dialogues and songs in the movie some of which made me cry.

— No camouflaging of raw events because sometimes everyone needs to be shocked to start a dialogue and if you want to know all events shown in the movie about Kashmir are actually toned down and not exaggerated. Many of the worst incidents were not shown at all, though one heard references to some of them in the dialogues.

— The terrorists and terror organizations are clearly mentioned by their names.

— The complicity of political parties and media are shown.

— That Kashmir was the cradle of Indian civilization was enumerated in the pre-climax speech that most Indians do not know about because it is not taught in our history books.

— Heavy-handed direction and in-your-face political views could have been more subtly woven into the script. It needed to be raw and honest but not preachy.

— The use of Mussorie terrain to depict Kashmir although some scenes were shot on Dal Lake. Maybe shooting in Kashmir would have been a safety issue.

— Black washing the whole of Jawaharlal Nehru University. JNU in the last decade has done many questionable things indeed but is an institute with a long history.

— Combining all terrorist organizations into one, maybe for convenience.

— Pallavi Joshi playing an amalgamation of media personalities like Arundhati Roy and JNU professor Nivedita Menon and combining university scenes from various incidents. Clubbing everyone and everything in one person loses authenticity.

— Similarly, all atrocities were clubbed as if they happened to one family. The director highlights the horrors but fails to show the scale of the tragedy.

— Pakistan’s involvement in the whole conspiracy was not shown clearly nor was the politics of the Abdullah family which created discontent in Kashmir, to begin with.

— There are always good people everywhere although it was difficult to find them in our neighbors but others did. In case of any genocide, religion plays a crucial role but if we want a dialogue, and non-Hindus to see the movie and not make them uncomfortable, questions needed to be raised and left for viewers to decide where we went wrong as a nation.

Arti Shishoo Verma is based in California and is originally from Jammu and Kashmir. She is an HR professional by day and a poet and writer by interest. She has published a book of poems, “Wabi-sabi: Beauty of imperfect musings — A collection of poems.” She has also contributed to a few anthologies — Psithurism, Psithurism II, Thathi, Pati prem ki, Kavya Rasika. She is a history buff and an avid traveler who lived across various continents.