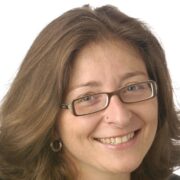 This was first brought to my attention in 2017 when students approached me about alleged caste-based intimidation and harassment they were experiencing in their graduate program. While I was dismayed by their reports, I wasn’t entirely surprised because Silicon Valley firms had already been in the news for similar reasons as the State of California sought to find a legal remedy and came up empty handed based upon federal or state legal protections, which include the U.S. Equal Employment Discrimination Opportunity (EEOC) enforced American laws which criminalize employment discrimination on the basis of a person’s “race, color, religion, sex (including pregnancy, transgender status, and sexual orientation), national origin, age (40 or older), disability or genetic information.” California’s own EEOC protects more classes of persons based upon ancestry, marital status, military/veteran status.”

Indeed, while such caste-based abuse is sinister and dehumanizing, American law has had difficulty finding legal remedy for it. Two prominent lawsuits shed light upon this brutal form of discrimination in the United States In July 2020, the state of California sued Cisco Systems over alleged caste-based discrimination towards an Indian engineer by his Indian colleagues; however, the state struggled to argue that caste is protected as a form of religious-based discrimination but ultimately withdrew that case under pressure from Hindu groups which sought to minimize the role of caste in the Hindu religious tradition among other specious arguments including the argument that it violates due process and “uniquely endangers Hindus and Indians.”

In March 2021, a federal lawsuit alleged that a Hindu organization lured some 200 low-caste workers to the United State and forced them to work on building a sprawling temple complex in New Jersey for as little as $1.20 per hour. While law suits are battling out these issues, Krishnaswami and Krishnamurthi, in contrast, argue that caste discrimination is cognisable under Title VII of the Civil Rights Act of 1964.

In the United States, it is true that caste is most typically associated with Hindus; Sumitra Badrinathan et al emphasize that caste hierarchies and caste self-identification are prevalent in most, if not all, the major religious traditions in South Asia. This is true in Pakistan, India, Nepal, Sri Lanka and Bangladesh. Given that the vast majority of Muslims in South Asia converted from Hinduism, most Muslims carry with them the caste of their Hindu ancestors.

Additionally, Islam in South Asia has developed its own additional social hierarchies in South Asia, such as the Ashraf and Sayyids (persons who claim to be direct descendants of Prophet Muhammad), the local South Asian converts from Hinduism (Ajlaf) who also still bear the imprimatur of their Hindu caste origins, as well family and other network-based forms of social stratification (e.g. the Biradari System). Equally important one can be religiously secular while still perpetrating caste-based bigotry because it also confers notions of social status.

Moreover, they found that 41 per cent of those identifying as lower-caste reported caste discrimination in American schools and universities compared to only 3 percent of those who identified upper-caste Hindus. More than 67 per cent of lower-caste respondents indicated that they suffered caste discrimination in the workplace compared to merely one per cent of upper-caste respondents. Unsurprisingly, the Hindu American Foundation, lambasted this study perhaps revealing its own proclivities to upholding caste-based apartheid. While pro-caste trolls attacked this study, it is not the only effort to understand this phenomenon in the United States. In 2020, Badrinathan et al of the Carnegie Endowment for International Peace oversaw a survey of 1,200 Indian American residents in the United States. They report that more than eight in ten Hindus identify as upper caste with foreign-born respondents being more likely to embrace a caste identity than are those who were born in the United States.

While the vast majority of Americans are likely to be blissfully unaware of this form of discrimination, South Asian Americans are. According to Krishnaswami and Krishnamurthi, in the summer of 2020, “[S]everal employees of large tech firms like Google, Apple, Microsoft, and Cisco came forward with harrowing tales of workplace discrimination, including being paid less, denied promotions, and mocked for their caste background. And, undoubtedly, the scourge of caste discrimination extends beyond Big Tech. While caste discrimination is in no sense new, these recent reports should serve as a needed wake-up call. Eradicating caste discrimination demands our immediate collective attention and action.”

There are several scholarly as well as journalistic accounts of caste-based discrimination among diasporan communities in the United States and elsewhere, such as the United Kingdom and other countries with large South Asian diasporan populations.

Another venue that is increasingly emerging as a site of caste-based discrimination is the university system where Indians live in large number. Times Higher Education, which studied this phenomenon in the United Kingdom and United States, concluded that caste is a global problem. Given the so-far undefined legal protections to low-caste South Asians, many American universities are taking action to codify caste as a protected category under its anti-discrimination policy. As of December 2021, the University of California Davis, Maine’s Colby College and Massachusetts’ Brandeis and Harvard universities have done so.

Until American state and federal laws — and domestic law elsewhere — catch up to the realities of caste apartheid, the most vulnerable of Indian-origin persons will suffer. It’s bad enough that black and brown bodies must endure the brunt of American white supremacy, but they seem to be increasingly facing the brunt of a brutal system that they thought they had left behind when they left India.

C. Christine Fair is a professor of Security Studies at Georgetown University. She is the author of ‘In Their Own Words: Understanding the Lashkar-e-Tayyaba’ and ‘Fighting to the End: The Pakistan Army’s Way of War’. She tweets @cchristinefair. Her website is christinefair.net. Views expressed are personal.