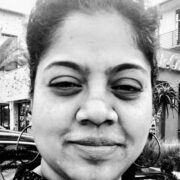 One big check on my bucket list for years now. Yes, a dream that finally came true. My first impression of the holiest of cities, Varanasi was — Serenity.

Dev Diwali is one of the busiest times of the year, this time even more so because of the post-Covid situation. Surprisingly, there was no jostling, brawling or any signs of unpleasantness anywhere. All one could see is a sea of humanity — peacefully, serenely, displaying a visible bonhomie walking through the narrow streets of Benares.

Now, to the main purpose of the visit.

Dev Diwali or Dev Deepawali (“the Diwali of the Gods” or “Festival of Lights of the Gods”) in Varanasi is celebrated on Kartik Poornima, the full moon of the Hindu month of Kartik, 15 days after Diwali. Every ghat and temple in the Holy City is alight with earthen ghee diyas. Whether the stars have found their way down to the Earth or not, one can hardly say. It is believed that the Gods descend on Varanasi on this auspicious occasion to take a dip in the river Ganga.

The evening of Dev Diwali began with people slowly gathering on the banks of the river. As the full moon night started, just about 10 lakh earthen lamps started getting lit on the banks of the Ganges ghats. Also, a visible blitzkrieg of string lights dazzled the eye. Adding to it, a fantastic and colorful display of fireworks sparkled in the sky. All this festivity culminated in a beautiful Ganga Aarthi.

The next day, as I continued exploring the ghats and relishing the freshly made chat food on the streets, I happened to land on the doorsteps of the old and famous Kashi Labh Mukthi Bhawan.

Constructed in 1908, the double-storeyed, 12-room ashram in the heart of old Varanasi offers professional services to those who wish to breathe their last in Kashi — supposedly a passport to salvation. Only those who are assessed to be on the brink of death are given accommodation, initially for a fortnight. If they fail to die in two weeks, they are sent back home. However, if their physical condition deteriorates, they are given an additional grace period.

After getting puzzled looks from the caretakers, and having to explain that I was just visiting the place after having watched the documentary, I entered the hotel. The rooms were simple and meager. A stove and gas are given for cooking purposes. Also, prasad from the Kasi Viswanath temple is arranged to be given daily to the hotel guests.

It was so humbling and fascinating to know about how death is celebrated in this city. The open cremations on the ghat admittedly looked eerie at first, but slowly it dawned on me that this is what is the essence of Varanasi. Death is viewed or believed as a liberation in the form of “moksha” or “mukthi.”

As the last stop I had to visit Sarnath, the place where Buddha gave his first sermon. Quite disappointed with the touristy crowd, zero solitude or peaceful surroundings, I can’t say it was a great experience.

Next time, would like to stay longer and absorb the energy and vibes of this beautiful city, which boasts around 23,000 temples and people from all faiths including Islam, Jain, Sikh and Buddhism.

Jayashree Srikanth lived in the United States for 16 years, then moved to Bangalore with her husband and two daughters. She is a proud homeschooler of a special needs kid, who has a successful art career now and has won several awards including carrying the torch for the Rio Paralympics, in 2015. Her younger daughter is studying Neuroscience and Psychology at UCLA. Social work, writing, and traveling are her passionate hobbies.