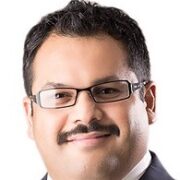 Diwali, the Hindu festival, is nowadays simplified as “the festival of lights.” Unfortunately, it is reduced to the display of electric string lights, shopping at ‘Diwali sales,’ and indulging in sweets. However, Diwali is actually a multifaceted celebration to teach and remind us of important principles of being a noble human.

Hindus are ancient people, who are distributed over a large geographical area and have a long history, in addition to varied local resources. Hence, there is extensive diversity in the way Diwali is celebrated. Diwali is celebrated in October/November on the dark fortnight of this period. It is celebrated by Hindus, Sikhs, and Jains in India and around the globe. There are approximately 1.3 billion self-identified Hindus in the world. There are 3.3 million Hindus in the U.S., according to the 2016 census, which is 1% of the American population. The reason I say self-identified is that there are many people who follow Hindu principles but do not actually identify themselves as Hindus.

Diwali is derived from the Sanskrit word “Deepavali,” which means “row of lights.” Many historical events have occurred during Diwali, and these events are celebrated and remembered regionally or globally with varied stories and traditions. For example, Lord Ram, the 7th avatar (human manifestation of the divine), defeated the evil king Ravana who had abducted Ram’s wife Sita and was committing atrocities on people. Furthermore, the sixth Sikh Guru Hargobind, who was imprisoned by the mogul emperor Jehangir, was released on this day, along with 52 other kings. Mahavir, the last Jain Tirthankar, also attained Nirvana during Diwali.

So, how do we celebrate Diwali? Hindus clean and decorate their houses, draw Rangolis (floral designs on the ground made by colored powder or flowers), indulge in sweet and savory snacks, shop, exchange gifts and food with friends and neighbors, and light fireworks. We also visit the temple, make offerings to the deities of spiritual and material prosperity, donate to the needy, and light earthen oil lamps and other types of lights around the house. In fact, the lighting of the earthen lamp has great significance for Hindus. The earthen lamp represents the recyclable mortal body (dust to dust).

The light symbolizes knowledge. The oil or ghee (clarified butter) in the lamp represents our negative tendencies, and the wick is our ego. When we light the lamp (body) with the flame (knowledge from our teacher), it slowly exhausts the oil (negative tendencies), and the wick (ego) perishes. The knowledge takes us to higher ideals, similar to how the flame burns upwards. One single person of knowledge can share knowledge with others without diminishing his own knowledge, just as a single lamp can light hundreds of lamps.

Vasu means brilliance or wealth. Baarus means the 12th day. This day pays homage to the cow and calf, representing wealth, motherhood, fertility, and sustenance. Why is the cow considered sacred? Hindus see cows as particularly generous creatures. A cow gives lots to the human being but takes almost nothing from us, just like our biological mother and mother of all, the earth. Cow worship is acknowledgment and appreciation of these holy qualities. In every agrarian house, there is a cow whose milk is drunk from childhood and throughout life. The male cow plows the field and is a mode of transportation — the bullock cart. Thus, the cow is considered part of the human household family. Cows not only give milk and innumerable milk derivatives, which are used as food, but they also give cow urine with medicinal properties, and cow dung, which is used for its antimicrobial properties, as a fuel, and for bioremediation of environmental pollutants. Cows not only take care of us during their entire life but also after their death, through leather and making fertilizers from their bones. In addition, Hindus associate various animals with different gods and consider these animals sacred. These include monkeys-Lord Hanuman, elephants and mice-Lord Ganesha, and tigers-Goddess Durga, among others, but none is revered as much as the cow, who is associated with Lord Krishna.

Dhan is the abbreviation for Lord Dhanvantari. the deity of health and medicine. Teras means the 13th day. This day is celebrated in India and around the world as National Ayurveda Day. Ayurveda is the world’s oldest holistic healing system developed in India and is now getting popular in America and around the world. Dhan also means wealth, representing both material and spiritual wealth, as well as health (health = wealth). Consequently, Dhanteras is a massive shopping day in India, in addition to other forms of celebrations.

Narakasur was a tyrannical demon king who had a boon that he could not be killed by a man. Satyabhama, the wife of Lord Krishna — the 9th avatar, thus killed the demon and released the 16,000 women whom Narakasur had kidnapped. The lesson from this story is that women should not wait for a knight in shining armor. Women should don the armor themselves, pick up a weapon, and vanquish the offenders themselves, or use other legal ways as in modern society. The demon may be a politician, powerful celebrity, workplace colleague, a roadside ruffian, or even negative characteristics of oneself. For Hindus, the women are not damsels in distress or delicate flowers but goddesses of power and strength. The traditions of this day include special ritualistic baths and worship and lighting of lamps to eradicate the negative energies.

The worship of Laxmi, the deity of prosperity, is important because we should respect wealth and not misuse it for inappropriate and immoral purposes. During the dark winter months, you need material wealth to survive. Only the ‘haves’ can feed the ‘have nots.’ Wealth provides security for you and everyone else because Hindus believe that the entire creation is a family. The business community starts new account books on this day. In villages during olden times, grains were shared with the 12 guilds (balutedars) who served the village throughout the year as a part of a complex barter system. In the USA, Sewa Diwali (www.sewadiwali.org) is conducted, a collective initiative by a large number of Dharma-based organizations around the country, who hold food drives and other necessary drives to benefit underserved communities. Last year, more than 300,000 pounds of food were collected from 400 centers and distributed to 200 facilities.

Ghalib of Our Time: My Brief Meeting With the Man Whose Lyrics Made My World a Better Place

This day commemorates the defeat of king Bali. He was originally a virtuous person who got corrupted by power and became too arrogant. The Supreme Being thus manifested as Vaman, a dwarf and the 5th Avatar of the divine, to carry out the task. This is a lesson for powerful people to behave righteously, since even an apparent weak person may cause their end. This day is also celebrated as a husband-wife festival in which the wife gives a ritualist bath to the husband with scented oils and perfumes stressing the romantic nature of the relationship, while the husband gives jewelry and gifts to the wife. These gifts belong only to the wife and are not family property.

This is the brother-sister festival. In ancient days and even now, many sisters are far away from brothers’ homes, and brothers do not get a chance to meet them throughout the year. However, on this day, it is the duty of the brother to visit the sister, regardless of how far she is located, or if impossible do so, at least make a virtual video call with her. The brother gives gifts to the sister, and the sister performs ceremonial rituals for the brother and feeds him. In my hometown of Peoria, IL, we conduct a food drive for The Center for Prevention of Abuse (https://www.centerforpreventionofabuse.org/), using the principle of brothers helping the local sisters in distress.

To review in short:
Day one — Animal protection and appreciation.
Day two — Health awareness.
Day three — Women empowerment.
Day four — Well-being for all.
Day five — Removal of arrogance and greed, and homage to the husband-wife relationship.
Day six — Homage to the brother-sister relationship.

Thus, Diwali is not just a festival for Hindus, but its principles are applicable to the entire humanity regardless of your mode of worship.

Mandar Pattekar is a radiologist by Profession. His service interest is in the basic education of children in underserved urban areas of America as well as improving urban food deserts. He likes to share the universally applicable Hindu Dharma principles with interested people.