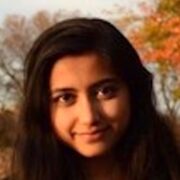 Colorful Memories: Indian Americans Share Stories of Holi From Their Childhood in India

“I work with and sculpt the bark of trees as they signify to me the abandoned, like I was after 1971—abandoned, ridiculed, humiliated and treated with contempt.”

It can be difficult to find a way into conceptualizing the scale and horror of the atrocities that were committed against the victims and survivors of the Bengali Genocide that took place in 1971, particularly as a person separated from these events by both geography and time. The stories my family has shared with me, in sudden moments of resurfaced emotion, have made a home somewhere nestled between my own memories. I reconstruct the images of what they went through in my mind — the fires, the running, the hiding, the relentless thrum of hope for survival, for an end to the fires and running and hiding. Even these dim reconstructions, immensely distant from their actual experiences, pain me to my core, but they help me to understand the people I love a little better. And I hope this understanding, slight though it may be, enables me to help them carry these memories when they feel too heavy to withstand.

Though I do not know them personally, the stories of the Birangona, the name which Sheikh Mujibur Rahman gave to the women who survived wartime rape in 1971, have long found a home in me as well. The legacy of their fight to have their voices and experiences by the ruling government is incredibly recent and in many ways still ongoing — it was only in 2015 that the Birangona were officially declared and granted the benefits associated with being named Mukhti Bahini, or Freedom Fighters, by the Bangladeshi government, after great pressure from women’s rights activists.

One of these possible ways into honoring and remembering the people who lost their lives in the genocide as well as those who survived and emerged in a society not ready to reckon with the scope of what they had faced is the work of Bengali female artists such as Ferdousi Priyabhashini. Known as the first woman to publicly claim the title of Birangona, Priyabhashini became an outspoken advocate for the rights of other survivors of sexual violence as well one of the nation’s renowned artists. Her sculptures, carefully shaped from driftwood she collected in nature, are striking in their softened contours and the way they seem to be in perpetual motion. Some of them are direct reflections on Priyabhashini’s experiences, others artistic ode to figures of daily life in Bangladesh and the ecology of the country. All of them are remarkable works of art, and they attest to the possibilities made real when women such as Priyabhashini seek out and claim spaces of artistic creation for themselves.

As Nayanika Mookherjee, author of “The Spectral Wound: Sexual Violence, Public Memories, and the Bangladesh War of 1971” states, honoring the Birangona and other survivors also means understanding that the social realities they face in their everyday lives do not evaporate as a result of them breaking their silence. Nobody should feel obligated to share their trauma with the public, and it is our responsibility to attempt to shape environments where survivors who are open about their experiences and survivors who choose privacy are met with the respect and care of their communities. We must do our best to ensure that the abandonment that Priyabhashini describes facing after her horrific experiences of the war is not replicated time and again in our response to the stories of survivors.

The duration of this pandemic has served as a time when major protests and movements in many nations around the world have taken off or amassed strength in rising numbers of participants, and Bangladesh is no exception in that regard. There have been many widespread protests against sexual violence and the government’s relative inaction on the matter in previous years, but in 2020, the outcry seemed to reach a new summit. Online and in massive numbers on the streets of Dhaka and other Bangladeshi cities, people demanded progressive change in policy as well as in media and cultural attitudes.

We Must Decry Persistent Attacks on Exhibition on Hindu Civilization Hosted by Hindu Organizations in the U.S.

It is this visible commitment to change, then, that makes me hopeful for the future of Bangladesh. Defeatism with regards to the issues Bangladesh continues to grapple with, from rising environmental concerns to social ills such as the exploitation of workers and widespread poverty, is the simple route. Resolving instead to recognize these issues and work at unraveling them to the best of our ability, to put into practice methods of accountability and care within the communities we belong to and hope to foster —therein lies, I would suggest, potential for forging a future we might welcome with pride.

Amrita Chakraborty is a Bangladeshi American writer and editor. Her poetry, fiction, essays and articles have been published in outlets such as Kajal Magazine, BOAAT, Cosmonauts Avenue and others. She graduated from Hunter College with a bachelor’s degree in English, and is now a graduate student at Cornell University. Amrita has extensive experience in both the creative and professional writing fields, and served as an Editorial Fellow with The Tempest in 2019. She was a winner of the 2018 Golden Shovel Poetry Prize as well as a finalist for the 2019-2020 Poetry Project Fellowship. Currently, she is a Blog Correspondent with Half Mystic Journal and a Poetry Reader with The Brown Orient (now on hiatus.) Her microchapbook Cold Alchemy was released by Ghost City Press in August 2020.