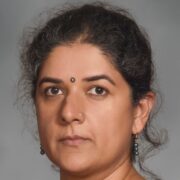 On Saturday, April 16, 2022, Ambedkar International Mission hosted a gathering in the City Council Chambers of Jersey City to celebrate Equality Day. Just two days before, the city adopted a proclamation recognizing April 14 as Equality Day. Dozens of families, activists, and supporters of Dr. B.R. Ambedkar’s legacy gathered to spend the day commemorating his life and work.

Prof. Jenik Radon, Adjunct Professor, School of International and Public Affairs, Columbia University, spoke about how he learned from and influenced other world leaders through his time as a student at Columbia University. According to Tim Loftus, Dr. Ambedkar showed that a community has to be a place of love to give birth to a just world. This understanding of Buddhism offers a way to connect spirituality and social justice.

Dr. Jayashree Kamble, Associate Professor at CUNY LaGuardia, and Yashica Dutt, writer and journalist, shared their personal stories of how honoring their ancestors mean learning their stories and being inspired to continue their fight for equality and dignity for all. A representative from the Indian Consulate General spoke about the importance of Dr. Ambedkar in designing the Indian constitution.

Activists spoke about the necessity of joining across regional boundaries to unite in the struggle for justice. Members of the community sang songs- folk songs that spoke of solidarity and fellowship and songs that express devotion to the Buddhist teachers, teachings, and community. The songs that were performed, the ones all of us joined in singing, and the prayers created a feeling of being together in a sacred space.

Children had a special place in the program — their presence was welcomed at all times; a special pizza lunch was set up for them alongside some arts and crafts activities. Some of the older children gave speeches about Dr. Ambedkar and his contributions to society. These are the future leaders of the community — articulate, confident, and proud of their heritage.

Keynote speaker Biju Mathew of Rider University, New Jersey, reminded us that the India that connects us to each other is one that does not yet exist — it is through struggle that we can imagine a community of equals that can create the India we want. He said that especially as the space for activism in India grows more hostile, the diaspora has a critical role to play.

Equality Day celebrates the birth anniversary of Dr. Ambedkar on April 14th. More and more states are beginning to officially recognize this day — from Tamil Nadu to British Columbia, to Colorado, Michigan and Maryland. The work of AIM and their allies in the Immigrant Affairs office of Jersey City brought this important milestone. The movement for national and international recognition of Equality Day will keep growing.

Recognizing Equality Day is a way to acknowledge the history and ideas of Dr. Ambedkar. While Indian communities in the U.S. often claim to have no issues with casteism, Equality Labs has shown that caste discrimination continues to be a huge problem. They showed that Dalits in America face discrimination at work, are excluded from places of worship and are rejected in romantic relationships because of their caste. Simply not talking openly about caste doesn’t make it go away.

Most savarna Hindus in America are so shaped by their own caste privilege that they often don’t realize when they are saying offensive things based on caste identity. As many as 60% of Dalits in America have heard derogatory comments or jokes about caste. These jokes and comments are not just hurtful words — they reflect an attitude of caste supremacy and an acceptance of inequality that demeans Dalits and reflects the privilege and ignorance of the speaker. This is why talking about caste is so necessary.

By hearing the stories of how people experience caste, how they grow up and see themselves, and how they experience moving through diaspora spaces we can begin the work of change. This work requires challenging deeply held assumptions and beliefs about merit and intelligence and purity. We must see the many ways caste apartheid shapes diaspora spaces and our families. Then only can we start undoing this separation and domination.

As immigrants, we have a real opportunity. Away from India, we share a great deal as outsiders who are learning how to live in America. We are forced to examine our culture and customs in ways that can be painful, but that can also provide a chance to reject those practices that are built on caste hierarchies and patriarchy. To quote Dr. Ambedkar from the Annihilation of Caste, “…the Hindus must consider whether they should conserve the whole of their social heritage or select what is helpful and transmit to future generations only that much and no more.”

Prof. John Dewey, who was my teacher and to whom I owe so much, has said: “Every society gets encumbered with what is trivial, with deadwood from the past, and with what is positively perverse… As a society becomes more enlightened, it realizes that it is responsible not to conserve and transmit the whole of its existing achievements, but only such as make for a better future society.”

We can replace these practices with the songs and rituals of Ambedkarite Buddhism, with the solidarity of a shared Bahujan struggle for equality and justice. As we reinvent what it means to be Indian, we can also unsettle how Indians back home relate to our heritage of festivals, beliefs, marriage choices, foods, and politics. This does not make us any less Indian, it just orients us to a future India rather than tying us to the “deadwood” John Dewey and Dr. Ambedkar show we can leave behind.

Beyond the Indian community, Dr. Ambedkar’s writing about women’s equality, nationalism, Buddhism, and pragmatism offer a universally relevant vision. The individualistic psychotherapy version of Buddhism practiced among converts is often hostile to children, women, people of color, to those who wish for a community of solidarity. Dr. Ambedkar’s Buddhism offers another way to be a modern Buddhist — one that makes space for engagement with the world and that includes all people. The more people that hear about Equality Day and the person it celebrates, the closer we can get to realizing his vision of justice and equality for all.

Nandini Deo is a professor of Political Science at Lehigh University in Bethlehem, Pennsylvania, and a homeschooling co-parent of three in Philadelphia.