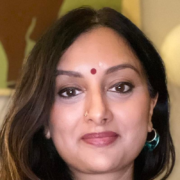 “We can only pause in admiration of this ancient civilization whose hero is a teenager who has not learned the rudimentary grace of civilized existence – to hold his peace in the presence of hypocrisy. Nachiketa is an attractive character who cannot go along with sham; but he is not an obstreperous rebel: he is more sincere about convention than his father (including the convention of obedience to a father even when the latter has lost his temper) and his first wish is for reconciliation with him. At no time does he lack respect. But that is just the point; he forces the issue by taking the demands of religion seriously when the majority have long since allowed external observance to paper it over, making it a dead letter that no longer communicates anything about personal struggle. But by poking holes in society’s shroud of complacency he represents, again, what it would take to awaken any and all of us. The text sums it up in the single trait it tells us about the lad. He has shraddha: determined seriousness, a deep, abiding, confident faith.”

— From Eknath Easwaran’s introduction to the Katha Upanishad in “The Upanishads,” 2nd Edition (2007), Nilgiri Press.

As I reread this passage, I remembered a conversation I recently had with a Hindu-American friend about the struggles faced by everyday stewards of Hinduism. Given the overt attacks on Hinduism from powerful institutions, including the Western academy, he felt a need to defend his children’s right to learn about and practice Hinduism without being accused or convinced or afraid they were bad or evil for doing so.

I responded saying, “Yes. But I am also fighting for the very Hindu right of our children to be in wonder and question without being vulnerable to and consumed by the propaganda that tells them that Hinduism is inherently regressive, oppressive, and irredeemable. I’m defending their right to be Hindu, which doesn’t only mean to believe, but to question, to inquire, to be in wonder.”

There is a distinction between wonder or healthy skepticism and cynical, annihilistic doubt when it comes to inquiry and Hinduism. Sanatana Dharma recognizes that the former is a natural part of the human condition; this is the very premise for so many of our scriptures like the Upanishads, Yoga Vasistha, and the Bhagavad Gita, which are all anchored in pivotal questions and discussions about the meaning and nature of existence and how to make sense of the complicated world in which we exist and act. The latter — cynical, annihilistic doubt — is informed and embedded within the Hindu psyche through colonized education and rhetoric. It alleges that Hinduism is internally incoherent, illogical, and un-modern, so it is not possible to make sense of it.

These are distinct ways and reasons to ask questions. One comes from the natural process of inquiry and wonder that is a part of self-discovery and social reform, and the other emerges from doubt whispered in the ear by those seeking to disinform and undermine the community. Their codes and meanings and purposes are entirely different, yet they often become conflated in discourse, even among Hindus. The colonizer’s voice often emerges from the body of a Hindu who seeks to be perceived as “rational” and “modern.” (The assumption that Hinduism and its sincere stewards are not rational or “modern” is embedded within this voice.)

Annihilistic doubt then demands to be treated as if it is a sincere inquiry on the premise that Hinduism encourages us to question. Some Hindus, who appear to be blissfully or willfully ignorant to the driving force behind annihilistic doubt, readily comply and accept its claims within the discourse without critical examination of its source, assumptions, and implications.

Other Hindus, exhausted from defending against these insidious and relentless manipulations, tired of having Hindu magnanimity weaponized against us, not entirely sure how to tease apart the source of the questions in order to surface the underlying assumptions, find themselves hardening. Colonized education is, after all, a form of psychological attack. And so, some of the spaces and relationships where there used to be an encouragement of inquiry and wonder have been replaced with a calcified stance and, perhaps, fear. Why are you asking me these questions (which I may not want to admit I don’t know the answers to)? Who is influencing you? Why are you doubting your family and our traditions? This is how we do things. If you want to be a good Hindu, if you don’t want to be a disappointment, then you will simply follow what we do.

This easily feeds back into the annihilistic logic. See how stuck those traditional Hindus are? See how they squash intellectual discourse and inquiry? They refuse to self-examine. This is why we need to reform and ask these critical questions from the outside in. Because Hinduism is inherently oppressive and we must fix it and even dismantle it.

(This, of course, makes little sense to Hindus who recognize that Sanatana Dharma is an inquiry tradition that recognizes moral dilemma and centers agency and is not a dogmatic one that demands compliance under the premise of moral certitude.)

The Stand-Up Solution: How My Passion for Chicken Wings Landed Me at TEDx Talk

One of the most powerful findings from my doctoral research on second-generation Hindu American teachers was the following: while all four participants had been raised in actively Hindu homes, only three of them continued to consider themselves Hindu and definitely wanted to raise their children in Hindu homes. The fourth grew up in a Hindu home where he was discouraged from asking questions, where his parents gripped to tradition tightly but without space for his natural adolescent wonder to flourish. Where his questions were met with fear. He now considers himself to be Buddhist, which he recognizes as related to Hinduism and attends regular meditation sessions at a nearby Buddhist center. He still studies Hindu philosophy, but he associates those brick walls he experienced as an adolescent with Hindu culture and so he keeps a distance. In the other three homes, the children were encouraged to ask questions, were connected to Hinduism through music, poetry and the arts, through exploring the meaning of rituals, and through regular pujas at home, and, most significantly, were encouraged to ask questions and explore. They associate growing up Hindu with nurturing a sense of wonder.

This is not an indictment of those parents and people who have taken on the hardened stance out of fear. Operating from fear (or operating with one’s head buried in the sand about how Hinduism is under attack) is a natural response to the trauma of the constant attack. My goal here is to surface the complex dynamic that is playing out beneath and around that hardened stance so that we can better understand our fellow Hindus and create discourse, supports, and resources to adapt how we respond, how we parent, how we teach, and how we build institutions.

Imagine a force field or a membrane that protects the sincerity and shraddha of the seeker from the degradations and manipulations of those seeking to destroy that sincerity, that sense of wonder, that journey of discovery, and replace it with the moral certitude, the black-and-white binary and irreverence and even arrogance of the colonizer’s gaze within the minds of our children. This is why I told my friend that when I speak out against Hinduphobia, I am defending our children’s right to be authentically in wonder and to ask questions and even to be skeptical, particularly about society, but with the sincerity and respect and suppleness — the shraddha — of Nachiketa.

What does that mean for those of us committed to actively hold, defend, create, nurture those spaces for our descendants? For anyone to have a fair chance at authentically engaging in Hinduism free of colonial interference? How can we liberate our actions from the fear and defensiveness that result from the relentless onslaught we face? I would offer that the answer lies deeper than an intellectual argument, deeper than emotional wellness, deeper than the ego. To move with the dispassion, valor, and skill required of us to create this force field, our commitment must begin with a sincere and consistent practice of sadhana and self-study. To create this space, to inquire and reflect and build with shraddha, we must also strive to embody this space.