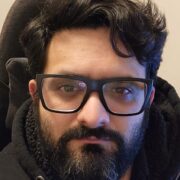 Frisco, Texas was voted as the ‘Number One Best City to Live In America’, according to Money Magazine’s 2018 prestigious list of “50 Best Places to Live in America.” It is a safe place to raise a family, has one of the best school systems in the country, and is home to a vibrant, diverse community.

However, something sinister is brewing beneath this suburban prosperity. Just like gardens attract snakes, there are extremists living among us, looking to poison our community with hate.

When most people think of India, they think of Bollywood, colorful festivals, and spirituality. The reality is far from idyllic. Under India’s current government led by Prime Minister Narendra Modi, Hindu supremacism, also known as Hindutva has consumed the nation and its diaspora communities across the world.

Hindutva, separate from Hinduism, is a 100-year-old fascist political ideology that was modeled after European ethno-fascism during World War II. The ideology considers Hindus as being superior to all other religious groups in India, and that Christians and Muslims should be stripped of basic human rights and subjected to violence. Hindutva’s most powerful supporters in India have openly called for a genocide of 200 million Indian Muslims, demonized Christians, and claimed that India’s secular democracy needs to be remolded into a Hindu supremacist nation.

Hindutva has spawned a number of violent Hindu extremist groups across India — groups who have been criticized by the world’s major human rights organizations for publicly beating and lynching minorities, sexually harassing minority women, arsoning mosques and churches, glorifying rapists, and parading with weapons while chanting genocidal slogans. But far from these being condemned, a number of diaspora Hindutva organizations support these hate groups, both ideologically as well as with funds.

GHHF is one of these organizations, as it made clear on November 27.

28 million Christians in India are under constant threat of being physically assaulted, arrested, and kicked out of their own churches. A report released by the Federation of Indian American Christian Organizations of North America (FIACONA), a U.S.-based Christian nonprofit, states that in 2021 alone, there were 761 cases of violence against Christians. That is around two documented incidents per day. The number of undocumented incidents is much higher due to underreporting.

The report shows that surveys conducted in states ruled by India’s dominant Hindu extremist party, the Bharatiya Janata Party (BJP), “72% of Christians believe that the police will not protect their lives, properties and way of life” from mob violence.

Violence is so rampant that a Christian woman, despite being nine months pregnant, was beaten by an angry mob to the point that she lost her unborn child.

To make matters worse, anti-Christian legislation has been passed in various Indian states to criminalize religious conversion. These laws, known as anti-conversion laws, are used by Hindu extremist mobs as an excuse to attack Christians with impunity. Often, it is the victims of these hate crimes who end up being arrested.

The GHHF is directly enabling these violent mobs as they barge into prayer halls, beat Christian men and women, and demand law enforcement to shut these churches down on dubious claims of “illegality.” There is no question about this complicity. Money is being sent from one of America’s most prosperous cities, Frisco, to abuse some of the world’s most persecuted Christian communities.

Hindutva might pose its biggest threat to minorities in India, but it has been expanding its influence and has made a sustained effort to gain political ground in western countries, especially in the United States.

Amazing Grace: A Tribute to My Guru and Kathak Dancer Pundita Labonee Mohanta

This foreign interference in America’s policy making has been sustained and well-coordinated, to the point that extremists can now sit in America’s best cities and raise funds for the sole purpose of inflicting violence on Indian minorities.

Right now, GHHF is targeting Christians in India, but the harm caused by Hindutva groups is more widespread. The violence and persecution of Indian minorities is being exported around the world. Last year in Australia, Hindutva supporters attacked Sikhs, another minority religious community, with baseball bats and hammers. In 2020, outside the Indian consulate in Houston, Hindutva supporters chanted death and rapethreats at families, including women and children, who were protesting India’s anti-Muslim citizenship policy.

In 2022, Hindutva mobs in the United Kingdom attacked and rioted in Leicester, an area with a sizeable British Muslim population. Just a few months ago in September 2022, mobs of hundreds of Hindutva supporters, faced off against a group of Sikhs in Canada.

The intimidation tactics even include regular death and rape threats against families and children of American academics and activists who are raising awareness on the matter in the United States.

All this begs the question: why is a nonprofit organization, registered in Frisco raising funds for the demolition of churches in India? Who are the people behind this, and what other violent acts have they been supporting? For how long have they been sending money to terrorize Christians and other minorities in India? Are these naturalized American citizens from India guilty of lying under oath during the naturalization ceremony, falsely claiming that they have never supported genocide in any other country?

The Department of Justice, the Federal Bureau of Investigation and the Internal Revenue Service must take notice and investigate this. No form of hate should exist in our communities, and Hindutva is no exception.

Faiz Naseem is a Dallas resident with a degree in International Relations. He currently works as an IT consultant.