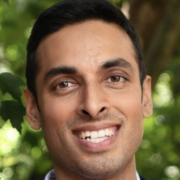 Senate Confirms Sarala Vidya Nagala to the U.S. District Court for the District of Connecticut

What is the value of a vote? With November 2nd quickly approaching in Virginia, this week is a great opportunity to reflect on the importance of making our voices heard as a South Asian community in this year’s election.

I was the first Indian American and South Asian ever elected to the Virginia House of Delegates. My first term in office has made it more clear to me than ever that if we as South Asians want our voice to be heard on the issues that we care about to be considered, we have to have seats at the table.

Your voice and your vote as a South Asian matter. As the fastest-growing demographic in Virginia, the South Asian vote is and will only continue to be more pivotal in our elections. Since 2016, Asian voters in Loudoun, Fairfax, and Prince William have elected two new AAPI Delegates and helped flip the General Assembly. The same voters have the power to make the difference in several of this year’s closest elections. Our community has the ability to make a change this year in Northern Virginia and our Commonwealth just by showing up at the polls.

And because of progressive South Asians coming out in record numbers, I have been able to deliver for them. I co-founded the Asian American and Pacific Islander Caucus, a group of legislators championing the issues and interests of our Asian constituents across the state of Virginia. Founded in March of 2021, we have already secured $500,000 for language access improvements for state agencies that interface with the public, and our caucus has effectively advocated for the continued support of the incoming Afghan refugees.

In the future, we’re committed to continuing to push for better representation in state government, action to address AAPI hate crimes in the Commonwealth, and improved data to help disparities that impact our communities. This is the impact of having a strong collective voice in government and continued and growing participation of the South Asian electorate will only serve to strengthen that voice.

We have also passed crucial legislation that benefits the South Asian community. Our South Asian-friendly majority has passed legislation on many crucial issues such as education funding, gun control, voting rights, prosecuting hate crimes, and supporting our small businesses. Under our leadership, Virginia was named #1 in the country for business, which was done while improving workers’ rights and raising the minimum wage. We’ve expanded funding for college education, promoted women’s equality, and we gave teachers a much-needed raise. We jump-started the clean energy transition, addressed police brutality and bias, and enhanced protections for victims of abuse—all in just two years as a unified Democratic government. The list goes on, and we’re ready to do more.

But there is more work to be done, and it will get done as long as South Asians in Virginia make their voices heard again. Luckily, we have made it easier than ever to vote in Virginia. Early voting runs until this Saturday, October 30th, so that you can vote when it works best for you. Election day is this Tuesday, November 2nd. For more information on voting, visit my voting information page or visit your county’s voter information page.

Our votes have value — they increase our representation, allow us to champion issues with greater force, and elevate our community’s political voice now and in years to come. I hope I can count on you to vote to keep our issues on the table and keep our state moving towards a brighter future.

Suhas Subramanyam is an American lawyer and member of the Virginia House of Delegates, representing the 87th district.