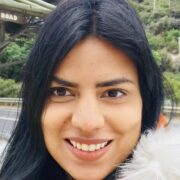 The Blindians: Black and Indian Couples Reflect on Kamala Harris and Anti-Blackness Among South Asian Americans

In a single day alone, laborers across India sent a powerful message to the workers of the world: Unite. Will Americans follow their lead?

As the world remains deep in the throes of the COVID-19 pandemic, the working class has suffered tremendous blows from a global economic system that has been increasingly exposed for its exploitation and neglect of the poor and marginalized. With the United States and India holding first and second place in total coronavirus cases as of January 16th respectively, workers in both nations have reeled in bearing the ongoing costs of a largely halted world economy. While thousands of newly unemployed Americans fill up breadlines and are left without healthcare due to an employer-based insurance system, India’s migrant workers have endured long, treacherous journeys back to their villages since last March, and informal sector workers suffer major wage losses and food shortages under prolonged lockdowns.

While economic challenges stemming from a once-in-a-century global health crisis are to be expected, these harsh realities for workers must be juxtaposed to a recent sobering reveal that the world’s billionaires became $1.9 trillion richer in 2020 — a 16% jump in wealth for America’s billionaires; 19% for India’s. It’s a tale as old as time: the rich get richer and the poor get poorer  — an axiom the pandemic has only substantiated, and then some.

To help its people in this dark hour, the U.S. government gave $500 billion to large corporations and snuck in foreign military funding in two rounds of congressional stimulus bills, while offering its most needy citizens a meager one-time cash payment of $1,200 (later followed by a one-time payment of $600, as the virus raged on). As activists organized work stoppages calling for frontline and essential workers to be adequately protected and paid commensurately for heightened health risks, corporations demonstrated their swift commitment to suppressing labor resistance.

Throughout 2020, workers in healthcare, packaging, food retail, and other industries initiated strikes over insufficient safety workplace measures, hazard pay, and benefits. After Chris Smalls, a Black warehouse worker at Amazon was fired last May for starting a work stoppage, a leaked memo revealed that Amazon legal counsel argued to “lay out the case for why the organizer’s conduct was immoral, unacceptable, and arguably illegal, in detail, and only then follow with our usual talking points about worker safety…if possible make him the face of the entire union/organizing movement.” In July, Senate Majority Leader Mitch McConnell supported legal immunity for employers against lawsuits citing improper health safety precautions — a bipartisan proposal. Politicians, in tandem with corporations, have been royally failing American workers for decades. Now their dismissal of them has turned deadly.

Meanwhile in India, a proletariat revolution has arisen.

Starting on the 26th of November, an estimated 250 million workers launched a general strike — roughly 76% of the entire U.S. population. The strike, supported by central trade unions and left-wing labor parties, was particularly notable in that laborers across industries, from railways to coal to petroleum, joined the farmers in a remarkable act of solidarity. The strike was prompted by the Modi administration’s passing of a series of farm reform bills last September. The bills consist of three acts: the first of which expands the areas of produce sale beyond regulated wholesale distribution sites (known as “mandis”), the second creates a national framework for farmers to enter into forward contract farming with purchasers, and the third delists certain commodities — cereals, pulses, potato, onions, edible oilseeds, and oils — as “essential”, thereby deregulating their supply and sale.

Farmers marched towards the Delhi capital in resistance. The driving catalyst for their anger is that wholesale deregulation — non-regulated sites at which produce can now be sold, fixed contracts between farmers and private buyers, and the delisting of government-protected essential commodities will lead to exploitation of farmers at the behest of large corporations. Many have expressed fear that the bills’ expansion of agricultural sale to private buyers will inevitably lead to the dismantling of Agricultural Produce Market Committees (APMCs), as large private players will wield outsized market power to diminish their influence. APMCs, agricultural regulatory boards, have been critical in ensuring certain farmer protections, such as a Minimum Support Price (MSP) — a government-fixed crop price provided to farmers as a safeguard against poor harvest seasons. MSPs are not legally enforced, and its codification into law is one of the farmers’ key demands. The farmers additionally want designated APMC “mandis” to remain the site of produce sale. The clearing of the proverbial “red tape”, farmers argue, leaves them to be subject to the discretionary power of big corporations who will be sure to drive down crop prices.

American laborers are no stranger to policies championed by both parties that have favored corporations over them, farmers being no exception. Over the past four years alone, the Trump administration has proudly highlighted its deregulatory policies, including dissolving GIPSA, an independent U.S. Department of Agriculture agency monitoring antitrust violations across key food industries. President Trump’s trade wars with China and close U.S. trading partners like Canada and Mexico resulted in retaliatory tariffs that also hurt farmers. In light of the incoming Biden administration, Trump’s isolationist “America First” agenda will soon end. But the underlying structural issue of undue corporate power bolstered by the government will remain. Under this reality, no matter who the President is, workers are setup to lose.

U.S. District Court Dismissed Hindu American Foundation’s Defamation Case. But Why We’d Do It All Over Again

What is America waiting for? As the virus-ridden country surpasses a staggering 400,000 deaths, with millions unemployed and a government unwilling to provide meaningful economic relief, the inflection point has long since come for workers — farmers included — to take sustained direct action.

As of the end of last month, farmers in India engaged in their sixth round of talks with the Modi government, not backing down from their initial demands to have the three acts repealed and basic economic safeguards ensured by law. A courageous force of resistance, the organized farmers remain undeterred. Joining them in solidarity in the millions, the workers of India have just shown America how it’s done. It is high time American labor followed suit, especially as workers have risked and sacrificed their lives during this pandemic to take care of the rest of society.

Perhaps the strongest message to be sent to corporations and their co-conspirators in government is best put by a farmer’s picket sign seen in Mumbai —“Don’t bite the hand that feeds you.”

Aparna Priyadarshi is a development practitioner working in the field of rural development, currently based out of Philadelphia, PA. She recently graduated with her Masters in International Affairs from Columbia University and works at a social enterprise assisting smallholder maize farmers in northern Nigeria. Outside work, Aparna is a freelance writer on issues of injustice. Her writings include topics such as white supremacy in the United States, Hindu nationalism in India, and Israeli occupation of Palestine.