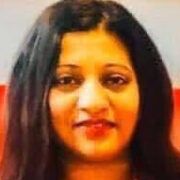 Diversity in the Republican Party is a timely topic. Election 2021 will define the Republican Party of Virginia (RPV) for many years to come. Not only did we win a state-wide Republican sweep, but ours was the most diverse slate of candidates – both at the top of the ticket and down-ballot — in the history of the Commonwealth of Virginia. An immigrant African American woman (the first in Virginia on all counts) as our Lt. Governor, a Cuban American as our Attorney General, and the very first private equity executive as our Governor. We worked hard to make this happen – but the candidates we had to work with are extraordinary.

I am a Hindu American and a proud Republican. I know that Republican principles of faith, family, individual freedom, parental control of education choices for their children, limited government, low taxes, effective law enforcement, strong borders and national defense do indeed resonate with my community. But translating these principles into actual votes has been an uphill battle.

Indeed, the 24/7 toxic stew of social media and cable news manipulating public opinion in favor of Democratic Party operatives is partly to blame. But we, in the Republican Party, must accept some blame too. Until recently, the Republican Party failed to outreach to racial, ethnic, and religious minorities, many of whom agree with our political principles. But they rarely hear from us – neither in our grassroots coalition outreach nor in our candidate recruitment.

The Youngkin Campaign has changed that dynamic. For decades, Democrats have cultivated a close community bond with racial, ethnic, and religious minorities in the cities and the suburbs where they live. Folks, this is their vaunted urban political machine, touted in media polls, that Republicans have been unable to penetrate. Their secret sauce is fear-mongering. They have convinced these impressionable communities that they are under threat from climate change, race-based economic disparities, exploitation of immigrants by the Feds and local law enforcement, health care and housing crisis.

So, how exactly did Glenn Youngkin crash this blue wall? By proactively building a significant grassroots coalition with racial, ethnic, and religious minorities. I know that Hindu Americans truly appreciate Glenn’s personal outreach to us, and we surely contributed to the Republican gains in Northern Virginia. Moreover, the Youngkin campaign ads focused on kitchen table issues, which deeply resonated – schools, safety, and the cost of living.

Here are my recommendations:

Noting that the younger generation is more diverse, let’s bridge the Republican support gap among millennials and Gen Z:

My tips for winning messaging:

Identify and recruit diverse candidates; groom and support them at the local GOP level:

In conclusion, Election 2021 in Virginia has given us a dynamic and inclusive Republican Party. We have learned that social media and cable news cannot be our political drivers and that we must empower activists and civic-conscious citizens from diverse communities.

Dr. Srilekha Reddy Palle earned her Doctorate in physical therapy from Boston University and her MBA, with a focus on healthcare administration, from the IIBM Institute of Business Management. Currently, she also serves as Vice President of National Capital Healthcare Executives. She also volunteers with the Vincent Ferrari foundation to provide rehabilitation care in rural community hospitals across India. She was the past president of Durga Temple of Virginia, the largest temple in the Washington, D.C. area. She is the current political director for American Hindu Coalition and believes in community service and community engagement. She is the Vice-Chair of Campaigns and Elections in the Fairfax Republican Committee and Fairfax GOP Vice President.