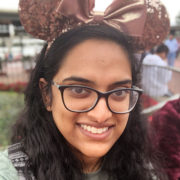 As America begins to reopen after months of uncertainty and lockdown due to COVID-19, a return of one of the most American pastimes emerges: the brutal murders of black Americans by the police.

The disturbing video of George Floyd, a 46-year-old black man in Minneapolis, was released on May 25 night showing a white officer pinning Floyd down by putting his knee on his neck while he begged, “I can’t breathe. My stomach hurts. My neck hurts. Please, please. I can’t breathe.” The video shows Floyd pinned on the ground by the side of the patrol car as another officer watches and bystanders plea for the officer to let Floyd go as he falls unconscious.

The whole scene plays out horrifically and echoes the violence and fear that previously captured the nation when videos of Michael Brown left for dead on the ground in Ferguson, Mo.; Eric Garner pleading he “can’t breathe” on a sidewalk on Staten Island; Philando Castile being murdered in Falcon Heights, Minnesota; and just recently Ahmaud Arbery being hunted down while jogging in Brunswick, Georgia went viral but no consequences for the police involved followed.

For me, one of the aspects that add to the disturbing nature of George Floyd’s murder is the Asian officer, Tau Thao, standing by watching as his partner murders a handcuffed man. His acceptance and support of the white officer’s action is a visual representation of a larger issue of anti-blackness in all Asian communities in the U.S., but personally echoes anti-black sentiments commonly heard throughout the Indian American community — my community.

As Indian people born in America we exist at the crossroads of both cultures. On one hand, we use slang in our everyday conversations that directly comes from black culture (hip hop, social media) but I constantly hear aunties and uncles say our rejections from Ivy League schools are because black Americans have affirmative action on their side.

We wear clothing and styles based on designs starting from black communities, but are frequently told not to be “out in the sun too long so our skin doesn’t turn black.” We consume and enjoy black culture, because it is American culture, but think our community is superior to black Americans because we have bought into the myth that we are “model minorities” — minorities that have assimilated into a culture that has a racial hierarchy and stay quiet in the face of state violence and systematic oppression against black and brown bodies.

Our parents, who worked harder for less money and with more to lose, tell us to keep our heads down and not to get tangled in “issues not involving us” in order to reach areas of power and wealth. But I truly believe that for our community to keep standing aside quietly would be to wholeheartedly accept the ideas of white supremacy. We fear losing our proximity to whiteness and the access to power and wealth it gives us. Our acceptance of the ideologies of white supremacy can be seen in how skin whitening products are still popular in, not only Indian American communities, but in India itself, to having some of the most well known Indian Americans in politics like Nikki Haley and Bobby Jindal whitewash their names from Nimrata Randhawa and Piyush, respectively, to make themselves more palatable to Republican voters.

One Voice Against White Supremacy

Gyanvapi Mosque: The Fight in Varanasi Today is Not a Dispute Over Well-Settled History, But Rather a Legal and Civilizational One

Yet, even after generations of Indians in America staying silent while state sanctioned police violence brutalized our fellow black and brown citizens in order to get a step up in the country and power, Indian Americans continue to be the target of racial and religious discrimination anyways. So why not use our position in society as “model minorities” to create solidarity with black Americans against systematic oppression so that all of us in America, black and brown, can live safely and equally in this country our ancestors, our generation and future generations work so hard for.

Seeing the images of police teargassing, harassing and hurting the young black and brown protestors in Minneapolis after George Floyd’s murder versus the calm, muted response by the police in multiple states when an armed white protestors went to state buildings to protest the Covid-19 lockdown and laws requiring masks in public, only serves to amplify the unjust and cruel differences African Americans face in this country. It also cements why more than ever we need to speak out with one voice against police brutality and white supremacy.

A spark of hope in the midst of the cruel and brutal reality of this country came when after riots in Minneapolis damaged an Indian restaurant, Gandhi Mahal, and the owner Ruhel Islam (a Bangladeshi immigrant) stated to “let my building burn. Justice needs to be served, put those officers in jail.” Maybe it is with these words of selflessness and prioritization of human life, we as a community can work to not only liberate our black brothers and sisters but ourselves from being pinned at the neck by the brutality of white supremacy.

Nina Konda is a final year medical student at American University of the Caribbean. She spent the last two years doing clinical rotations in Miami. Throughout medical school, she volunteered and served in underrepresented communities both in Sint Maarten and in the United States. In the little downtime from medical school, she is relearning to play piano, attempting to become a plant mom to a newly planted mango tree and tomato plant, and is learning patience through baking.