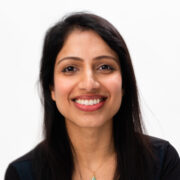 I have a thing for remembering dates. Less so birthdays and anniversaries, but more to do with significant life events in the lives of my loved ones and my own. Naturally, as soon as July 2020 arrived, I began reminding my husband that this month, July 25 to be exact, marks 15 years since I first came to America. He has heard this before. Every year, in fact. The same way June 14 marks when I moved to NYC, April 6 when he began his first start-up job, September 25 when my father proposed marriage to my mother way back when, etc. One of the many things I love about my husband is that he tolerates me recounting these dates every year.

It was nearing the end of a long day on Thursday, July 23. Around 10:30pm my husband called me with some urgency to open a mail addressed to me. I hate checking mail and it usually takes me a nudge or two from him to open mine. But this nudge felt more nudgy, so I listened right away. Sure enough, the letter was from the United States Citizenship and Immigration Services (USCIS) which even the laziest immigrant in the country knows to pay attention to.

At the time I had a temporary Green Card which I had received through marriage. My husband is an American citizen. We had applied for the temporary conditions to be lifted last fall and the USCIS had sent across an 18-month extension of my temporary status which was good until May 2021. Then the pandemic hit and it felt like there were no guarantees anymore. I learnt to not think about it too much as there were far too many other things to worry about instead.

Until this moment. We opened the letter together. An unknown demigod in USCIS had kindly processed my application and updated my Green Card status to permanent. I cried.

After a brief moment of celebration with my husband, my first instinct was to call my family. I called them on Whatsapp-video knowing it was too late for my brother in the UK to answer. I cried again while sharing the milestone news with my parents, but these tears felt different. It felt like a formal announcement of a permanent separation from them, especially during this pandemic when it’s hard to know when we’ll see each other again.

My mother, the positive beacon of light that she is, immediately asked to talk to my husband so she could congratulate him too. My father, emotional like me, understood what I was feeling and assured me that linkages of the heart are not hostage to political documents, long distances or ravages of time.

Memories of a teary farewell on July 24, 2005 came rushing back. My mother, brother, family friends and my closest friends from high school and college — a ​paltan​ of 11-strong — came to bid me goodbye at the Delhi airport. It was such a bittersweet moment. The next day, I arrived wide-eyed and jet-lagged in America ready to begin my Masters program at the University of Virginia. My lovely host-mom helped me settle into my new life. Many years later, she would attend my American wedding and sit at the same table with my parents.

Since then, all milestones — such as getting a degree (on an F-1 visa), choosing a job (on an OPT visa), moving to a new city, leaving a job for another (migrating my H-1B and restarting my employer-sponsored green card application), even entering into a romantic relationship — have had this question looming in the background: “Will I move back home?”

It was, perhaps, circumstantial, but it’s not entirely inaccurate to say, that America has made me who I am today. I grew up in India until the age of 20 but this is where I “grew up,” made several adult decisions on my own, chose to and, sometimes was forced to, go outside my comfort zone, found the love of my life, failed in many things along the way, and as a result of those failures, also had some success.

Every immigrant understands the travails related to visas, no matter which one you’re on. We’re often at the mercy of the visa Gods and our fate is a mix of choice, luck and support. I did not intend to spend 15 years here. At each life stage I evaluated my options and considered the best one knowing I had only so much control over the situation. I can think of so many individuals, too many to name here, who have been instrumental in this long journey. My family, best friends, bosses, colleagues, friendly visa officials, airport and consulate staff, even pets. Thank you.

I’m reminded of the immigrants who make up this country, those that dared to dream. It’s a scary time to be an immigrant in America but it’s also a time to reaffirm what it means to be American. The longer I pondered the question of whether I’ll ever go home the more I realized I already was home.

Who knows what the future will bring? I do know that going forward I will celebrate three consecutive days in July, what fun! You can’t see it now, but my husband is rolling his eyes in the corner.

Richa Rudola is a statistician-turned-filmmaker. Her films have screened at 45+ film festivals around the world and won 10+ awards. She likes to view the world with a sociological lens and enjoys telling stories of courage. Richa serves on the board for NYC Women Filmmakers and the leadership team for Filmshop. She grew up in India and currently resides in NYC with her husband.