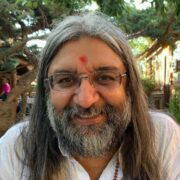 What’s in a Name: Realtors Dropping the Word ‘Master’ Does not Empower Blacks or Women

Human rights have a vital role in today’s world, as populism and neofascism snuggle into the accepting bosom of liberal democracies, illegal wars and detention, terrorism and hunger, domestic violence and corporate crime flourish in our neoliberal, nacro-capitalist, over consuming pandemic ridden fin de -siècle. Covid-19 is making our deep social and individual sicknesses visible to all of us, not creating a new problem. In vivid counterpoint, we celebrate people power around the world — from Hong Kong to Portland, from Shaheen Bagh to Standing Rock, from Tel Aviv to Djibouti — we are heartened by the call to action, to creative social and ecological restoration that is echoing around the planet.

We have been at this type of turning point before — and we likely will come back again. Building a better world is a difficult task and one that is always incomplete. Every solution has loopholes, every change has consequences, and greed is a dominant feature of our landscape. Mahatma Gandhi put it powerfully in his book on “trusteeship” ( his vision for leading institutions) — “I venture to suggest that it is the fundamental law of Nature, without exception, that Nature produces enough for our wants from day to day, and if only everybody took enough for himself and nothing more, there would be no pauperism in this world, there would be no more dying of starvation in this world. But, so long as we have got this inequality, so long we are thieving.” It is poetically rendered as “the world has enough for everyone’s need, not our greed”.

This is an old problem. The Rg Veda has many passages speaking to abundance and sharing. RV 117 focuses on the losses suffered by those who have much and will not help people in need — “will have no comfort in old age, no one to love him, it is all guilt! Far more poetic is Raimundo Panikkar’s description of the dawn. We begin by realizing that she is supremely generous — “She radiates, proud of her pure appearance, spurning none, whether great or lowly.” And yet, the seer asks for one exception — “Awaken, o Dawn! The generous giver; let the stingy miser sleep.” Greed, anger, resentment, and inequality is intrinsic to the human condition and leads to many of our dysfunctions.

This insight into the deeply human — and solutions that we can test and refine — is one important gift that Hinduism offers the world of “human rights”. Let me suggest that there are three other important dimensions that are vital for all of us:

It is commonplace in most discussions of “rights” or “progressive values” to be skeptical of religions. And there are many trashy examples of religious institutions being misused — and so many “religions” that have collapsed into a sentimental power grab. However, ignoring religion because of bad examples misses a fundamental human truth — we are born seekers. In secular language nowadays we speak of searching for “purpose” or “meaning,” but this is only a remnant of the deep longing for the sacred that animates all humans.

The Brihad Aranyaka Upanishad asks (BUIII 21), “On what is faith (sraddha) based? On the heart, for through the heart one knows faith. Truly, on the heart alone is faith based”. In Euromodern worlds, faith is not understood well. Faith is before thought, before action – it is the precursor to all ways of being and becoming in the world. As Chandyoga Upanishad says (VII, 19) (en iii), “When a [person] has faith then [they] think. Nobody thinks until [they have] faith. Only by having faith a person thinks.”

It is impossible to focus on “human rights” if we do not work with that which makes us deeply human. And as a human unanimity, it is the call of the sacred that shapes our ways of being in the world. The repository- the “source of resources” — are the religious traditions of the world –  from the multitudes of indigenous traditions across all continents, the well-known Abrahamic faiths (Judaism, Christianity, and Islam), the depth of Chinese tradition and folklore, and the glories of traditions  from India – Hinduism, Buddhism, Jainism, Zoroastrianism, and Sikhism — and many others. These vibrant families of seeking and sharing give us deep hope and promise through their vitality, aliveness, and options — resisting the urge to flatten them and make them into just one thing.

It is vital to be careful — populists and demagogues use partial version of religion  to set up their invidious power grabs – e.g. the “Christians” who are sad because their bigotry is not acceptable, the “Hindus” who define their masculist fantasies through violence against other religions and castes, the violent misogyny across the planet usually defended as “the way things are” and so on. But as always, keep the baby even if the bathwater needs to be changed. There are powerful emancipatory streams in each tradition — and human rights will be far more effective when they can tap into these eternal human dreams and visions to create beautiful invitations to a just and loving world.

Within the traditions, one amazing characteristic of the Indic ways is the sheer overwhelming variety of possibilities. 33 million gods and goddesses, 25+/- major philosophies, cosmologies that span dimensions and galaxies, practices from extreme austerity to debauched decadence to appalling cannibalism to … and so on. This rich and vivid diversity which co-exists in streams of time and space spanning millennia and continents is a profound invitation just in its existence. It challenges all parochial views, creates existential fear in many simple people — and it breaks the mechanistic paradigm with no effort. It does inspire efforts to control it — the Indian state has followed the British colonial regime in seeking to build an “iron cage” which is falling apart, especially as autocratic moves and corrupt governance have become increasingly central to governance strategies.

A “Hindu for human rights” celebrates abundance and diversity. We are aware of the fecundity of the universe and celebrate this generative possibility in all we do. In this world, “human” includes all species – including the unknown ones. Indic histories and stories have always included beings from multiple realities and dimensions – not just because empirical realities are limited, but also to celebrate that which we cannot know. In terms of our worlds, we must include the concerns we have for humans – and for nature, for our world systems. The danger is that the Euromodern paradigm is overwhelmingly individualistic, and it behooves us to balance that by looking at the range of issues and concerns that will lead to a just and loving world, that works for all our needs.

The Atharva Veda (III, 30) enjoins us — “of one heart and mind I make you, devoid of hate. Love one another, as a cow loves the calf she has borne.” The call of love is the call for a better world — and the expressions of love are the well spring for any real justice. When we keep orienting toward that sense of loving truth, we can create better worlds. We need real energy to keep the work of building a good world — and the primal energy of the world is love. This is what the great traditions offer — and all seekers celebrate.

At this point, I am accepting my Indianness (only) and skipping the third point I had wanted to make. This is a blog after all, and many of my best teachers played with incompleteness. Incompleteness destabilizes the linear narrative structure we live with/in unthinkingly — and points to the incompleteness that is the counterpart of the fecundity we celebrate. In Indian households, we always have space for the uninvited guest who is a form of the Divine. Let us close this initial and partial reflection on being Hindu as I work with human rights, and the attempt at a broad and generous invitation Hinduism offers all of us working for a more loving and just world.

Punya Upadhyaya is a cofounder of Hindus for Human Rights and a sevak of the Neem Karoli Baba Hanuman Temple and Ashram in Taos, NM.