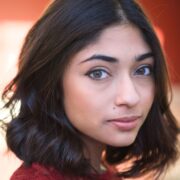 Artistic Intelligence: Some Indian Americans in Silicon Valley Dance to a Different Tune

I was 7 years old when I first learned the song ‘My Country tis of Thee’ in my 2nd grade class. A simple, patriotic tune about pride and freedom for our country. But my 7-year-old mind could hardly focus on singing the song along with my class because I could barely control my excitement over what I’d just discovered. This tune was the exact same as the Carnatic (South Indian Classical) song I’d been taught by my father, ‘Santatam Pahimam’ attributed to 19th century composer Mutthusvami Dikshitar.

How could this be possible? Was it just a coincidence that these two songs, worlds apart, had the exact same tune? I later discovered that these tunes were what were known as the ‘Nottuswara Sahityas’ or Indo-Colonial songs that migrated to India during the British Raj and played by bands on the streets where Dikshitar must have heard them and set them to his own Sanskrit text. As a 7-year-old I was thrilled to share this story with my peers and demonstrate both the Indian and American versions, brimming with pride to sing this song as a symbolic representation of my own self.

I grew up absolutely immersed in Indian music. My father was a composer and music director for a community choir of Indian singers. Both my parents taught music and whether I liked it or not, I’d be there at every single lesson or rehearsal, observing, singing, learning, all of the above. My grandmother was an A-grade artist for All India Radio as a Carnatic vocalist, so whenever I’d visit India, part of my time would inevitably be devoted to studying with her. Outside of this environment however, I was equally involved in strengthening my skills in the traditional western trajectory – piano lessons, children’s choir, orchestra, musical theater, you name it.

While I was always aware of how these two distinct skill sets were informing one another in my practice, I could never quite find a way to express how. On top of this, being a musician in the western world came with a sense of pride and elitism that I just hadn’t found with my Indian music study. Other kids at school took piano lessons and sang in choir: My experience and my achievements in these areas were translatable to my teachers and peers. Meanwhile, I was learning Indian music at a high level, but I struggled to find a concrete way to relate it to the musical identity I had curated for myself over time. I began to resent the obligation I felt toward Indian music — a constant sense of guilt for not pursuing it further.

Eventually, I chose to study Western music at the collegiate level because I quite literally didn’t know what else to do with myself. I expected a challenge from these new parameters but I found that my internal struggle only deepened. I’d find myself learning music so quickly and breezing my way through Aural Skills classes due to my developed knowledge of Indian swaras. I found ornamentation and improvisation intuitive and natural because it was so similar to the way I’d have to improvise or vocally ornament pieces with gamakas. But with such an already established tradition and curriculum through institutionalized degree programs in music, there was no real opportunity for me to express and own the significance of my dual heritage and how it connected to my field.

In some ways, this actually drew me away from my sense of self. My thoughts became muddled with the pressures of perceived standards and comparisons of myself to my peers. I started to believe that I wouldn’t ever find a place in the Western classical world because I was too atypical. I looked different from everyone else, which was isolating. My voice wasn’t ‘big’ enough to be a classical opera singer in the traditional sense. The people with power in my field didn’t seem to value the things I considered my values and strong suits — high levels of musicianship, cultural literacy and fluency between various disciplines, an uninhibited desire to simply make good music at a high level without the glamour, drama or expectations that came with it. I spent years feeling stuck, disgruntled, and never good enough.

It wasn’t until very recently that my perspective began to change. I began my graduate studies in a completely new environment and was blessed to have faculty members who noticed me for my true voice and spirit. The very same spirit that lived in the girl who proudly sang “My Country tis of Thee” and Santatam Pahimam for her second-grade class. I felt seen. I felt inspired. And all of a sudden, the creative energy began to flow from a place I didn’t even know existed. All I wanted to do was share again, and the ideas began to pop up out of nowhere. Ideas that connected the two disciplines I know so well in a way that was so seamless but also so perfectly niche in highlighting the way we can actually draw parallels between the Indian and Western classical musical traditions and actually bridge the gap that I never could figure out how to articulate in the past. I began rendering Renaissance French tunes to showcase how they outline various Ragas, challenging instrumental boundaries by arranging Bhajans to be sung with Harp accompaniment. Everything from Indo-Colonial Sanskrit art songs with Baroque instrumentation to acapella Bach cantatas sung in Indian sargam — I finally started to feel as though I’d found my own little pocket in the music world, and I was ready to live in it forever.

Looking back on my experience, now, I feel that there was no other way this could have played out. The Indian American story is a complicated one — one that is distinct and nuanced for every individual living it. We are among the first generation of our diaspora to set the precedents for the future and there is absolutely no doubt that we will run into bumps along the way. But ultimately, the story continues. My aim now, as a global citizen and active musician is to use the classical idiom to tell my story through a unique lens as I venture into the ever-changing world we are all navigating together.

Vidita Kanniks is a multi-faceted vocalist specializing in ensemble music, historical performance and cross-cultural work. Equally at home with her background in Indian Classical music and her Western classical training she strives to represent both sides authentically in her unique artistic identity. Vidita holds Bachelor’s degrees in Vocal Performance and Music History from the University of Cincinnati (CCM) with a minor in French, and a Master’s degree in Early Music Performance from McGill University in Montreal, Québec. She currently resides on Early Music America’s Emerging Professional Leadership Council and lives in Cincinnati where she is an active vocal instructor and clinician in both Western and Indian classical styles.