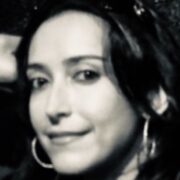 ‘Skinny Girl With a Funny Name’? Kamala is Not the Only Indian Name That Gets Mangled

2020 is a year of firsts. We are suffering through extreme precariousness: racial strife, mismanaging of the pandemic for political gain, raging giga-fires; economic insecurity, uncertainty about our fate and social disorder. And let’s not forget the hurricanes — if you are not currently in the path of one, one will be assigned to you. Recently, They See Blue, a grassroots organization dedicated to mobilizing and engaging Americans of South Asian origin to vote, interviewed Harvard trained lung-specialist, Dr. Vin Gupta.

Dr. Gupta is a trusted advisor and contributor to national and international media outlets on several of the most important health issues today, including serving as a regular health policy analyst for NBC News and contributor to the New York Times and CNN New Day to name a few. Dr. Gupta is currently Principal Scientist for Amazon Care. He provides clinical and strategic leadership to the company’s growing effort in improving efficiency in primary healthcare delivery at scale.

Dr. Gupta grew up in Sylvania, a small suburb of Toledo, Ohio and is very proud of and grateful to his parents who he describes as coming to the U.S. as immigrants “with very little” and building successful lives for themselves and for him and his brother. Although Dr. Gupta describes his home environment as “very traditional,” he also speaks about how, when he was growing up, didn’t have a measure for what success was or looked like, other than that of what his parents had achieved; which he still perceives as rather “unreachable” given the lengths of their experiences measured against the level of their accomplishments.

While speaking with Dr. Gupta, he often implies that he has had the opportunity to stand on the shoulders of giants and in recent years has certainly burst upon the national media stage, with evidence-based prognoses covering a range of healthcare topics from gun control (gun violence as a public health problem) and the growing threat of antibiotic resistance to climate change affecting human health, the vaping crisis and the current, national news dominating issue- pandemic response.

Taking an interest in “how society works,” problem solving and public health from a young age, according to Dr. Gupta, are still in the mix of issues that define his priorities. He feels strongly that “health is integral to a happy, productive society” and given his background and training to assess and evaluate societal and global health metrics, though he never expected this {pandemic} to happen, he feels “well positioned to add value.”

Prior to Amazon Care, he received his BA from Princeton, MD from Columbia, a Masters degree in International Relations from the University of Cambridge, and another Masters in Public Administration from the Kennedy School of Government at Harvard. He is a term member of the Council on Foreign Relations and a board member on several health-focused nonprofit organizations nationwide. Prior to Amazon, he was an Affiliate Assistant Professor of Health Metrics Sciences at the Institute for Health Metrics and Evaluation at the University of Washington. Dr. Gupta holds an active commissioning as a Major in the United States Air Force Reserve Medical Corps, where he serves as a deployable critical care aerospace physician with the 446th Aeromedical Staging Squadron.

One of Dr. Gupta’s most viewed interviews was in February 2020, wherein he emphatically stated that the pandemic is on its way to the U.S. and his admonishment was, “we need to get ready.” When asked about that, he commented on the fact that President Trump decided against allowing the USPS to deliver masks to every family, nationally. When asked what he might have done differently, he listed multiple examples of policy and process that might have saved thousands of lives had they been employed, “I would have mandated a nationally synchronized shutdown, not that every state has a different plan policy. I would insist that everyone wears masks…”

Furthermore, Dr. Gupta fears for how future such outbreaks might affect us, since our current national policy has been one of not taking advice from organizations such as the CDC and “walking away from the WHO and global engagement. Four more years of continuing what’s happening now is going to be injurious to what happens next… we’re not going to be ready.” Dr. Gupta added that if we think this is bad, it’s going to be worse the next time.

According to Dr. Gupta, it’s essential for South Asians to vote this November in the national election for the presidency. While it’s worthwhile to watch the full interview, a few highlights are as follows: when asked what it means to be part of the South Asian community, Dr. Gupta expressed gratitude as well as pride, “people look up to us as a community” he said, implying that if this community mobilizes to vote, others are sure to follow. When asked how the pandemic was managed, he said, “if I had managed this pandemic as it was/ is being managed, not only would my medical license be revoked but I’d be sued… if Biden were to be elected, at the least, everyday wouldn’t be a news story about him…”

When asked about safety issues with regard to South Asian physicians Dr. Gupta said, “there has never been a greater need for more physicians to go into medicine and go to work…” and much more. In fact, hospitals nationally where physicians and staff are following strict protocols of wearing masks and washing their hands, have seen very low rates of infection, unlike the waxing and waning numbers of victims in the general public, due to mixed messages of self-care coming from the White House.

Gupta mentions reading several scientific journals daily to understand what is happening with Covid-19; and suggests that the public cannot be expected to follow suit, rather, it must be the responsibility of the president’s office to set policy and model uniform, safe healthcare practice. Since this interview, President Trump, the First Lady and several White House staff have contracted Covid-19.

To watch the full interview, go to: https://www.theyseeblue.com/2020-campaign.

Rama K. Ramaswamy is a multimedia journalist, author and a TV personality. Her works include national and local newspapers, journals and magazines; ComingFullCircleRKR and chattingitupwithRamaYouTube. She works with several charitable and educational policy nonprofits and is very active in creating and founding community and educational programing: WEFSTEMExpo and MulticulturalFestival.