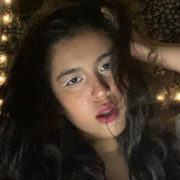 As a senior, I had high expectations from this year. Senior trips, prom, graduation, commitments to college; those were supposed to be the highlights of my last and glorious year at high school. However, coronavirus came, taking away my chances at making all of those memories. Of course I’m a bit disappointed (actually, a bit would be an understatement) but naturally I understand why they cancelled out events.

The same thing happened to the class of ‘03 due to the SARS breakout, so it’s not like we’re the only ones that had to go through it. However, it still hurts not being able to see friends and go out to our favorite ramen spot, not being able to hug people important to us because of social distancing, not being able to celebrate our friends turning into adults.

These milestones have been taken away from us, and we are still struggling to make it work. So far, the adaptability of our class is like no other. We have found ways to conduct classes, go on dinner dates, and “Netflix and chill” virtually — showing that this virus will not stop us from making as many memories as we can.

Personally, as a dance student facing a cancelled/postponed arangetram, I’m still finding ways to practice and learn over zoom lessons, although it is still a bit difficult. The internet is also extremely slow, as I suppose everyone is using it now that we can’t go out and do anything else.

I’ve also managed to pass time by sleeping pretty much all day, and then watching Netflix until 7am. It’s an unhealthy sleep schedule, but at this point it’s become the norm for everyone.

Recently though, I’ve been baking a lot with my mom. It’s still difficult though, because some ingredients like yeast are completely sold out and won’t be in stock until May. I also decided to try on a couple lehengas from a few years ago that I’ve probably never worn out.

Getting dressed up to go nowhere takes up some time and yields good pictures for the ‘gram, but there’s only so much to do before you can’t take it anymore. It’s almost suffocating being forced to stay home.

I guess you never really know the freedom you have until you lose it. Most of us are stressing out over college too, as it is very likely that most U.S. colleges won’t be opening in the fall. I lucked out there, as I’m going to NYU Shanghai which is still on track to open for the fall semester.

Not to mention, Ramadan started during quarantine, which makes it harder on my friends. They don’t get to see their friends or pray together at the mosque, which must make it hard. My best friend has a tradition of inviting all her friends to the last iftar, and the fact that it might not happen this year has definitely bummed us out, especially because I haven’t seen her in over three months.

This virus has had a tumultuous effect on everyone, and after this is over, the first thing I want to do is hug my friends and tell them I love them. If there’s anything I’ve learned, it’s that you need to appreciate your loved ones before that chance is taken from you.

Isha Shah is a senior at South Brunswick High School in Monmouth Junction, New Jersey. She will attend the New York University in Shanghai, China, this fall.

Rep. Pramila Jayapal Tests Positive for COVID-19 Thanks to Republican Lawmakers Who Refused to Wear Masks