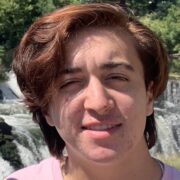 Of Tamarind Rice, Samosas, Kamala Harris and Her Historic Inauguration

Biracial and multiracial people have confused society for a while now. Interracial marriage was legalized relatively recently in the U.S. (Loving v. Virginia, 1967). However, people of mixed race have been around far longer. We have confounded public opinion since the Age of Exploration, when European colonizers (almost all men) had children out of wedlock with indigenous women upon arrival in North America. In modern-day Central America, people of mixed race were often referred to as mestizos, a word that was almost interchangeable with “illegitimate.” Whether they would be treated as Spaniards or as natives was entirely up to their Spanish fathers, but notice how they were still being put in one category or the other.

This myopic behavior has continued for a long time, and has made many biracial and multiracial kids feel obligated to put themselves in one category or another. Doing so, or feeling pressure to do so, at such a young age can affect us in monumental ways. The College Board didn’t make the race and ethnicity questions “select-all-that-apply” until the 2015-16 school year. I’ve been confused about how to answer those questions on job applications, surveys, and standardized tests for my entire life.

My name is Kedhar Bartlett. My mother is Gujarati, born in Ahmedabad and raised in the Atlanta suburbs. My father was born in the U.S., and can trace one side of his family back to the Mayflower. Even among kids of mixed race I stand out because my mom is a professor of diversity and social justice, so I’ve been armed with knowledge about being biracial and understanding of what that means, things other biracial kids didn’t get. Whenever I tried to compromise and describe myself as “half white and half Indian”, she was always sure to remind me that I am 100% white and 100% Indian. I am both of those things, and shouldn’t let anybody say that I’m less of either. While I have struggled with my identity (and I still do), what my mom taught me allowed me to know how to stand up for myself and also allowed me the ability to put into words what I was thinking, feeling, and experiencing.

According to the American Psychological Association, “multicultural youth and mixed families often experience unique types of discrimination and micro aggressions.” As I recount some of my “unique” experiences and their impact on me, it is important to note that at first glance, I take after my dad: pale skin, reddish hair, freckles. Given this, I’ve often not fit in with other Indian or Hindu kids that I meet because they don’t know my background. On a normal day at the mandir (Hindu temple), the little kids usually play tag in the back or soccer in the parking lot while the adults are inside praying. Whenever a family left, they would usually have to drag their kid kicking and screaming away from whatever game was happening that day. When my family went to local mandirs, I would try to join the little kids playing games. At best I would get weird looks. At worst, I wouldn’t be welcome to play with the other kids or I would be laughed at. One time this happened, and I went right back inside and asked my mom if we could leave. She knew something was up, so she brought me over to the other kids, introduced me in Gujarati, and then I asked if I could play. They had no problem with it then; I realized all they needed to know was that I belonged.

Not fitting in with the white kids was a different experience because of my physical appearance. Like some other Indian children, I have always brought Indian food to eat for lunch at school and would often get weird looks or comments from the white students. I used to go to a predominantly white private school, and every time I brought up being mixed race it was met with uncomfortable looks and comments like “but you look white.” I was consistently put in one category, and that is why reading all the headlines about Vice President Harris is so refreshing.

Vice President Harris’s mother, Shyamala Gopalan, is from Tamil Nadu. Her father, Donald Harris, is from Jamaica. Her parents divorced when she was 7, and she lived with her mother while taking the bus to a white neighborhood for school every day. Like me, she was raised in a multicultural environment with multiple cultural influences shaping who she would become. Harris said that “All my friends were Black and we got together and cooked Indian food and painted henna on our hands, and I never felt uncomfortable with my cultural background.” The multicultural exposure that she experienced had a profound impact on her self-perception and confidence. Multicultural exposure, as well as exposure to other multiracial children, is exceptionally important to kids of mixed race. All the kids don’t even have to be the same mix, but we have all had a similar experience with our multicultural upbringing and bring a unique perspective to any table we sit at. Vice President Harris put it like this: “We have to stop seeing issues and people through a plate-glass window as though we were one-dimensional. Instead, we have to see that most people exist through a prism and they are a sum of many factors.”

Vice President Harris’s confidence in her identity is incredibly admirable. I came across a Washington Post article talking about how in early 2010, while Harris was a Democratic candidate for California attorney general, an Indian American couple hosted a fundraiser for her. Not knowing her heritage, many Indian American community leaders asked why they had been invited; they thought of Harris as Black. This problem, the immediate perception of biracial and multiracial individuals as just one race, is something that myself and many others I know have struggled with. This situation was not unlike my experience with the little kids at the mandir. Why is it not enough for kids of mixed race to know that they belong? Why does it depend on others’ immediate perception of us? However, this is apparently not something Vice President Harris was impacted by. According to the Post, her answer to whether or not she had ever wrestled with introspection about her race, ethnicity, and identity was a firm “no.” Personally, it took me a while to get to that point, but it is gratifying to see a successful adult who has also faced that problem of immediate perception, and moved past it.

I find myself able to draw many parallels between my upbringing and experiences as a biracial child and those of Vice President Harris. How cool is that? Myself and children like me all around the country, even the world, now see a proudly biracial woman in the White House! We will struggle with our identity, we will learn about the treatment of mestizos in World History, we will be confused by job application questions, we will be misperceived, we will confound society, and we now see a little bit of ourselves in the Vice President of the United States of America.

Kedhar W. Bartlett is a Junior at the PCTI Stem Academy in Wayne, NJ. He enjoys playing his guitar, learning about biochemistry, and advocating for science and social change.