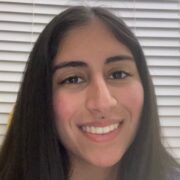 “In a gentle way, you can shake the world.” These words uttered by Mahatma Gandhi summarize the last two centuries of struggles for South Asians and African Americans. Due to the fact that I was born in the 21st century, I have expectations about certain basic freedoms. I have the right to vote (once I am 18), the right to an education, and the right to obtain a job not based on race.

However, I would not be in this position as a minority female, if not for the many civil rights leaders in India and the United States that struggled for equal rights decades ago. They were able to achieve so much through nonviolent movements, and they are the reason that I, a South Asian American female, have equal rights today.

Throughout history, there have been many leaders that have used non-violent movements to make changes, but the most well-known figure to do so was Mahatma Gandhi. Gandhi was a lawyer and an Indian social activist who became the leader of the nationalist movement against the British rule of India during the first half of the 20th century. Gandhi believed that India should be freed from British rule and become an independent country. This is when he started teaching the idea of “satyagraha,” which is the use of non-violent protest to fight oppression. He used this concept as he led various campaigns against British rule like boycotting foreign-made goods, refusing to support the British in World War 2, and organizing the famous Salt March of 1930. Although he faced many hardships, such as imprisonment for two years, his non-violent efforts were eventually successful when India gained independence from the British on August 15, 1947. Gandhi showed the world how non-violent direct action can be so impactful and his legacy lives on. It is because of him that my grandparents were able to grow up and live in an independent India before immigrating to the United States.

Gandhi’s teachings of “satyagraha” were not only recognized in India, but also in countries such as the United States as well. About a decade after India received its independence, America was also struggling with discrimination issues. Many minorities, specifically African Americans, were experiencing extreme racism from white supremacists. For example, African Americans had to go to separate bathrooms, drink from different drinking fountains, and sit at the back of public buses. Due to these issues, the civil rights movement began with the goal of ending racial segregation in the United States. One of the main leaders of this movement, Martin Luther King Jr. (MLK), also believed in the use of nonviolent protest to fight oppression.

My grandparents immigrated to the United States in the late 1960s and witnessed the discriminatory acts first hand. While African Americans were treated the worst, South Asians were discriminated against as well. MLK must have seen that, and he was inspired by Gandhi’s leadership and the success of his movements in India. One of MLK’s most famous quotes was, “If humanity is to progress, Gandhi is inescapable. He lived, thought, and acted, inspired by the vision of humanity evolving toward a world of peace and harmony. We may ignore him at our own risk.”

In order to gain recognition toward his cause, MLK organized boycotts, freedom rides, voter registration drives, sit-ins, and marches. Even though he faced many struggles, such as brutality and arrests for his movements, his non-violent protests still brought together minority communities. These protests were eventually successful and resulted in the creation of the Civil Rights Act of 1964 and the Voting Rights Act of 1965. MLK showed the world how non-violent direct action can be so impactful, and his legacy lives on similar to Gandhi’s. MLK’s use of non-violent movements are a major part of my life today in the United States. It is because of him that I, a South Asian American female, have equal voting rights and experience nondiscrimination laws that protect me.

Gandhi and Martin Luther King Jr.’s protest strategies are still being used decades later, especially during the year of 2020. Last year, a movement called Black Lives Matter (BLM) became widely recognized throughout America. The BLM movement protests against incidents of police brutality and racially motivated violence. On May 25, 2020, an African American man, George Floyd, was killed by a police officer who used unnecessary brutality against him. People all across America, including myself, were outraged by this incident. The video capture of the brutality is extremely hard to watch, and it went viral on the internet. This incident was the impetus for BLM to gain followers and supporters who agree a change in our society is necessary. BLM uses the same idea of “satyagraha” by organizing non-violent events and protests. There have been rallies, speaking events, artwork showings, and ads on social media that all peacefully protest for equality for African Americans. These movements have begun to have an effect on changes in laws throughout the country. Lawmakers in 16 states have already introduced bills to improve police oversight and accountability.

Red Stairs and Nicknames: What ‘The Namesake’ Taught Me About the Many Meanings of Home

The use of nonviolent movements and protests to initiate change has had a very positive effect on the world around me. My ancestors, parents, friends, and I have all benefited from it because it allows us to be treated equally, and we are not judged by the color of our skin. My career goal is to study law, like Gandhi, and use my time and talent to fight for the rights of those who are treated unfairly in society. I hope to one day apply their teachings to make a difference like they did, and I want to “shake the world” in my own “gentle” way.

Sarina Harjani is an 8th grader from Attea Middle School in Glenview, Illinois. In her free time, she enjoys playing tennis, reading books, and hanging out with her friends and family. Sarina’s essay was declared the first runner-up in the middle school category at an arts and essay contest organized by Hindus for Human Rights and the Indian American Muslim Council.