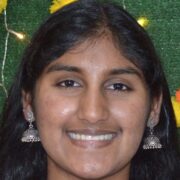 The deeply held belief of Dalits being “polluted” has pushed them to an unwanted corner of society in India, dictating their very lives. Discrimination based on caste was banned in 1948, yet we still see the consequences of the caste system, present throughout India. A similar situation is prevalent in America with the Black community. Although slavery was abolished in 1865, the repercussions of that system still linger today.

As a girl living in the American South, I am surrounded by a legacy of racism. I remember visiting the location of the Greensboro Sit-In in 7th grade. The South is blanketed with places where the first steps towards ending segregation were made. Yet, in our current society, we still see the discrimination against Black people through police violence and systemic racism. In India, we see another parallel.

In this case, rather than white people in power placing these divisions, it is the higher caste who enforce these discriminatory rules. Dalits were banned by higher caste people from entering places of worship and even getting water from the same wells. Even now, Dalits aren’t allowed to wear shoes in front of a higher caste person or even drink at the same tea stall.

According to National Geographic, in the year 2000, statistics showed that every hour, two Dalits were assaulted, and every day, two Dalits were murdered and two Dalit homes were torched. In 2020, India saw a 9.4% increase in crimes against lower caste people from the previous year. This paints an eerily, almost KKK-esque picture of atrocities against Dalits.

Although I am Hindu, there is no denying the Hindu origin of the caste system. Several people in today’s society, even in my high school’s South Asian Student Association, deny the role of Hinduism’s original varna system in perpetuating Dalit discrimination. No matter what purpose the caste system was meant to serve in the past, whatever it has evolved into now is a rigid and unforgiving hierarchy ladder, with Brahmins at the top and Dalits outside the varna system and at the lowest rung.

There is also an extremely high number of sexual assault cases against Dalit women that go completely dismissed. These atrocities are usually committed by upper-caste villagers, and police officers. The very police officers who are meant to investigate these cases dismiss these cases as false because the officers themselves are involved.

We again see another parallel with religion. Slave owners and slave traders used the Bible to justify the cruelty they were committing. Commonly used verses are Ephesians 6:5 and Colossians 3:22: “Slaves, obey your earthly masters.” According to Yolanda Pierce, the Dean of Divinity at Howard University, “So much of early American Christian identity is predicated on a proslavery theology…so much of early American religious rhetoric is deeply intertwined.”

Although religion has been used to justify violence, both caste-based and race-based across the United States and India, religion has also been used as a source of upliftment and hope. Slaves who worked on plantations found solace and desire for freedom through African spiritual traditions but also the teachings of the very Gospel that was used as a justification to keep them enslaved. Large numbers of African Americans, who sometimes were made to attend church separate from white people, quickly adopted the faith and made it their own. According to the Washington Post, as soon as enslaved people learned to read, they read the Bible and protested the idea of a biblical justification for slavery.

In the Tamil Bhakti movement, there is a story against the practice of caste and untouchability. The prominent figures of the movement were known as the 12 Alvars. One of these Alvars, Thiruppaan, was part of a lower caste but was fiercely devoted to the deity, Ranganatha. Not allowed into the temple, he sat on the banks of the river across from the temple singing hymns in praise of the deity, but always leaving before the temple priest arrived.

One day, absorbed in singing, Thiruppaan did not notice that the priest had arrived. The priest threw a rock at Thirupaan’s forehead to get him to leave and wounded his head. When the priest opened the temple, he saw the statue of Ranganatha also bleeding from the forehead, to show the priest that caste should not be an issue when it comes to devotion. Many joined the Bhakti movement to free themselves from the rigid caste focus in mainstream Hinduism.

As nice as it is to remember these stories, many Brahmins and higher-caste people use religion to their advantage to be tyrannical and violent towards lower caste people. In both America and India, we see that legal protections fail to protect minorities and those of the lower class. The rise of the BJP’s power has brought Hindu nationalism to the forefront leading to the rise of anti-Muslim, anti-Dalit, and anti-minority crimes in India.

But throughout Indian history, there have been leaders fighting for the complete dismantling of caste, one of the most well-known being Dr. Ambedkar. We see similarities to this movement in Dr. Martin Luther King Jr., who saw the struggles of low caste people in India strikingly familiar to the plight of African Americans under the rule of Jim Crow laws.

The Emmett Till Bill was recently passed, finally labeling lynching as a federal hate crime. UC Davis has just recently added caste to its list of anti-discrimination policies. Being Brahmin is not inherently bad, but it is important to acknowledge the privilege you have and use your privilege to amplify the voices of those who are oppressed. The same thing goes for White people — don’t talk over minorities, but highlight struggles and issues in America while advocating for equality. Caste is still embedded in India’s identity as much as slavery is in America. Although lately, we are seeing progress.

Medha Thummala is a 12th-grade student from North Carolina. She grew up Hindu, but she has realized that the caste system and caste-based violence are perpetuated by some Hindus. Although her faith is important to her, so is the upliftment of oppressed people and the abolition of discriminatory practices.