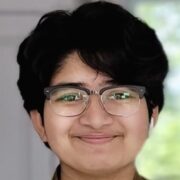 When I walked into class just a few weeks ago, I was taught that my religion was one of social hierarchy and classism. That Hinduism is “a religion that preserves social inequality” at its core. Now, I know that high school history textbooks across America have been propagating religious bigotry for years, taking snippets of culture and presenting it as the absolute whole, pinning the responsibility for crimes colonizers had committed onto the very people they wrought those crimes upon.

But sitting there in that classroom, my ears filled with the wisdom of secular America, writing notes on a religion I practice, taking tests on a culture I belong to, hearing my own history taught back to me, not as a Hindu, but as an American citizen, I almost believed it all.

However, I couldn’t, as my understanding of my religion, culture, and values was crystal clear from the very beginning. I was raised in an environment where assimilation was synonymous with cultural suicide, and so I was never allowed to forget my roots. Other Hindu Americans, unfortunately, do not have such luxury.

With a religion so easily misunderstood as Hinduism, and practitioners so easily manipulated as Hindus, twisting an otherwise colorful and diverse culture into something much more malevolent was fairly easy. So easy that Hindus themselves were found nodding their heads in agreement as the White man enlightened them on the “true horrors of Hinduism.”

I would have nodded along with them, if not for my upbringing, buried deep in Hindu soil and taking root in my brain. It was then that I realized that there was nothing anyone else could do to fix such an ostensibly irreparable situation; I mean, it was hardly as if those pretentious British scholars that supposedly knew India like the back of their hands’ could reverse all the academic trauma they had deliberately caused. It’s not the White man that could solve such an issue; it’s the Hindu people.

So a project emerged in defiance of years of discrimination in academia, led by second-generation Hindus who were fed the same gross misconceptions that worked to demonize their religion and culture.

The Hindu Swayamsevak Sangh (HSS) is a non-profit organization, one among many of the Indic faith-based groups that worked tirelessly to produce a set of informative posters that, while elementary in style, provided as much information as it possibly could, leaving its viewers — if not enlightened — at the very least, informed. Then as April showers blessed American soil, so too did Darshana – A Glimpse into the Hindu Civilization, a traveling exhibition.

I stood at my set of posters, heart pounding, as I watch the first batch of officials file through the door of the middle school gymnasium. When was the last time people were so eager to learn about a culture so foreign to theirs, especially a religion portrayed as controversial as ours? Would they listen, or would they just hear us, picking up segments of our explanations and twisting our language to fit their hateful narrative?

I locked eyes with a reserved young lady, an English teacher, perhaps. She asked my opinion on how the Hindu symbolism of the conch shell differs from that present in Lord William Golding’s “Lord of the Flies,” a book that I was glad to have read at that moment. We engaged in a healthy discussion of how literature and religion often intersect, and I told her all about divinity in Hinduism. She was surprised to see that Hinduism involved women and nature, things; something she told me she had not often seen in her own religion.

Can a Widowed Indian Woman of a Certain Age Find Love Again? Excerpt From Priya Malhotra’s Novel ‘Woman of an Uncertain Age’

After an hour or so, she came back and informed me that she had learned more about Hinduism in a single hour than in all her years in high school, college, and beyond. She told me she would ask her school if the exhibition could be presented there as well. I expressed my gratitude to her, her and her willingness to learn, practically shaking because, just days ago, I was in school, reading about how unremarkable and unjust my own religion was. And now, I was being told that my religion, my people, were worth listening to.

The exhibition is still going strong, with local, state, and even federal officials attending it across the nation, expressing their gratitude for such an exhibition that allows them to broaden their own worldview. Even the King of Jordan, the 41st direct descendent of the Prophet Muhammad (PBUH), though he only happened upon the exhibition, quite enjoyed the experience.

While Hinduphobes push against the education of the Western world about Hinduism, we, as Hindus, must hold our ground and cement our place in diverse, inclusive America as one of her many religious communities: to work side by side with everyone of every religion and belief to ensure the life, liberty and pursuit of happiness of every American citizen, in alienable rights that were promised to us all so many years ago.

Aarav Patil is a sophomore at Upper Saint Clair High School in Pennsylvania. He enjoys writing opinion articles as well as reading them.