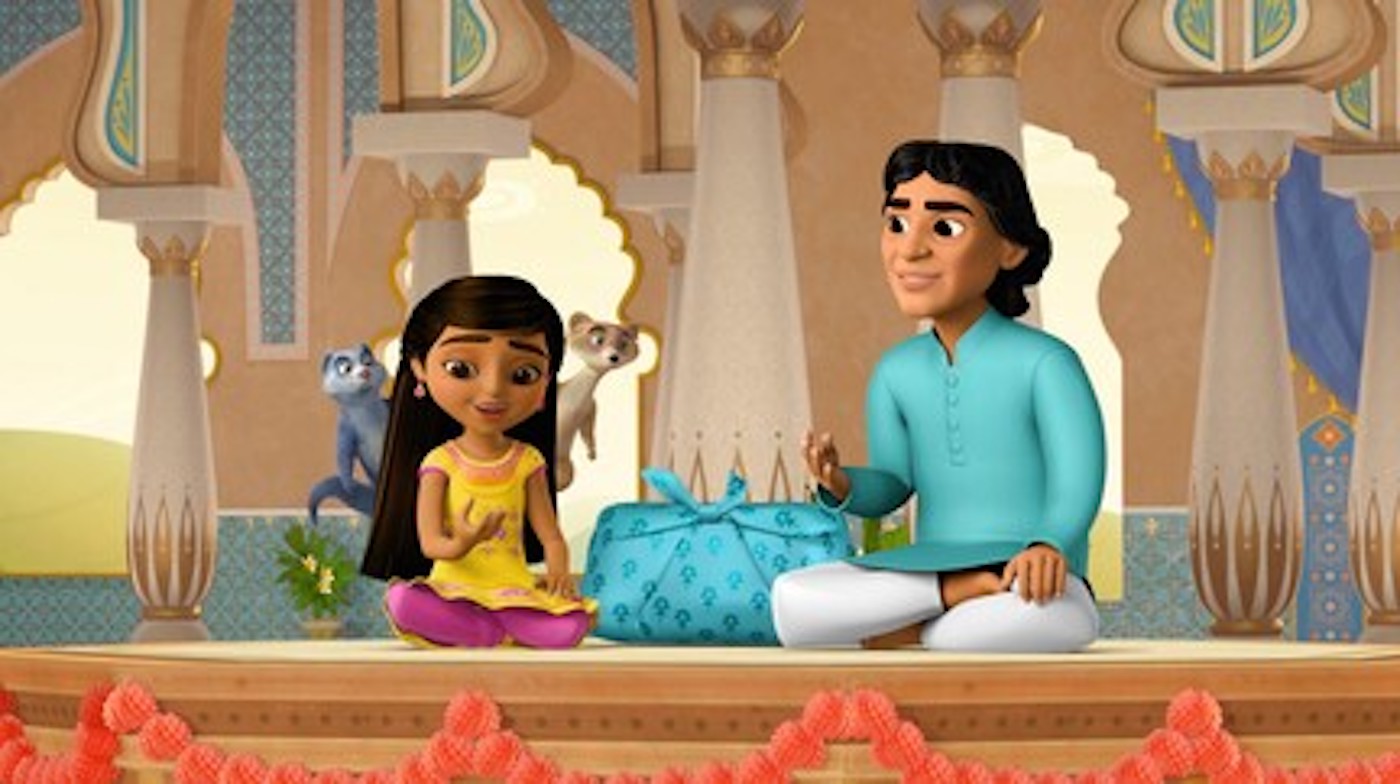 Grammy award-winning Indian tabla virtuoso, composer and percussionist, Zakir Hussain will feature in an episode of Disney Junior’s animated series “Mira, Royal Detective” as himself, a visiting tabla player. Hussain also consulted behind the scenes to help guide animators with correct hand movements and placements for the series that is now streaming.

Set in the fictional land of Jalpur, it follows the smart, brave, and resourceful Mira, (16-year-old newcomer Leela Ladnier) a commoner who is appointed to the role of royal detective by Queen Shanti.

In the episode, Hussain comes to perform a concert for the Queen voiced by award-winning “Slumdog Millionaire” actor Freida Pinto. The episode titled “The Case of the Runaway Tabla” finds Mira helping a visiting musician find his missing tabla before a big performance.

According to Variety, Hussain first received a call from executive producer Sascha Paladino, who asked if he wanted to put together the rhythm track for the title song. Paladino adds that the episode was specifically written for Hussain. “The idea was to have him do both the tabla playing and the voice acting for his character. I knew he was a great actor from the Bollywood movies he’s been in. We asked Zakir to bring in another musician that he could play off for the duet between Mira and Zakir, and he brought in Unmesha Gangal, an incredible young musician. We love the fact that Mira’s playing is played by a female tabla player, and that the relationship between Mira and Zakir is mirrored by the real-life musicians.”

Cultural authenticity was key, she said — that meant getting the details right, starting with the way an instrument was held and played. “Everything matters and our team went above and beyond to get everything right in this episode. Our animation team in India was so honored to be given the responsibility of animating the tabla playing of a living legend who they all adore and worked tirelessly to make the tabla playing look authentic, accurate, and beautiful,” Paladino told Variety.

Due to the pandemic, according to Variety, Hussain utilized Zoom to provide the animators with the tutorial. Hussain told Variety, “We set up a session with me and my engineer, it was interesting to have the director telling me how to deliver my dialogue from 400 miles away, I would do each line a few times and move on to the next. After my dub was done, it was sent to the animation department to build my presence on the screen.” He adds, “Shows like ‘Mira’ are created for a much younger audience all over the world and the responsibility on the \ shoulders of the creators is immense. They must present as authentic a picture as possible of the culture and tradition they are showcasing. The young ones should not grow up with a wrong impression of the way of life of people on the other side of the planet. I think this was achieved to the fullest, indeed a job well done.”

To ensure that the stories are culturally authentic, the production team works closely with consultants for each episode, with Shagorika Ghosh Perkins from IW Group serving as a series cultural consultant and consulting producer. The series features an all-star cast of prominent South Asian actors including Jameela Jamil, Kal Penn, Freida Pinto, Hannah Simone, Utkarsh Ambudkar, Aasif Mandvi, and Aparna Nancherla amongst others.