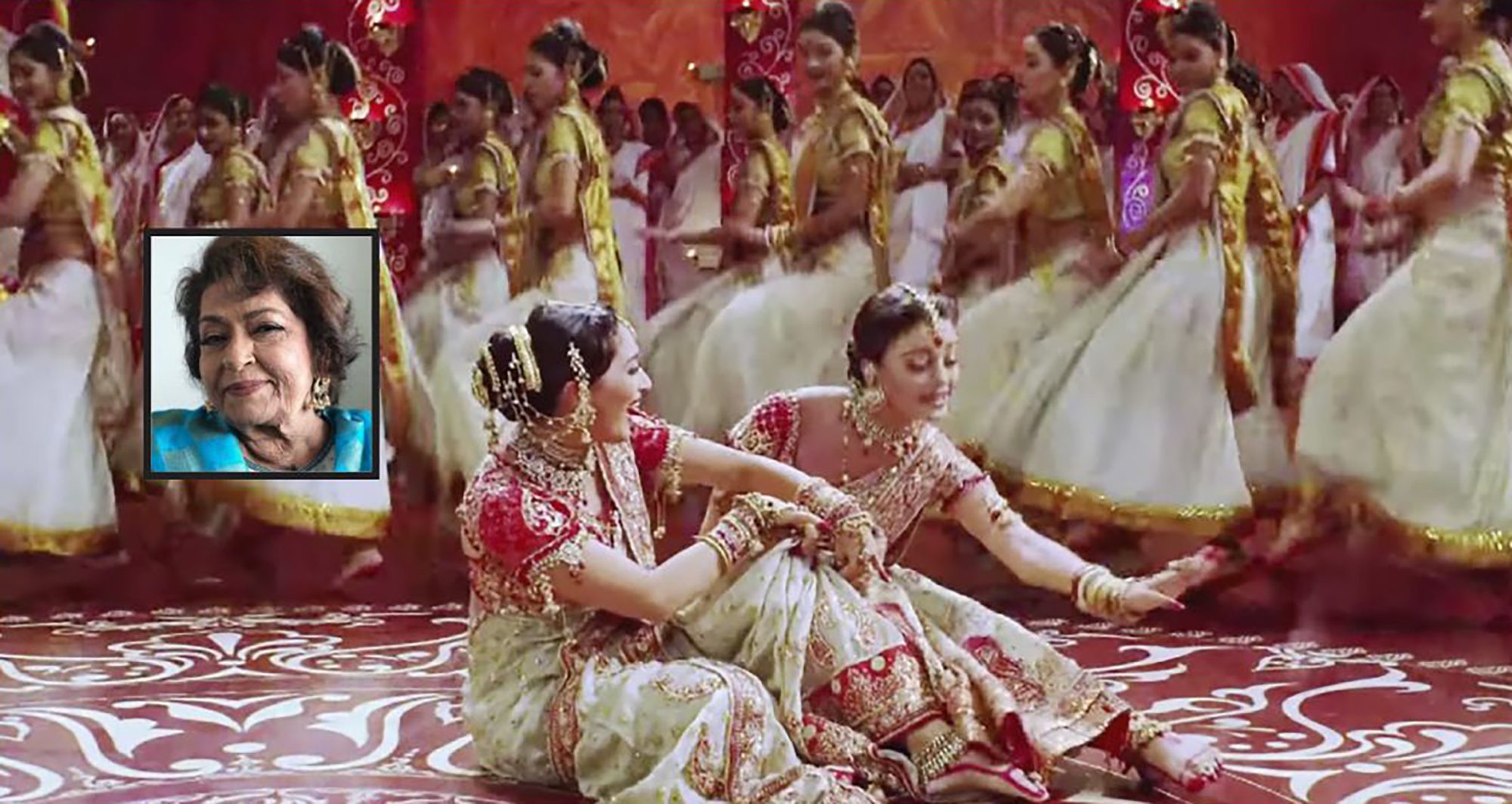 Bollywood choreographer Saroj Khan died of cardiac arrest on July 3 in Mumbai. She was 71. Reports in Indian media said Khan was admitted to hospital last month after she complained of breathlessness. She had reportedly tested negative for Covid-19. Khan is survived by her husband B. Sohanlal, children Hamid Khan, Hina Khan and Sukanya Khan.

Popularly known as ‘masterji,’ in the industry, Khan has worked with Bollywood’s leading ladies and choreographed over 2,000 songs in her career spanning more than 40 years. Khan won three National Awards for choreographing “Dola Re Dola” from “Devdas,” with Madhuri Dixit and Aishwarya Rai Bachchan, all the songs of Tamil film “Sringaram,” and “Yeh Ishq Haaye” from “Jab We Met.” She also won Filmfare Awards for “Tezaab,” “Sailaab,” “Beta,” “Chaalbaaz,” “Khalnayak,” “Hum Dil De Chuke Sanam,” “Devdas” and “Guru.”

Khan has been credited for bringing out the best in Dixit as well as her use of facial expressions in her choreographies. “I’m devastated by the loss of my friend and guru, Saroj Khan,” the actress tweeted. “Will always be grateful for her work in helping me reach my full potential in dance. The world has lost an amazingly talented person. I will miss you.”

Khan was born in Mumbai in 1948 as Nirmala Nagpal after her parents migrated from Pakistan after the Partition. Her father Kishanchand Sadhu Singh was a Punjabi, while her mother, Noni, a Sindhi. Her father had a flourishing business in Pakistan but he had to leave everything behind when he came to India.

Khan began her career in films as a child artist in “Nazrana,” where she played little Shyama, sitting on the moon and singing a song She graduated as a back-up dancer in the 1950. She began working with choreographer B. Sohanlal, whom she eventually married when she was 13. Khan has had no formal training in dance. She learned dance from Sohanlal who taught her the basics of Kathak, Kathakali, Manipuri, and Bharata Natyam. Sohanlal was 41, and already married with four children of his own. In 1963, she gave birth to her first child Hamid Khan, who is now a famous choreographer by the name of Raju Khan.

In 1965 she separated from Sohanlal, but kept working as his assistant. They reunited again when Sohanlal had a heart attack. Khan had another child from Sohan Lal, her daughter Hina.

Rom-Cons: This Valentine’s Day Please Think Before You Swipe Right

Later, Khan married Sardar Roshan Khan, with whom she has her third child, daughter, Sukanya Khan, who now runs a dance institute in Dubai.

After making her debut as an independent choreographer in Gulzar’s “Mausam” in 1975, Khan’s first breakthrough came with Subhash Ghai’s “Hero” in 1983.  However, it was Sridevi’s “Nagina” where Khan was first noticed. She then followed it up with “Mr India,” starring Sridevi and Anil Kapoor. She next worked with Dixit in “Tezaab” and later in “Khalnayak,” where she choreographed the ‘Choli ke Peeche’ number.

In an interview with Mid-Day last year, Khan revealed that she was getting no work. She speculated that none of the young actresses wanted to work with her anymore. She was a judge on Star TV reality show “Nach Baliye,” and Sony Entertainment Television’s “Ustaadon Ka Ustad,” and “Jhalak Dikhlaa Ja.”