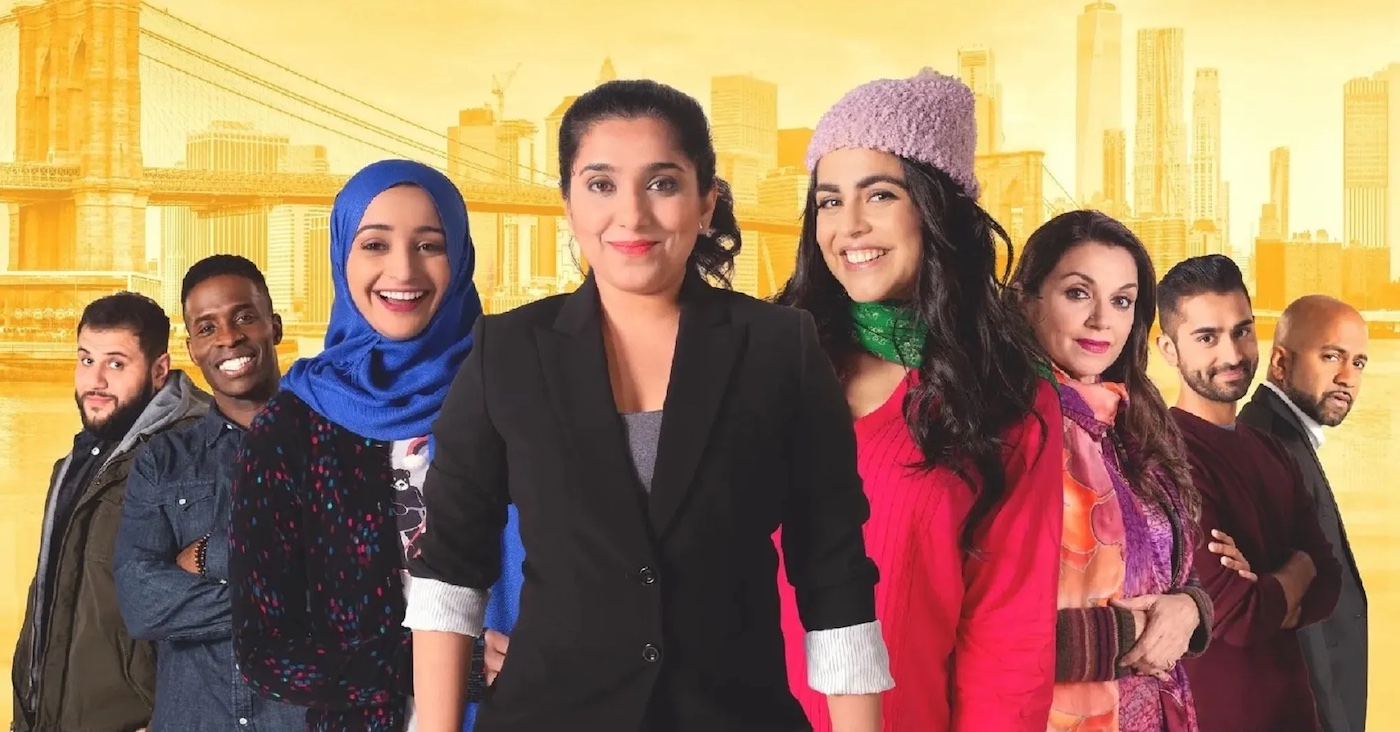 It took Egyptian American filmmaker Iman Zawahry and Pakistani American actress Aizzah Fatima nine years to make “Americanish,” which premiered in 2021. Since then it has taken the festival circuit by storm. Earlier this month, the global rights to the award-winning comedy were acquired by Sony Pictures International Productions. It is Zawahry’s directional debut.

A lecturer at the University of Florida’s College of Journalism and Communications, Zawary told the Independent Florida Alligator, the university’s daily student newspaper that she is “excited” about the film’s acquisition and glad that it’ll now find a home. Zawahry was on campus when she heard the news and told the Alligator that she “just started screaming and jumping up and down.”

Written by Fatima and Zawahry, “Americanish” follows sisters Sam (Aizzah Fatima) and Maryam Khan (Salena Qureshi), and their cousin Ameera (Shenaz Treasury), as they navigate love, careers and familial pressures in Jackson Heights, Queens. The film won the Audience Award in its 2021 world premiere at San Francisco’s CAAMFest before going on to win a total of 25 awards at festivals around the world. The film has had “sold-out” shows and “teary-eyed crowds,” Zawahry told the Alligator, adding that she was “shocked by how many viewers other than Muslim women resonated with the film’s themes.” She told the student daily that she was “very surprised at how much it touched individuals.”

Fatima believes that “although ‘Americanish’ tells a story about Muslim women, its themes focus on common life struggles, allowing it to resonate with people of many different cultural and ethnic backgrounds.”

As a Muslim woman, Zawahry said “Americanish” symbolizes her dedication to improving Muslim women’s representation in the film industry and portraying them in roles that aren’t focused on tragedies. “Muslim women are not a monolith,” Zawahry said. “We have agency of our own lives and our own stories.”

The film has received positive reviews. Cleaveland.com said the film “offers both familiar and refreshing take on the modern rom-com.” The Independent Critic, in its review, said that “while ‘Americanish’ has serious things to say, it says them with heart, humor, sass, and more than a little wisdom.” It further called it “practically the definition of a feel-good film and most definitely the definition of what it means to be a Heartland film.” Similarly, the Midwest Film Journal described it as “a feel-good movie that also tackles issues facing women today and speaks to real-life experiences.”