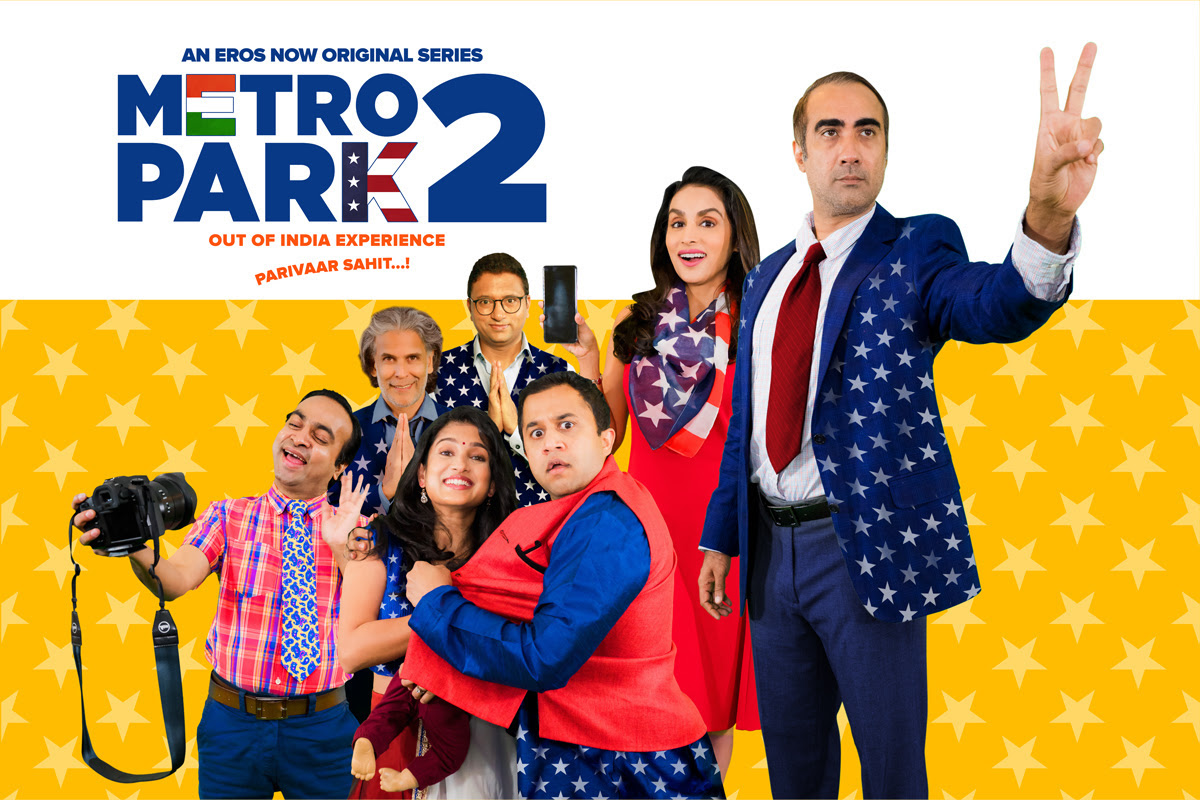 Biden Names Two Indian American Women to Leadership Team of the U.S. Mission at the UN

The New Jersey-based Patel family is back to entertain the audience for a second season with their distinctive characteristics and quirks, as well as their warmth and love. Yes, we are talking about the web series “Metro Park” and the whacky Patel family, headed by Kalpesh Patel (Ranvir Shorey) and Payal Patel (Purbi Patel).

The light-hearted comedy is gearing up for its second season on Eros Now beginning Jan. 29. Directed by Abi Varghese and Ajayan Venugopalan, “Metropark” explores the day-to-day situations that an immigrant family encounters. Also starring are Omi Vaidya as Kannan,  Pitobash as Bittu and Vega Tamotia as Kinjal. Joining the regular cast in season two is Milind Soman, Sarita Joshi and Gopal Dutt making a special appearance. Venugopalan has also penned the series.

So what can the audience expect in the second season? Will it be as crazy and exciting as the first one? In a Zoom call with American Kahani, Shorey and Patel discussed the second season and shared their experiences of shooting during the pandemic.

Patel adds: “We have really taken it to the next level in season two. While the first season introduced the audience to the Patel family and the ensemble cast, in season two you will really get to know us, who we really are and what we do and what we are doing going ahead with our ambition, our life and our culture.”

Both Shorey and Patel feel that what appeals to the global audience is the show’s storyline and its treatment.

For Patel, “Metropark” is “a very lighthearted slice of life comedy that you don’t get to see a lot.” She notes that at a time when there is a lot of  “wonderful but heavy and violent” content on OTT platforms, “Metropark” comes as a breath of fresh air.

“The core of Metropark is an immigrant’s life and the conflicts that come out of it,” Shorey said. The constant desire of “wanting to keep our own traditions and assimilate at the same time,” and that has a lot of human conflict  which everybody relates to, whether they are NRIs or Indians or non-Indians.”

Shot entirely during the pandemic, Shorey says the second season doesn’t reflect upon COVID or the social distancing mandates, etc., that have been the new normal for almost a year now. The makers had earlier released a short ‘Quarantine Edition’ with five episodes of 3-5 minutes each, which began streaming on May 23, 2020. The quarantine special had actors shoot their portions independently at their residence“The makers made a wise decision to not keep corona going on the story because I feel we have enough of corona going on,” Shorey says.

Although it’s not dealt with in the series, the coronavirus was very much a looming threat while the cast was shooting for the second season. “The pandemic was at its peak when we were shooting,” Shorey recalls. Both he and Patel credit the crew and producer Jiju John, who took “due diligence,” and ensured that all precautions were taken, including a civic compliance department and having the cast and crew live in a bubble.

Season two continues from where the first season left off.

Season one began with Kannan and Kinjal, a newly-married couple, who moves out of their small New York City apartment to be close to the latter’s sister Payal and brother-in-law Kalpesh’s house in New Jersey. Kannan and Kinjal’s lives take a drastic turn as they are introduced to the quirky suburban Indian characters — Kalpesh, who runs an ‘American’ convenience store called ‘Pay & Run’ in the heart of ‘Little India’, along with Payal, who balances her family life and beauty salon. As Kannan and Kinjal move into a neighborhood where most of the residents are Indians, they find it difficult to adjust with the suburban atmosphere. The story takes the audience through various stages when the two couples find it hard to deal with different situations in their environment.

Bhargavi Kulkarni has been a journalist for nearly two decades. She has a degree in English literature and French. She is also an adventure sport enthusiast, and in her free time