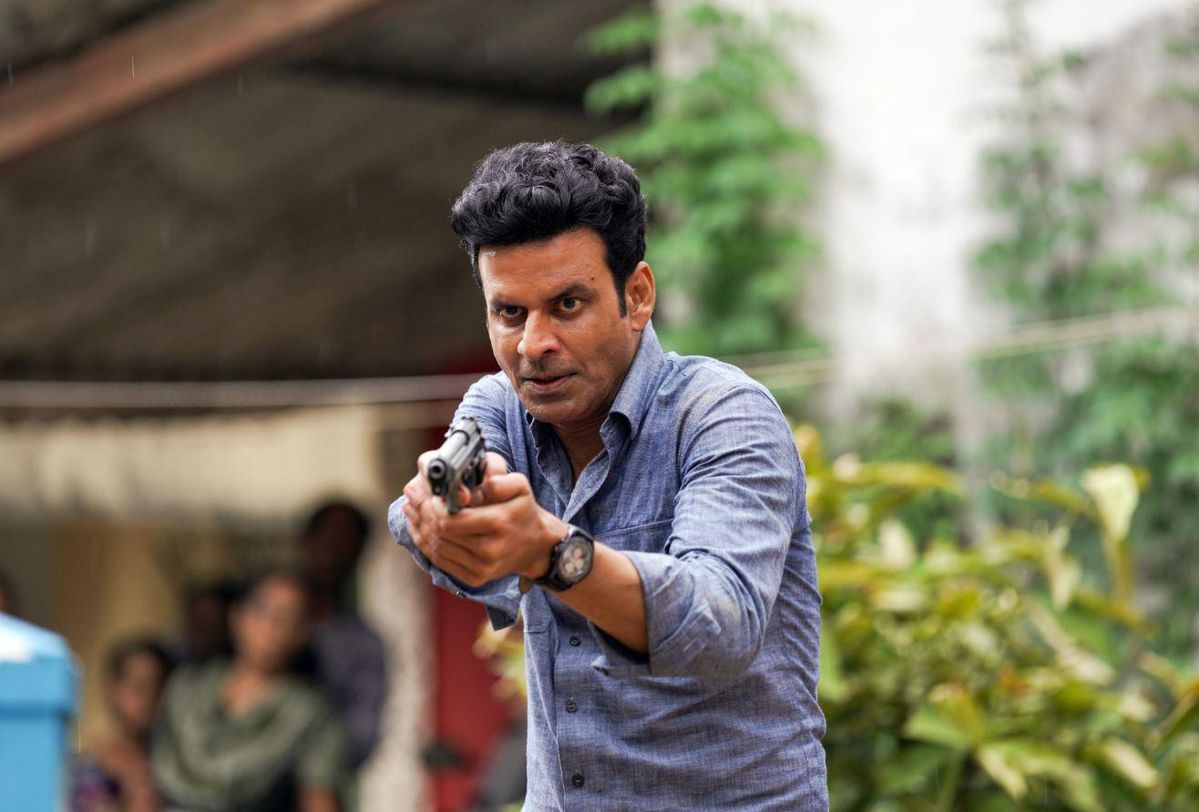 ‘Continue Believing in Me’: Prakash Churaman, an Indo-Caribbean Man in New York Fights for Justice

The second season of “The Family Man” is bigger, better and bolder. A cliffhanger from the opening scene, the season begins with and ends with a bang…literally.

The first season of “Family Man” revolved around a secret agent, Srikant Tiwari (Manoj Bajpayee), trying to balance his days and nights: the responsibility towards his country and – in what little time he has leftover– his family. The job continues to derail his personal life, creating friction with wife (Priyamani), while his professional nemeses (read ISI terrorists) pose a threat to him and India’s security.

Srikant, guilt-ridden from his last mission (from the death of Kareem in season 1) and disenchanted with how his bosses like to cover their own asses instead of protecting agents in the field, like Milind (Sunny Hinduja) and Zoya (Shreya Dhanwanthary) whose valiant efforts were never acknowledged, has hung up his boots. He has quit Threat Analysis and Surveillance Cell (TASC) and moseyed into corporate boredom by joining an IT firm.

He now is your average Joe or Rahul, if you prefer. He lives a nine-to-five existence, drops his kids to school, spends time at home and even cooks dinner (the complete package). But he is as obsessive and methodical as ever. He insists on the importance of “family time” – making sure no one touches their phones on the dining table. But a new job doesn’t necessarily mean a better life. The couple is in marriage counseling, and though he has now become the ‘family man’ his wife and kids wanted, having given up his dangerous government job, no one at home seems to be truly happy.

His wife, Suchitra (Priyamani), has become more and more estranged from him. She is clearly feeling guilty about what transpired between her and colleague Arvind (Sharad Kelkar) at Lonavala last season. Though never spelt out, it seems quite obvious that she slipped up on her marriage vows. Srikant’s teen daughter, Dhriti (Ashlesha Thakur), likes to do her own thing, constantly stuck to her phone and basically ignores her Pa.

Srikant isn’t happy with his job, either. His 28-year-old boss constantly harasses him, micromanaging his every move, warning him to not be a “minimum guy.” Srikant, who still meets his old colleague and friend JK (Sharib Hashmi), is more interested in the operations of TASC than making spreadsheets and presentations. And it’s pretty clear from the get-go that the game needs him back, and he needs the game. So, when a new threat looms on the horizon, threatening the security of the nation, Srikant once again returns to the task force.

Terrorist (freedom fighter, depending on your lens) in exile, Raji (Samantha Akkineni) like Shrikant is battling a similar conundrum – torn between her old life and her new one. Once an important part of Tamil Rebels, she’s now working as a blue-collar worker in a Chennai factory. She gets harassed at work, molested in the bus, but she doesn’t lash out. She must lie low and endure the humiliation, so that her true identity is concealed. Like a caged animal who goes about its business until it’s poked and prodded by annoying visitors, Raji’s suppressed rage is ignited after days of suffering silently. In a brilliant scene, she transforms from a frightened victim to a bare-handed killer.

And just when she feels she will never get a chance to prove her patriotism towards the Eelam, she receives a call she has been waiting for. There is a mission and an opportunity for vengeance. For both Srikant and Raji, their real selves – knowledge of their ultimate missions – keep them sane. They keep walking the straight and narrow, until they can’t any longer. After last season’s somewhat stereotypical threat from Islamic fundamentalists, this season Raj and DK work with the internal conflict of another nation and its ramifications on India.  Problems begin when a sleeper cell of Tamil rebels is activated to join hands with the Pakistani ISI to orchestrate an attack on the Indian and Sri Lankan prime ministers.

Exiled Tamil rebel leaders in London and France plot the details, with support from old rebel loyalists in India and Sri Lanka.  The rebels are provided assistance by Sajid (Shahab Ali), the scooter bomber from season 1. Despite their best efforts, and Sajid’s frighteninglya personal attack against Srikant, the rebels find the Indian intelligence and local Chennai Police hot on their heels. What follows is a cat and mouse chase that ends with a brilliant climax.

Contrary to the concerns and protests that were trending on social media before the launch of Season 2, the makers show tremendous empathy towards the Tamil rebels and their movement on the show. The atrocities faced by the minority Tamil community at the hands of successive Sri Lankan governments and the Sri Lankan army, are mentioned multiple times as characters share their horrific pasts. Though they never justify the violence, the backstories serve to give us an understanding of what drove people to pick up arms and join the struggle for a separate Tamil Eelam.

My only grouse would be that perhaps Raji’s character deserved more nuance and layers. Raji spends most of the season channeling just one or two expressions to convey her smoldering rage. Thankfully Akkineni, who is cast against type and given a generous coat of brown face, brings a poignancy to the character whenever she can. Since Raji is a woman of few words and fewer emotions, Akkineni focuses on the physicality of the part, and brilliantly convinces us of her being a trained and completely indoctrinated fighter. From intense hand-to-hand combats, expertly and emotionlessly killing people, taking on opponents twice her size, and her expressions, leave the viewer feeling her pain, struggle and hardened attitude. Akkineni does justice to her role.

However, my only comment here is that it’s great that the makers managed to get most of the cast on point and Akkineni’s acting skills bring out the monster Raji has become, but the make-up to darken skin is jarring and took me a second to get used to in every scene she appears.

Bajpayee is a stellar actor and watching “Family Man” just reinforces that. When he’s on the screen, you can’t take your eyes off it. Equally good is Sharib Hashmi, the trusted friend and colleague. In fact, one of the high points of the season is JK and Srikant’s bromance, which very well deserves a spin-off (hint…hint). It bears mention that whether it’s JK or Sri’s son Atharv or the harmless banter among the TASC agents, these little spurts of humor have beendone in a way that adds a touch of light-heartedness to what otherwise may have become a heavy watch.

Continuing the show’s commitment to authenticity, all the other characters from Tamil Nadu have been played by Tamilian actors. It’s refreshing to see an authentic portrayal of a community rather than the decades long “anna” and “amma” stereotypes by mainstream Bollywood.

There are nice cinematic touches throughout the series. In the first episode of the season for example, Srikant is frequently seen against a glass window or door, where his reflection is looking one way and he another. It’s a brilliant way to visually portray the divisive split he is feeling within.

A special mention to cinematographer Cameron Bryson, known for his work in “X Men,” and The Day After Tomorrow,” who has done a great job at capturing every nuance in the scene and why not…he’s been a stunt director for years and knows what makes for a good shot, pun intended. His camera work takes us quite literally into the path of flying bullets with aplomb. Editor Sumeet Kotian also does a fabulous job of stitching together so many parallel narratives and creating balanced and entertaining episodes.

With crisp storytelling building up to a dhamekedaar final scene that will keep the viewers hooked, till Sri saves the day, naturally, “Family Man” season 2, ticks all the right boxes.