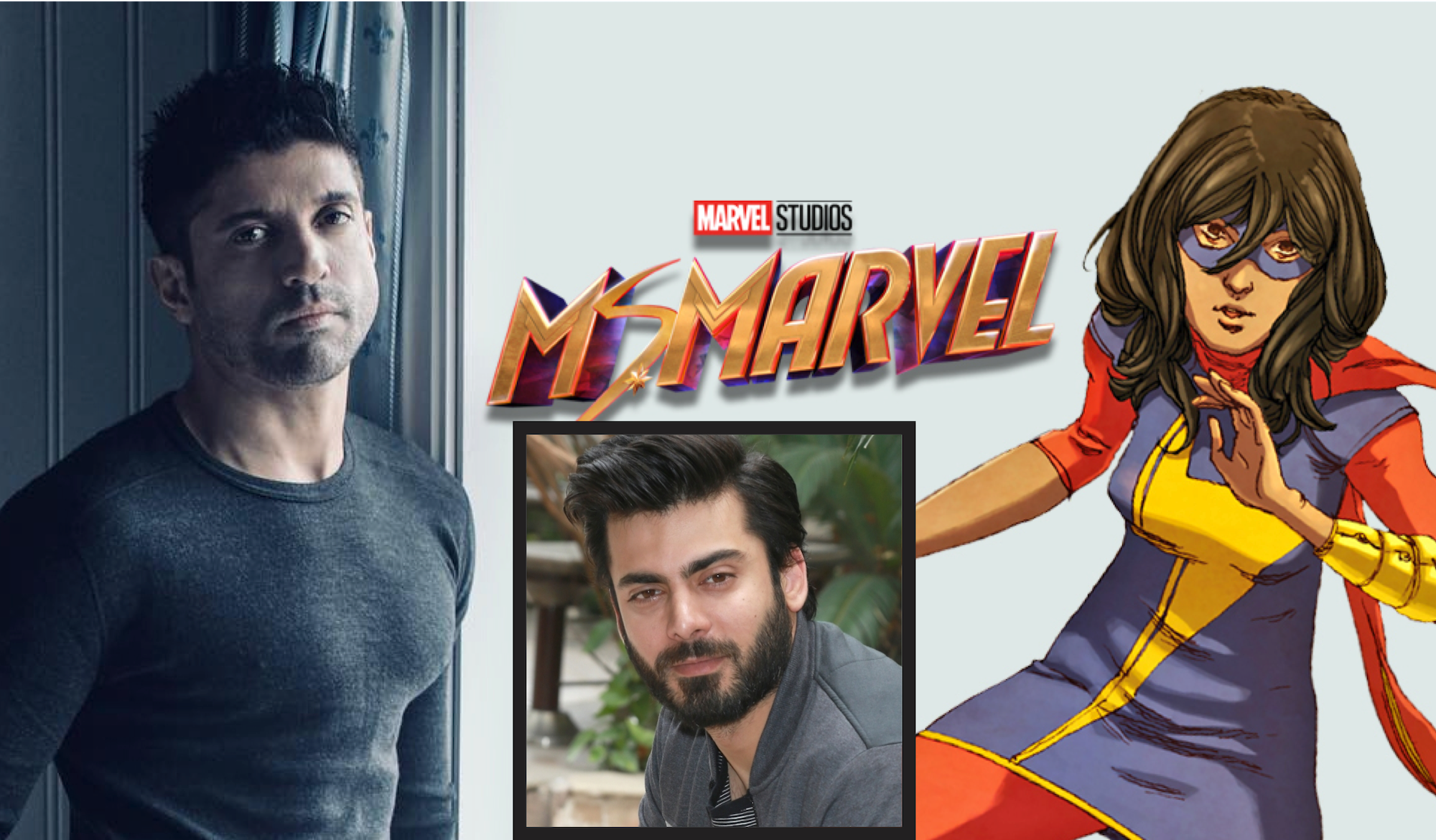 According to the film’s MDB page, the Pakistani heartthrob’s name has been added to the cast, for one episode, where he’ll apparently be playing a character named Hasan. Not much else is known about his role. It was senior entertainment journalist Haroon Rashid of BBC Asian Network who dropped the bomb on Twitter. “Wow! Fawad Khan set to appear in “Ms. Marvel”, the Disney+ series about Marvel’s first titular Muslim character.”

Also joining the cast is “Bhaag Milkha Bhaag” actor Farhan Akhtar. Bollywood Hungama broke the news that the Bollywood actor and filmmaker is attached to a Marvel Studios property and his role is being kept under wraps. The outlet mentioned, “Farhan is currently stationed in Bangkok, along with an international cast and crew, for the shoot of a project with Marvel Studios.”

While the studio has a reputation for keeping its surprise appearances a surprise and dodging spoilers, this update demanded some digging from fans. And that’s exactly what they did.After some good old-fashioned sleuthing, fans have come to the conclusion that this super-secret project in question was probably “Ms. Marvel.”

A source quoted by the Indian Express said, “Farhan is currently stationed in Bangkok, along with an international cast and crew, for the shoot of a project with Marvel Studios, who are known to be one of the biggest film studios worldwide. All other details of the project are strictly under wraps.”

Asia Society’s U.S.-Asia Entertainment Summit Honors Bela Bajaria of Netflix and 3 Others at 2021

Meanwhile, “Ms. Marvel,” which is a six-part miniseries, wrapped filming in mid-May as it was shot in Atlanta, Georgia, New Jersey, New York, and Thailand. “Creator Bisha K. Ali serves as the head writer of the highly-awaited series with Adil El Arbi, Bilall Fallah, Sharmeen Obaid-Chinoy and Meera Menon picked as directors. Khan and Akhtar will reportedly not be alone in transitioning to a more global audience.

The above sources also announced that fellow Pakistani stars Nimra Bucha and Samina Ahmad were joining the Marvel cast. They will join a cast that includes Pakistani American teen star from New Jersey, Iman Vellani as Kamala Khan (a.k.a. Ms Marvel), Aramis Knight as Kareem (a.k.a. Red Dagger), Saagar Shaikh as Amir Khan, Rish Shah as Kamran, Matt Lintz as Bruno Carrelli, Zenobia Shroff as Muneeba Khan, Mohan Kapur as Yusuf Khan, and Laurel Marsden as Zoe Zimmer. Hollywood superstar Brie Larson will also be part of the series as she reprises her role as Carol Danvers a.k.a Captain Marvel.“Ms. Marvel” is based on Kamala Khan, a 16-year-old Muslim Pakistani- American from Jersey City, who writes Captain Marvel fanfiction and gains shape-shifting powers.

“Ms.Marvel” is expected to arrive on Disney+ Hotstar in late 2021.