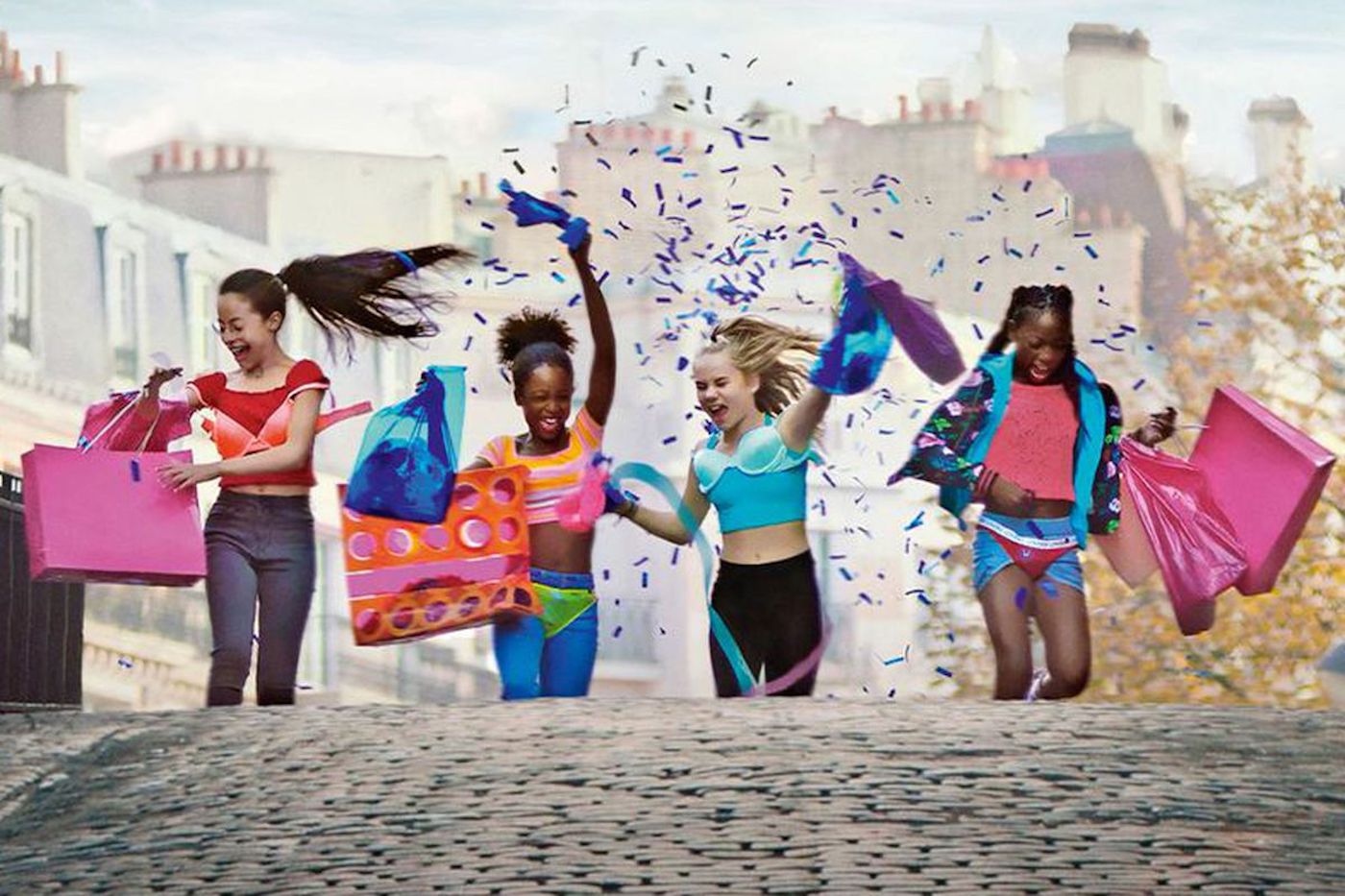 There are Artists, Activists and Architects of Our Collective Imagination Among Us

The controversial French film “Cuties,” about a young Senegalese girl in Paris who joins a free-spirited dance clique, to escape family dysfunction, has once again spawned a backlash against streaming service Netflix by critics, who argue that the film crosses a fine line by portraying children in a sexualized manner. Incidentally, the film won the Sundance Film Festival award for directing.

“Cuties” has been directed by French filmmaker Maimouna Doucouré and based on Doucouré’s film, “Maman(s)”, which won the short film international fiction jury award at Sundance in 2016.

#CancelNetflix was the No. 1 trending topic on Twitter after “Cuties” premiered on September 9. A petition on change.org is calling on Netflix customers to cancel their subscriptions over shows that “exploits children and creates a disturbing vibe.” It currently has 600,000 signers.

Says 17-year-old high school senior, Ishani Peddi, “After finding out about ‘Cuties,’ I immediately did more research and began signing and sharing petitions to have this film taken off of the platform.”

Peddi, a social and political activist and secretary of Young Democrats of GA AAPI caucus, says, “The manner in which Netflix marketed this movie seemed to exploit children. From the sexualization of young children through their dance movements and attire, to camera angles that inappropriately depict these eleven-year-old girls, this film shows children in an extremely disturbing manner, normalizing situations that children should not be in. And as a young woman I am extremely disgusted by the fact that Netflix is hosting this film.”

A promotional poster that did not reflect the premise of the film “Cuties,” depicting its young cast members in provocative poses and revealing costumes had erupted in a storm of criticism in August. An ill-conceived decision, Netflix had apologized for the “inappropriate artwork.” A Netflix representative speaking to Variety had said, “It was not OK, nor was it representative of this French film. We have now updated the pictures and description.”

But this move too met with much raised eyebrows. Said Melissa Henson, program director for the PTC, “By removing the offensive poster and replacing it with a more innocuous one, Netflix may have actually made the situation worse by suggesting that ‘Cuties’ is nothing more than a cute, coming-of-age movie.”

She adds, “Although the film tackles an important topic – one that under different circumstances we might even applaud — it’s the way the film goes about it that’s problematic. This film could have been a powerful rebuke of popular culture that sexualizes children and robs them of their innocence.”

The preemptive outrage then spilled over to other groups including concerned parents.

Farheen Raza, host of the podcast Authentic + Unfiltered and radio host of Real Talk With Farheen on Radio Caravan says, “ “‘Cuties’ is not a great movie. It’s pretty mediocre and unimaginative. The reason there is such an uproar about this movie is because of the hypersexualized dance scene, and I will admit, when I saw it, I forwarded the scene because I felt uncomfortable.”

Lisette George, who works for the Dekalb County school district in Atlanta and is mother to a middle-school son and daughter said, “I just saw a preview ad for it that is very different than the one that initially ran. I would have watched the film had I not seen the other trailer first. Then, I would have been totally disgusted.”

Atlanta native, Claudia Guzman, a Spanish teacher and mother of three teen daughters says, “I tried to watch Cuties, but I wanted to see what it was about by watching the trailer first. I was so disgusted by the trailer, I could not even finish it. It made me feel horrified that Netflix picked it up,” adding, “I am sorry you had to watch it.”

Doucouré, who wanted to shed light on the pressures faced by young girls as they become teenagers, tells her critics “to watch the movie first. I’m eager to see their reaction when they realize that we’re both on the same side of this fight against young children’s hyper-sexualization.”

New Jersey based journalist and mother of two, Bhargavi Kulkarni says, “I was in two minds after reading about ‘Cuties.’ A part of me wanted to watch it, but I knew the mother in me would cringe at what was depicted. Eventually, I gave in and watched it. There were a few parts — mostly the dance sequences — which I had to fast forward as it made me uncomfortable. But what is important to understand here is how dangerous internet cultures and influences are to minors, especially when there is a lack of parental guidance and presence. In conclusion, I would say the film is part-realistic and part-cautionary. Whether you can stomach it, is a whole another story!”

Like Amy, the film’s 11-year-old protagonist, Doucouré, who calls Amy her “alter ego” was raised by a family of Senegalese immigrants in Paris and grew up struggling to balance mainstream French culture and her Muslim parents’ more traditional values of femininity.

Refuting critics’ claims that the movie is Islamphobic, Raza says, “As a Muslim woman, I can say it is not. What the movie aimed to point out is how in society we are okay with sexualized music videos and shows happening with adults, but when the same thing is done by impressionable kids who mimic this behavior; we are horrified. The failure is on the part of Netflix, which promoted it with a sexy poster instead of the more innocent French one.”

Raza adds emphatically, “Watch the movie to learn a lesson. You can skip the dance sequence!”

To this Kulkarni adds, “I think the outcry here is because there’s a target —Netflix as well as Doucouré. Platforms like Tik Tok and its pressures on young girls is one of the things the movie is trying to show.”

But not everyone is criticizing the film, although fingers still point at choices made by Netflix. Binod Dahal, Bollywood event manager, businessman and healthcare industry professional, who lives in Connecticut says, “The movie is well made. I enjoyed watching it. The lead actress has done a great job. Given that the film courted no controversy in France or at Sundance, where it premiered, I feel it’s because the first poster that Netflix released is what made the American audience uncomfortable.”

Dahal further adds, “For the most part, I was comfortable watching the movie, except at a few places I felt the director went over the edge. Although, I don’t have kids of my own, I am always surrounded by my nieces and nephews and hence I understand the reaction some parents have had.”