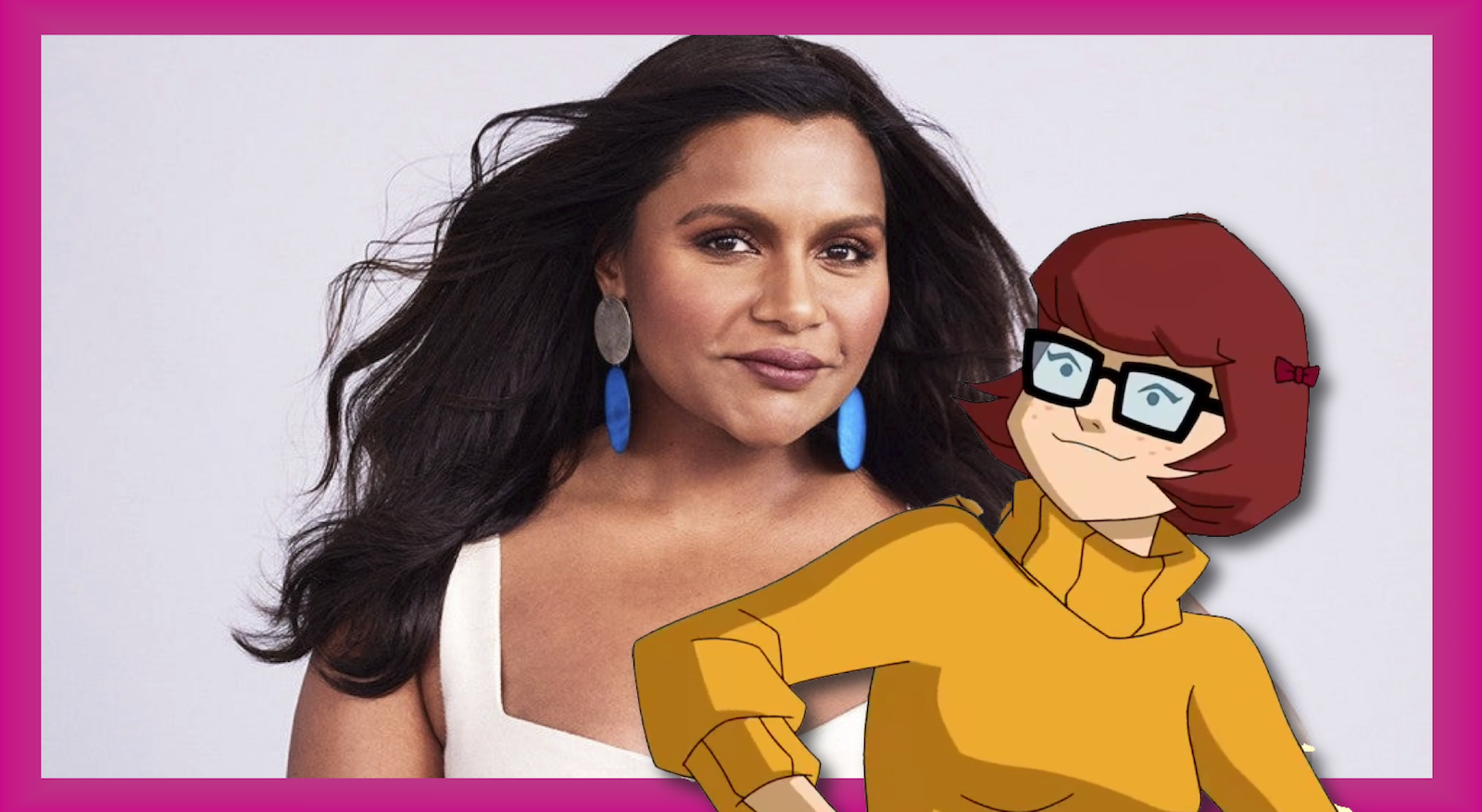 Looks like Mindy Kaling, actor and writer best known for “The Office” and “The Mindy Project,” and Netflix’s “Never Have I ever,” will be getting her glasses and orange turtleneck out of storage as it was recently announced that she’ll be voicing Velma in a Scooby Doo spinoff that will be available exclusively on HBO Max.

“Velma” will share the origin story for the “unsung and under-appreciated brains” of the Mystery Machine gang, notes The Hollywood Reporter. “It is an adult animated comedy series telling the origin story of Velma Dinkley, the unsung and under appreciated brains of the Scooby-DooMystery Inc.,” the statement from HBO Max said. “An original and humorous spin that unmasks the complex and colorful past of one of America’s most beloved mystery solvers.”

Kaling will also serve as an executive producer on the series, with her frequent collaborator Charlie Grandy, and Howard Klein and Sam Register of 3 Arts. It is one of three new animated projects HBO Max has green lit recently.

Kaling’s casting led to an unhappy critic taking to Twitter to voice displeasure. When the popular film Twitter account @DiscussingFilm tweeted the news that Kaling will lead the cast of the new animated series, one far-from-happy critic responded by asking “starring Mindy Kaling?” and then added a gif of Michael Scott (Steve Carell) from “The Office,” shouting, “No!”

Well, Kaling saw the tweet and decided to respond for herself. Cool as ever, Kaling, 41, reacted to the now-deleted tweet by informing the troll, “I wrote the episode of “The Office,” this gif is from.” Mic drop! This has to be the biggest burn of all time. Guess one should think twice before crossing Kaling, who got her big break playing Kelly Kapoor, office chatterbox on the Emmy-winning show. She also nabbed countless nominations for acting and writing awards for the same show.

The episode in question, “Frame Toby,” is one of the 22 episodes Kaling wrote during the show’s nine-season run, along with four others on which she was credited as a staff writer. She also served as a story editor, producer, and executive producer, while starring in 158 episodes.

Immediately, Kaling’s fans responded. One netizen, Lukie and the Phantoms tweeted, “They are looking for words like Velma is looking for her glasses.” Another said, “That burned so much that the original tweet turned to ash.” Todd Breasseale responded to Kaling, tweeting, “I’ve not yet stopped laughing at how massively you owned this tool, with this response. It’s was like watching art happen in real time.”

Kai MacMahon lent Kaling his support with the tweet, ‘This is a quite spectacular beatdown that is as subtle and understated as it is savage. Extremely good work, thanks.” Adding a video of Michael Jordan making his amazing dunk shot, Ben G. tweeted in all caps, “AND IT’S MINDY FOR THE WIN.”

During an interview on “The Drink with Kate Snow” (NBC), Kaling, who wrote 24 episodes of “The Office,” cites her immigrant parents as the source for her fierce work ethic. “Even though my interests were comedy, theater and writing, I will say I was very that kind of like type A, born from Asian parents about the way that I was gonna get there,” she said. “Even though my interests were like artistic, the way I got there was very methodical, results orientated. I think that’s because I had these strivers for parents; immigrants who had to rebuild their lives in the United States. It actually helped that I’ve always had that kind of determination and work ethic that I got from them. I don’t think I would be where I was now if I didn’t  have that.”

The “Mindy Project” star is joining a long list of actresses who have earlier lent her voice for the loved character, following Kate Micucci in several recent Scooby shows and “Jane the Virgin” star Gina Rodriguez in the 2020 movie “Scoob!”. Linda Cardellini played Velma in the 2002 and 2004 live-action movies, while Hayley Kiyoko played Velma in 2009’s “Scooby-Doo! The Mystery Begins” and “Scooby-Doo! Curse of the Lake Monster.” Sarah Gilman also played Velma in the 2018 movie “Daphne & Velma.”

Kaling, who is a single mom to 3-year-old daughter Kit, and 4-month-old son Spencer, launched her entertainment career by portraying Hollywood star Ben Affleck in an off-Broadway play called “Matt & Ben,” which she co- wrote with her best friend from college, Brenda Withers, who played Matt Damon. “My career … has been such a roller coaster,” revealed Kaling during the interview on “The Drink with Kate Snow” (NBC), talking of all the rejections she faced before landing ‘The Office.”

Kaling, opening up about her start in the business, told Snow, “I had just come to New York and the play was a huge success, which was so surprising to so many people. We felt like we were the toast of the town.” The excitement continued when The WB expressed interest in Kaling and Withers writing a pilot about their lives.

The pair came up with a script called “Mindy & Brenda,” in hopes that they might also star in the series if it were picked up. But a rep from the network squashed that dream, telling the duo, “We don’t think you guys look camera ready.” So they let me audition for the role of Mindy, but they didn’t cast me or my friend,” Kaling added.

While Kaling was devastated by the rejection, an even better career opportunity was on the horizon. The “The Office” came out, which was almost a celebration of a completely different philosophy. That show is not about beautiful people,” she said at the interview. “It’s about real people being funny. That kind of saved me,” said Kaling, looking back. “And not just saved me in terms of my career, but saved me, like, mentally and emotionally.”