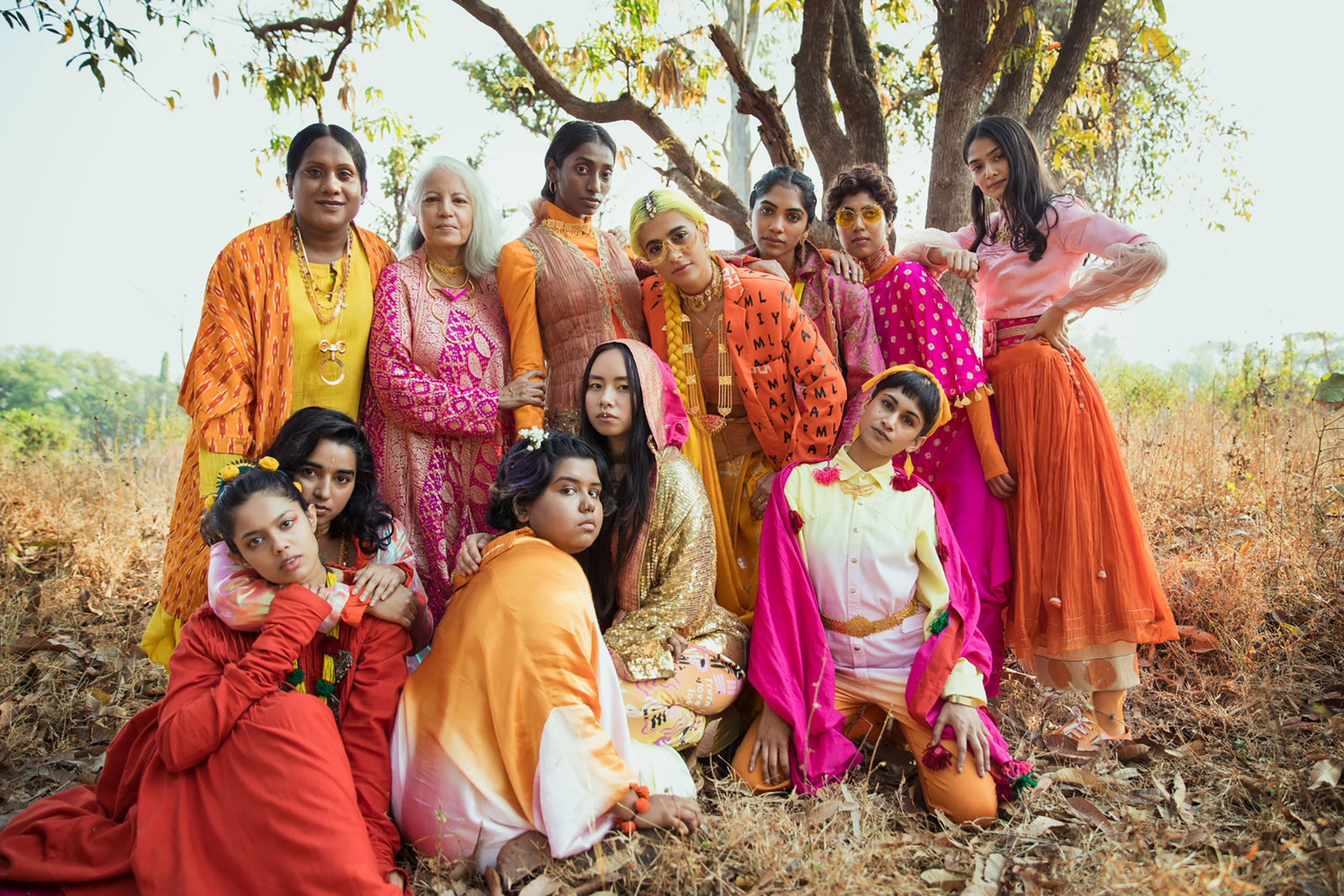 The Unbearable Burden Being on a Dependent Visa in America

In her new song, “Waiting for Me,” Indian American singer, producer and activist, Kiran Gandhi, popularly known as Madame Gandhi, calls on listeners to examine how capitalism and oppression serve to keep us compliant while suppressing dialogue and critical thinking.

Directed by Misha Ghosh, “Waiting for Me” marks Gandhi’s first-ever video shot in India, as well as her partnership with Sony Music Masterworks. The song is part of her upcoming short-form album, “Vibrations,” and was conceptualized and produced by an all-female team and features queer, trans, female and gender non-conforming cast members.

The cast includes, among others, queer activist and artist Priyanka Pauly, the trans activist Shanthi Muniswamy, and Angel Georgina Konthoujam, an activist who represents the Meitei people of Manipur.

The music video begins with a class of 10 girls in dull grey school uniforms marching robotically up, down and within the dull grey concrete of a building under construction. Halfway through the video, they walk out of their rigid and structured existence and into a forest.

Gandhi says her new single “is a call to action for each of us to examine how hierarchy, capitalism and systemic oppression serve to keep us obedient, with little space for dialogue or critical thinking. My hope is that this video inspires folks to ask,  ‘Are my behaviors contributing to the oppression of somebody else? And what contributes to my own oppression? What does my version of freedom look and feel like?’”

Gandhi has toured as the drummer for British rapper, singer, songwriter, record producer, visual artist, and activist, M.I.A., Thievery Corporation and most recently Oprah on her 2020 Vision Stadium Tour. In 2015, Gandhi ran the London Marathon with period blood as a symbolic act to combat global menstrual stigma. “Running 26.2 miles with a wad of cotton material wedged between my legs just seemed so absurd,” she wrote in a column for Independent UK.

Her song “The Future is Female” reached Number 8 on the Spotify Viral U.S. Charts following the 2017 Women’s March. She has released two short-form albums, “Voices” (2016) and “Visions” (2019), accompanied by a series of music videos produced and conceptualized by women and gender non-conforming creatives.

Gandhi also recently provided a song to the new two-part documentary series “And She Could Be Next,” working in collaboration with Gingger Shankar on a track entitled “Freedom Cries” for the Ava DuVernay-produced show.

In a 207 interview with the New York Times, Gandhi said she prefers to work with women, finding male energy to be too domineering “I’m always trying to look for other women I want to collaborate with,” she said. “That’s my priority, but I’m trying to think about how much I want to include men.”

Gandhi studied Political Science, Mathematics, and Women’s Studies at Georgetown University and received her M.B.A. from Harvard Business School. It was while at Georgetown that he interests in music and politics fused — she met and began performing with boundary-pushing electronic duo Thievery Corporation, including an appearance at Bonnaroo in 2010, after they organized a protest over the closing of a local homeless shelter. While at Harvard, she juggled playing shows around the world with M.I.A. and taking classes.She also previously served as the first digital analyst at Interscope Records in Los Angeles.