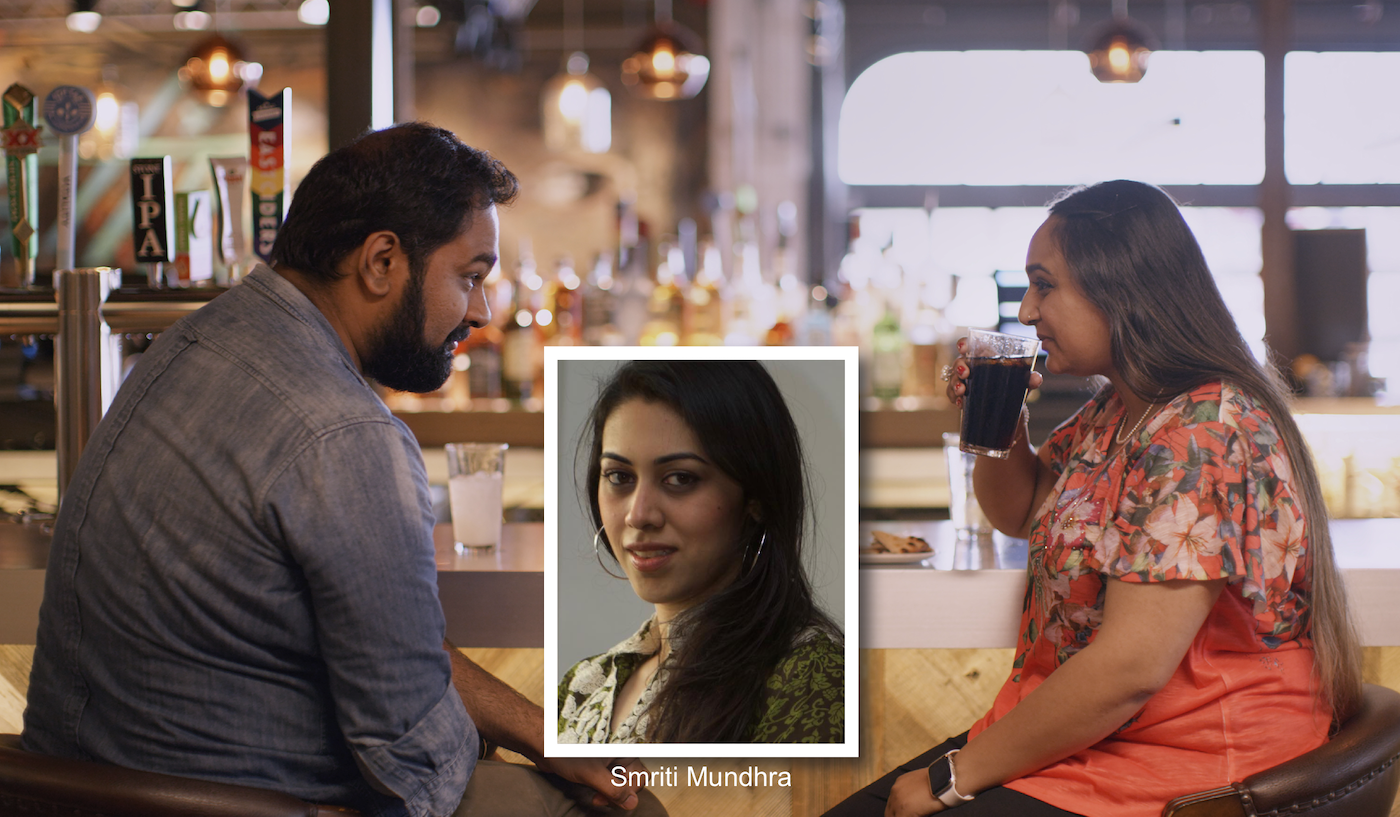 Indian American filmmaker Smriti Mundhra, creator of Netflix’s “Indian Matchmaking,” has been signed by CAA (Creative Artists Agency), the Los Angeles, California-based talent company. Mundhra created and executive produced the Netflix original series, “Indian Matchmaking” which is nominated for an Emmy award for an outstanding unstructured reality program. The series follows matchmaker Sima Taparia, and offers an inside look at the custom of matchmaking in Indian cultures through a contemporary lens.

The filmmaker and producer took to Twitter to share the news, first reported by Variety. “New things,” she tweeted and shared the Variety article.

Mundhra is the founder of Meralta Films, a Los Angeles and Mumbai-based production company focused on creating premium fiction and non-fiction content from culturally specific points of view. The company is currently developing projects with Apple TV Plus and HBO Max, among others.

She currently serves as a consulting producer on the new HBO Max feature “Hallowed Ground.”

Mundhra’s film, “St. Louis Superman,” was nominated for an Academy Award for best documentary short in 2020 and won the Critics Choice Award for best short documentary. The project, co-directed with Sami Khan, followed Bruce Franks Jr. as the former battle rapper, Ferguson activist and Missouri state representative tried to pass a critical bill for his community.

Her directorial debut, “A Suitable Girl,” premiered in competition at the 2017 Tribeca Film Festival, where it won the Albert Maysles Prize for the best new documentary director. She was also an executive producer on “1232KMS,” a documentary film for Disney Plus Hotstar.

Mundhra was born in Los Angeles and raised between Los Angeles and Mumbai, India. Her father, Jag Mundhra was also a filmmaker. Before she was born, her parents rented a single screen in Culver City, Los Angeles, and became the first exhibitors of Bollywood films in the United States.

Mundhra started working in film in her teenage years as a production secretary on the Coen Brothers’ “The Man Who Wasn’t There” and “O Brother Where Art Thou?,” as well as Spike Jonze’s “Being John Malkovich,” and as the production assistant on Neil LaBute’s “Nurse Betty.”

She then went on to produce “Bomb the System,” starring Mark Webber. It was nominated for an Independent Spirit Award for the Best First Feature award. In 2005, she produced “Waterborne,” about three sets of residents who band together after a terrorist attack against Los Angeles’ water supply. The film received the Special Audience Award at the SXSW Film Festival that year.

The next film she produced was Tanuj Chopra’s “Punching At the Sun,” which premiered at the 2006 Sundance Film Festival. It was an official selection at the Tribeca Film Festival. The film won the Grand Jury Prize at the San Francisco International Asian American Film Festival.

Riz Ahmed Gets Oscar Nomination for Short Film ‘The Long Goodbye’ He Co-wrote, Produced, and Stars In

After graduating from Columbia University, Mundhra, along with fellow Columbia alumna Sarita Khurana, moved to Mumbai to begin filming “A Suitable Girl.”

Her directing projects include the HBO Max documentary series “Through Our Eyes,” centered on the Los Angeles housing crisis; a four-part docuseries centered on the history of Bollywood; and a six-part docu-series about civil rights in the modern day.

Mundhra has BA in English from California State University, Northridge, and Masters of Fine Arts (MFA) degree in film at the Columbia University School of the Arts.

She is married to Emmy-nominated screenwriter, Christian Magalhaes and they live in Los Angeles, California with their two children.