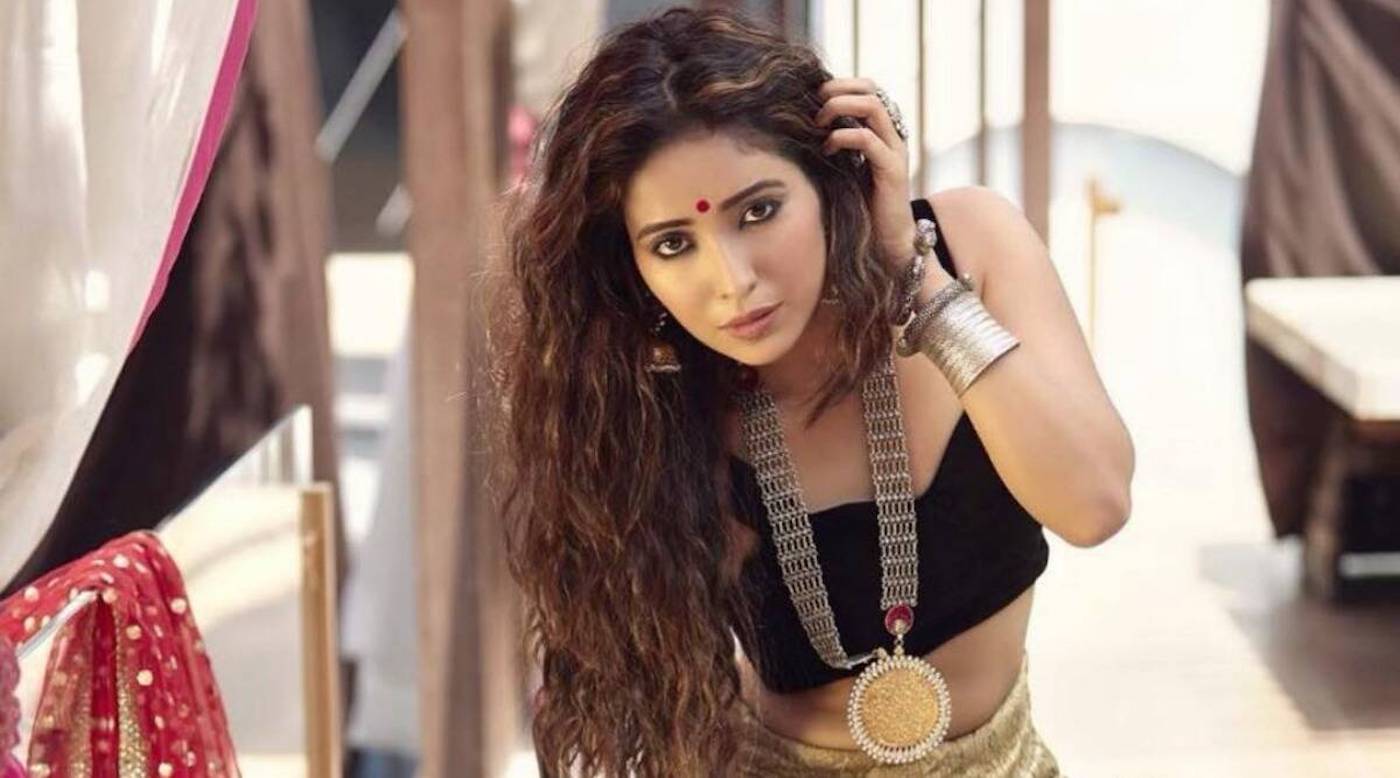 There are times when a writer-director has an aha moment, hitting on a novel idea, which he then turns into an entertaining fare. Sadly, writer Nikhil Nair’s Jimmy Shergill and Asha Negi starrer “Collar Bomb” is not that. Directed by Dnyanesh Zoting, this crime-thriller is barely serviceable, with logic taking a hit and it definitely put a damper on my weekend watch.

“Collar Bomb” opens with brash youngster Akshay (Naman Jain from “Chillar Party”) asking his father, former super cop Manoj Hesi (Jimmy Shergill), why he left Sanawar. Having earned a spot at the Sanawar’s top school, St George, he later realizes that it was a gesture of thanks to his father for solving a complicated case relating to a teen girl’s death.

Called to a function at the school to honor Hesi for his bravery, the acerbic dad-son conversation has to be cut short by a suicide bomber Shoeb Ali (Sparsh Shrivastav), a collar bomb in tow, and a list of quite impossible demands. Ali is clearly not the mastermind. We discover he is taking orders from an anonymous lady, Rita, who seems to have her own devious motives. On the order of his boss lady, Ali instructs Hesi to complete three tasks, or else…It doesn’t take Karamchand to figure out that the 50 kids taken hostage will pay the price.

But there’s also more to Hesi than meets the eye. His past holds a dark secret. As the fight to the finish begins with decorated cop Hesi once again trying to be the hero of the hour and save his son and the other kids held hostage in the school, the shadow of his purana paap looms large. Old secrets come tumbling out and just as we are settling in for a roller coaster of a ride, the secret is unceremoniously revealed, leaving us saying “duh.” Connecting the dots is child’s play after that, making the rest of the film predictable and frankly quite a snooze fest.

Nair’s writing falls short, unable to stir the broth well, leaving many distasteful lumps in the whole piece. Nair’s writing is regressive and there are so many loopholes. For example, a posh school, like the one shown in the movie, would have CCTV cameras in today’s times, to capture all deeds and misdeeds, but that angle is not shown here. Cops don’t even ask to see the CCTV footage!

Secondly, when a mother sees her son being shot right in front of her, however, scared she may be, she would probably try to save him rather than shoot a video of the proceedings. There is a scene when the villain leaves the scene of the crime to go to an underground tunnel with Shergill, leaving the hostages unattended. But the hostages, the cops and the anti-terrorist squad, just wait… doing nothing. The police officer could have easily called in the bomb squad to help, but no, they just waited at the crime scene. Illogical scenes like this make you wonder what the writer-director duo was thinking, or in this case, not thinking.

The film, posited as a thriller has to hook the viewers by its twists and turns, but unfortunately, both the writer and director seem to have forgotten thriller-direction 101. Although there’s a good combination of crime, drama, action, mystery, and emotions in this story, it fails to have any impact. And what viewers are left with is spending time, scratching their heads as they try and decipher the convoluted plot. And when it comes time for the suspense, the bubble bursts quickly. You keep waiting for that wow moment, but it never comes.

The direction begins promisingly, but the cracks are not hidden for long. There are more loose ends than tight ones. At least a few scenic shots could have softened the blow, but sadly they too are nowhere to be seen. Eventually, like me, you will lose interest.

The director also fails at bringing out the best from his actors, leading to poor performances. Shergill is a good actor, but all he has to offer in this is a tepid performance with very little facial expression. He is seen whispering the dialogues rather than speaking them. In his defense, Shergill seems trapped in a script that leaves little room for vivid character development. TV actor Asha Negi as ASI Sumitra Joshi, who recently appeared in “Ludo” and “Abhay 2” opposite Kunal Khemu, is impressive. She is seen doing some of her own stunts as well (spoiler alert: the scene where she enters a dhaba, which is set on fire by some miscreants, is quite a dhamekedar entry) and even her local dialect is spot on. Rajshri Deshpande as villainous Rita and pseudo-terrorist Sparsh Shrivastav (of “Balika Vadhu” fame) could have been a value add here, but they both are under-utilized with shoddy direction at the helm. Nisarg Mehta and Gaurav Sharma’s dialogues are quite average and nothing to write home about, being more reminiscent of 80s cinema than today’s.

The only good thing about “Collar Bomb” is its length. Thankfully, the creators only wasted 86 mins to wind up this mess. So, if you are looking for a serviceable thriller, this might just be your cup of tea. But if you are a discerning viewer, I strongly suggest you skip this. “Collar Bomb” is a crime thriller without the thrill!