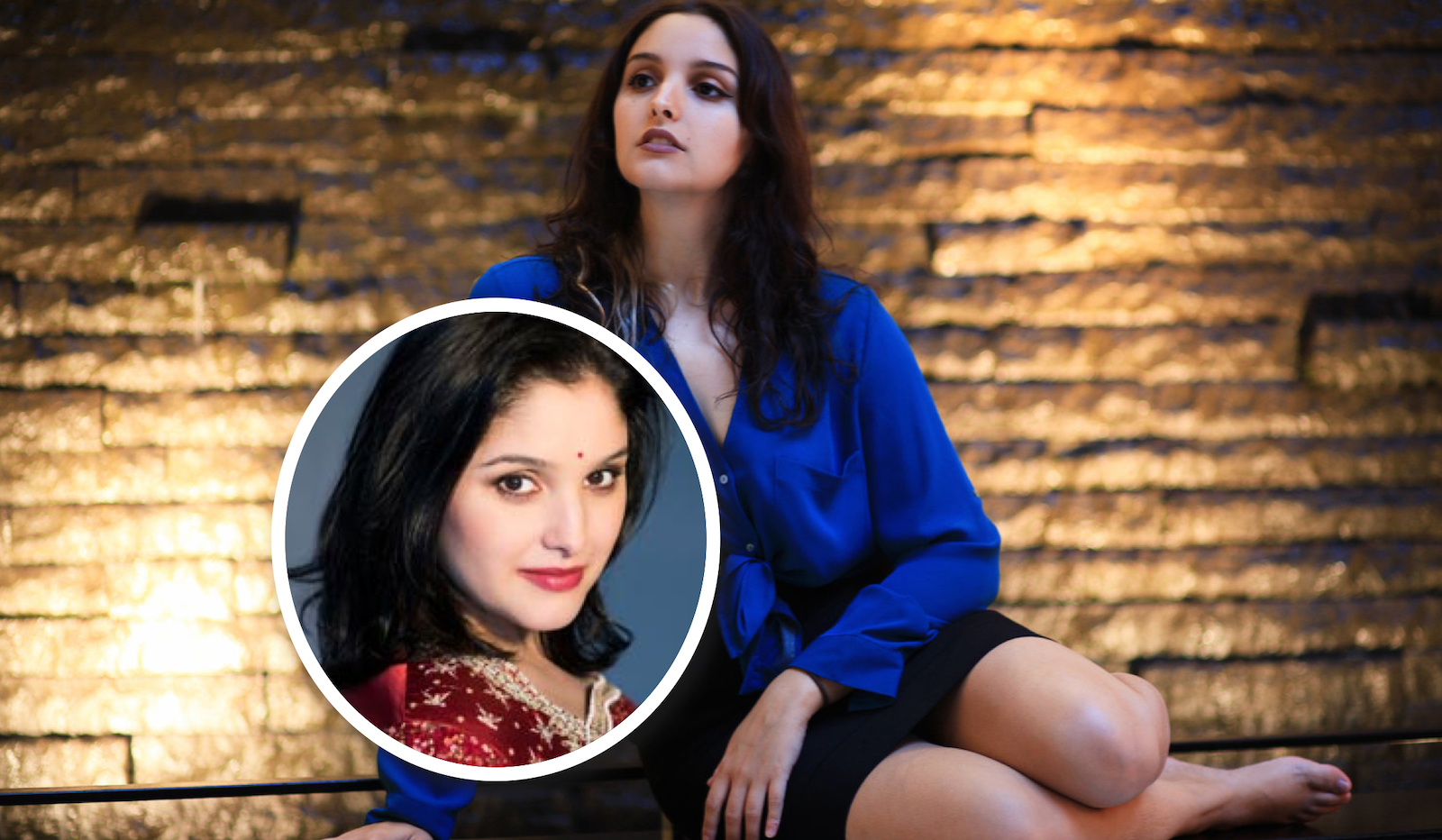 Maskless Woman Who Assaulted Nepali Uber Driver Arrested, Another Suspect to Turn Herself In

For all you movie buffs out there, don’t forget to catch Indian American actress and singer Sheila Houlahan in her break out role alongside Academy Award winners such as Denzel Washington, Jared Leto and Rami Malek in the new Warner Bros. feature film, “The Little Things,” written and directed by John Lee Hancock. The film follows Kern County Deputy Sheriff Joe “Deke” Deacon (Washington), who becomes embroiled in the search for a killer who is terrorizing the city. Leading the hunt, L.A. Sheriff Department Sergeant Jim Baxter (Malek) is unaware that the investigation is dredging up echoes of Deke’s past, uncovering disturbing secrets that could threaten more than his case. In the film, Houlahan, whose mother is of Indian descent, plays Paige Callahan, a girl from the wrong side of the tracks whose fate is ultimately bound to Deke’s.

An accomplished singer, talented actress, Houlahan, who is months away from getting her graduate degree in business and mental health, is the quintessential triple threat – beautiful, talented and smart. She says landing a role in the Warner Bros/ film was a dream come true. “I ran around my room screaming for ten minutes,” admitted Houlahan to King5. When asked what it was like working with movie legend Denzel Washington, she said he was not only a pro, but kind. “The theme in my head the whole time was — I am getting paid to do this. Someone is paying me to have a master class with a legend. He was so giving of spirit. He was loving and giving with his time,” explained Houlahan to King5.

Houlahan was born in Seattle, Washington, and raised in Bellevue by an Indian mother Parul. In a January 2018 blog on Eat, Darling, Eat, she shares a story of how her mother’s Indian cooking healed and comforted her as she went through eating disorders. She writes about how her mother fouled feed her applesauce and mashed banana, “classic gentle baby foods.” At the time, her mother was “one of the only Indian immigrants in my hometown outside of Seattle,” she writes. When her mother took the young Sheila to the doctor, she was told she was overreacting. “She heard this sentiment from the medical profession over and over, a kind of gaslighting all of my childhood,” Houlahan writes.

“My mother was born and raised in Mumbai and came to the United States in 1980 through an arranged marriage,” she writes in blog. “She eventually left her husband, met my father (Paul), and was an extremely Westernized wife and mother. She almost never wore saris. Her generation was taught that conformity to white American standards led to better job success, so our culture was almost entirely erased from the home and my upbringing,” she writes.

As Houlahan continued to have a turbulent reactions to eating, her mother “cooked delicious Indian comfort food that nourished my body and soul.” As she is working on her relationship with food, Houlahan says the mother-daughter duo “are working through a lot of anger at decades of misdiagnoses, but we are actively turning that anger into advocacy for eating disorder awareness. She has given me her love of food, and cooking together has become a method of mutual healing. If anything, I have too much energy today, and I know that I would not be here without my mother’s perseverance, hope, and spices.”

Houlahan started singing at the age of six, according to her website. She went on to attend the prestigious Manhattan School of Music where she honed her music and singing skills. She attended Forest Ridge School for girls in Bellevue and spent a lot of time with the Seattle Girls Choir. She went on to attend The Manhattan School of Music; and has even performed with the Seattle Symphony.

“I had only ever done music and had never questioned if that’s what I wanted to do,” said Houlahan to King5.  But when she started exploring acting, she said it actually made her a better singer.  “Once I started dipping in more as an actor, that’s when the singing really took off.  I debuted at the Seattle symphony, I started working with recording artist A.R Rahman and kind of working across multiple genres at really big venues, New York and Vegas and getting into songwriting as well,” shared Houlahan with King5.  In fact, Houlahan wrote a song called “Keep on Marching On,” inspired by the ‘Me Too’ movement.

While in New York, she also studied with renowned acting coach Penny Templeton. Houlahan is also the recipient of the prestigious Metropolitan Opera Competition District Award. She can also be heard on the Cirque du Soleil soundtrack for “Volta” and on the soundtrack for the hit video game, “Destiny 2,” said her bio.

Her acting resume includes a regular role on Amazon Prime’s “The Scottish Play,” an absurdist comedy about a bunch of degenerates attempting to put on a production of Macbeth; a recurring co-star role on SyFy’s “Z-Nation”; and a recurring guest star role on HD Discovery Channel’s “The Wonderland Murders.” Additionally, Houlahan played the lead role of Nina, a troubled teen with supernatural powers, in the film “Beloved Beast,” and also appeared in Paradigm Studios’ feature film, “Wallflower.” In addition to acting and singing, Houlahan has dabbled in modeling for Bustle, T-Mobile, Amazon and a host of other national brands.

She is a celebrity champion for Project HEAL, a nonprofit organization that helps people suffering with eating disorders pay for treatment. An activist at heart, Houlahan, being of Asian-American descent, has most recently been struck by the COVID fueled, anti-Asian racism occurring in America. “Growing up as a mixed race individual, I felt like I identified with both races until my race was called out,” she told Influencive. “Even as a kid, I would feel like I fit in for the most part and then suddenly being the subject of racially derogatory comments,” she said. “No one’s talking about the murders of Asian American elders right now. A lot of actors have spoken up about what’s happening, but there is a profound amount of silence about it. This is not okay and I am extremely passionate about speaking out against the murders that are happening and shining light on it as much as possible.”

Between March of 2020 and December of 2020, the organization Stop AAPI Hate received over 2800 firsthand accounts of anti-Asian hate from 47 states. In her interview with Influencive, she said: “We’ve got a long way to go until representation is truly equal; having a term like “diversity” implies that there is still an ‘otherness’ in this representation.” And although she is a “descendant from a different part of Asia than those being targeted by these attacks,” she said “this is something near and dear to my heart. I have far too many friends and family members who are scared to go outside right now, so I am deeply passionate about this.”

Currently, because of the pandemic, Houlahan is back in Seattle and working on new projects and finishing up her graduate degree in business and mental health.

“The Little Things” started streaming on HBO Max on Jan. 29, and is a definite must-see.