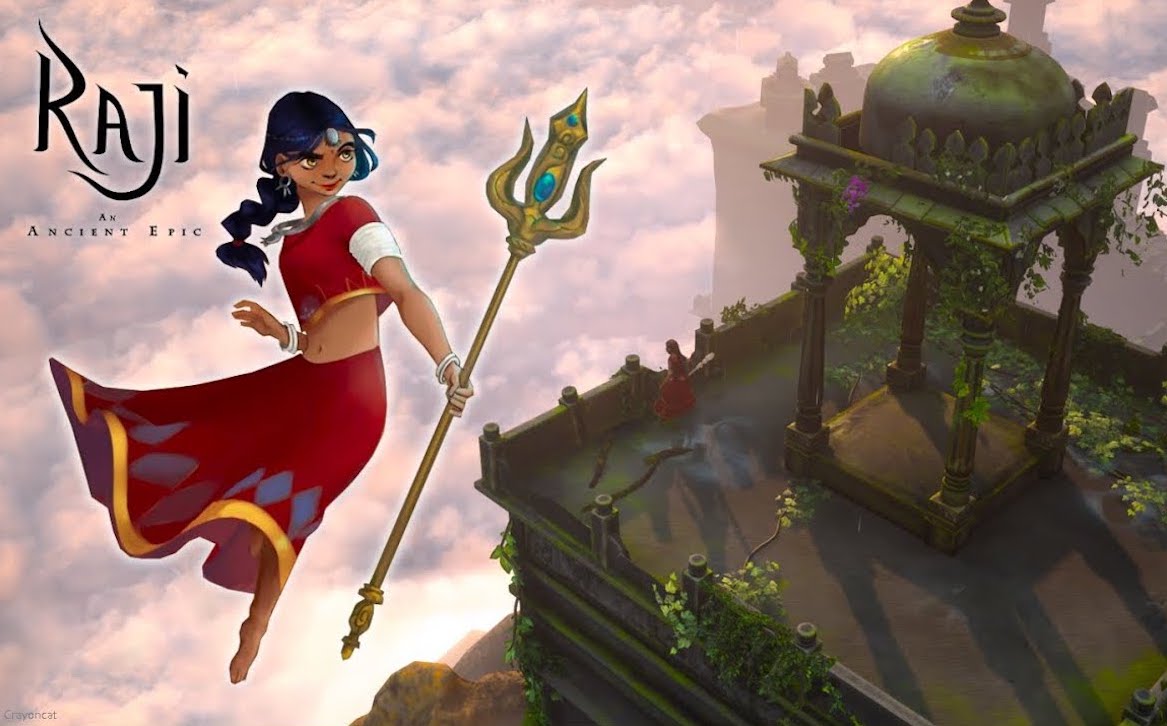 As a Doctor I’d Say Don’t Fear the Coronavirus, Fear the President of the United States

There is a lot of buzz among video gamers around “Raji: An Ancient Epic,” an action-adventure game set in ancient India. Developed by the Pune, India-based Nodding Heads Games and published by super.com, “Raji” will release the PS4 and Xbox One versions on Oct. 15. It has been available on the Nintendo Switch since Aug. 18.

Based on Hindu mythology, and a voice-over by Goddess Durga, “Raji” tells the story of a young girl who has to rescue her younger brother, Golu, and face the demon Lord Mahabalasura. “The game has a vibe similar to the classic ‘Prince of Persia’ series, but it stands out with features like unique weapons and tactical combat,” the developers say on the game’s website. According to the website, the features of the game include “the unique Pahari art style and beautifully detailed hand-drawn textures,” as well as “a vast arsenal of weapons, every one of which has a unique utility.”

Reviews for “Raji” have been mostly positive, with gamers praising its features like the puzzles, the fluidity of movement and mythical vibes. Vice calls it a “beautiful game that brings an authentic Indian flavor to the Nintendo Switch.” Calling it “India’s biggest console game launch ever,” the magazine said the game includes “breathtaking visuals and celestial demon-slaying weapons.”

Similarly, Gadgets 360, in its review said: “The big charm of ‘Raji’ is its unique visual, aural, and scripted landscape, owing to its Indian roots and thanks in part to the fact that it’s rarely depicted on screen in the video game arena.

The Hindu, in its review, called “Raji” a rare gem — “A stunning game, lovingly hand-crafted with excellent art: towering statues lit in shafts of light, glowing illustrations on the walls, ancient wall murals and carvings, palaces lit with moody lanterns, the city in the distance, and even beautiful ornate doors with sunlight filtering through stained glasses.”

While some reviews praise the overall game, they point out a few glitches in actually controlling Raji.

“The environments in the game are its chief asset,” writes Christopher Byrd in The Washington Post. “Bold colors arrest the eye without overwhelming it with extraneous details,” he writes. While the “radiant portraits of Hindu gods painted on various surfaces,” is “of the more interesting facets of the game,” Byrd says: “These snippets of Hindu mythology washed over me because their trivia is not otherwise interwoven into the fabric of the game. Still, I appreciated these asides. Hindu culture is not something I can recall encountering in a video game.”

Agreeing that the “game’s visuals make a stellar first impression,” Ryan Steven writes in the Cultured Vulture that the story’s cutscenes, “depicted in wonderfully-detailed 2-D puppetry with entrancingly fluid motion and weight,” invite the player “to suspend their disbelief and buy into this reality.” However, Steven writes that “while the game’s visuals are eye-poppingly gorgeous, actually playing Raji is a much less enticing experience.” Calling Raji “a realistic heroine,” Steven says “she does not control very well. Fights are tense and nail-biting affairs for the wrong reasons — Raji’s controls are floaty, awkward to figure out, and sometimes completely baffling, leading to an often infuriating experience.”

The popularity of video games set in exotic, mythical locations like “Raji,” show that along with its interactive nature, location plays an important role in a game’s appeal.

Another India-developed game which brings a desi flavor to a video game is “Antariksha Sanchar.”

Created by the Goa-based Quicksand, “Antariksha Sanchar” is inspired by the dream theorems of prodigious mathematician Srinivasa Ramanujan, and an opera by the classical dancer Jayalakshmi Eshwar — “weaving Indian culture and philosophy with a stunning visual presentation,” according to its website It says the game boasts “a memorable Indian classical soundtrack of Carnatic musicians and instrumentalists, including samples from the dance repertoire of Bharatanatyam dancer Jayalakshmi Eshwar, and contributions from electronic musicians from India.”

However, these are not the only video games that focus on India. Set in the mountains of Tamil Nadu, in the midst of a civil war, is “Uncharted: The Lost Legacy,” a series from the highly popular “Uncharted” franchise. Desi blitz says the series “captures the essence and beauty of India, even though some landmarks are fictitious.”

India has been an important feature in several video games like “Assassin’s Creed Chronicles,” “Tomb Raider III,” “Call of Duty: Modern Warfare 3,” “Hitman 2: Silent Assassin,” and “Prince of Persia: The Sands of Time.”

“Assassin’s Creed Chronicles,” a sub-series of video games in the “Assassin’s Creed” franchise, consists of three games developed by Climax Studios and published by Ubisoft in 2016. The second game in the series takes place in 841 India, features the male protagonist, Arbaaz Mir, while the Sikh Empire was at war with the East India Company.

India plays a central role in “Prince of Persia: The Sands of Time” as the 2003 adventure game follows an unnamed prince and the army of his father Sharaman who passes through the country to visit the Sultan of Azad.

India is one of the many locations visited in the “Tomb Raider” series. In the third series, the protagonist Lara Croft goes to India to find an artifact called the Infada Stone.

In series like “Modern Warfare 3,” and “Hitman 2: Silent Assassin,” India is only featured for a small part of the game. After killing antagonist General Shepherd at the end of “Modern Warfare 2,” Nikolai takes protagonists Price and Soap to a safe house in Himachal Pradesh.