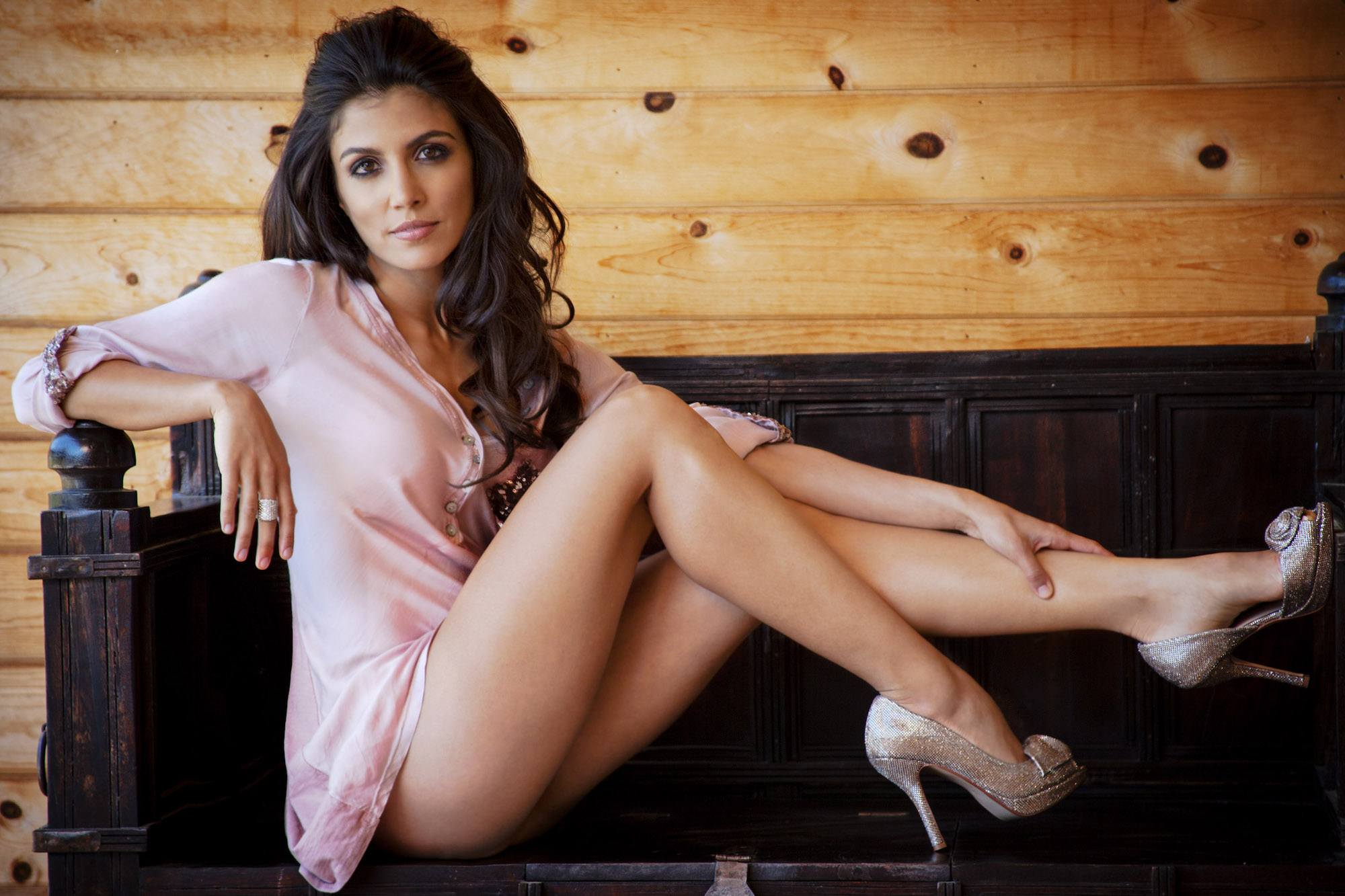 Dr. Atul Gawande, Member of President-elect Biden’s Covid-19 Task Force, is a Man for All Seasons

Indian-born Canadian actress Nazneen Contractor, best known for her role as Layla Hourani on CBC’s “The Border,” and as Kayla Hassan on Fox’s “24” (2010), is making history as the first South Asian lead in Hallmark Channel’s “The Christmas Ring.” Contractor said she never realized she was the first South Asian in a Hallmark till day 3 of filming when director Troy Scott came up to her and said, ‘you know you’re the first right…the first East Indian in a Hallmark movie.’ Of course he was right. We even checked with legal,” she tells in her interview with Bubbly Sesh on Hallmark Channel.

“The Christmas Ring” tells the story of a reporter, Kendra Adams, who searches for the love story behind an antique engagement ring and with the help of the rings’ owners’ grandson (predictable love interest), they learn the legacy his grandparents’ left behind….of course falling in love along the way and walking into the proverbial sunset, hand in hand. In an interview with Showbiz, Contractor says she is thrilled to be the first South Asian in a Hallmark movie although “my ethnicity is incidental to the story.” Speaking more about her historic role, she adds, “The fact that they (Hallmark) went with a South Asian, when they could have gone with any ethnicity is a watershed moment. I am always so proud to represent my culture and heritage on screen.”

Born to Parsi parents in Bombay, Contractor moved to Nigeria with her family when she was 7 and then settled in Toronto where she spent most of her childhood and adulthood. She also has trained in classical ballet.

Passionate about acting since she was 16, she dreamed of lights, camera, action. One year into her studies at University, Contractor went to an open call audition for the play Pericles at the prestigious Stratford Shakespeare Festival in Ontario, Canada, landing the female lead role. Contractor was immediately offered the opportunity to enroll in Stratford’s conservatory program, shortly thereafter joining the cast of “A Midsummer Night’s Dream” as Hermia.

By the third season with the company, Contractor set her sights on a career in film and television, quickly booking a regular role in the Anthony Hines (“Borat,” “Bruno”) produced Fox pilot, “The Papdits.” While the show didn’t end up getting picked up as a series, soon after Contractor landed the role of Layla Hourani in “The Border,” a Canadian produced drama for CBC. The series aired worldwide, garnering Contractor a Golden Nymph Award nomination at Monte-Carlo Television Festival.

Upon moving to Los Angeles, Contractor landed the role of Kayla Hassan in the eighth season of the hit Fox drama series, “24.” Other roles soon followed including a recurring role on CBS comedy “Rules of Engagement”starring David Spade. She later joined the cast of the final season of hit drama “Covert Affairs,” opposite Piper Perabo, before landing the role of Farah Nazan in NBC’s revival, “Heroes Reborn.”

On the film front, Contractor appeared as Rima Harewood in the record-breaking Paramount feature film, “Star Trek Into Darkness,” directed by another one of her industry heroes, J.J. Abrams. Contractor most recently starred as Zara Hallam in the Frank Spotnitz produced drama series, “Ransom” (2019).” She also proudly voiced the role of Synara San in “Star Wars Resistance.”

Known for her action-packed roles, the romantic lead is new to Contractor. Speaking to Showbiz she says, “Kendra Adams was unlike any other character I’d played. It’s always fun to do something out of your wheelhouse as a performer. And the movie touches on so many themes we can all relate to – love, family and sacrifice.

Plus, the fact that her mom is a huge Hallmark movie fan, makes it even sweeter.

Speaking to Bubbly Sesh on the Hallmark Channel, a thrilled Contractor adds, “I felt really good making this movie and I want people to feel good watching it.”

One memory that stands out for Contractor which she shares on Showbiz is, “how HOT it was for that time of year in Vancouver. It was August and here we all are in wool, cashmere, winter coats and gloves selling the fact that it’s winter, when in actuality, it’s 26 degrees centigrade out! Our lovely wardrobe department would give us little portable fans and ice packs to put under our sweaters to cool off between takes.”

As to what’s next, fans can see Contractor in “Spiral,” the new “Saw “film with Chris Rock and Samuel L. Jackson that’s estimated for release on May 21, 2021, as well as the action film “Trigger Point,” starring Barry Pepper and Colm Feore.

When not working, Contractor is an avid runner and yogi. Philanthropy is a huge priority for her and she supports such organizations as Second Harvest to feed the homeless, and Look Good Feel Better, supporting women with cancer. Contractor lives in Los Angeles with her husband, British-Canadian actor Carlo Dante Rota, her two children, and border terrier.